With the release of Overwatch 2 over the horizon, much discussion has been made around the game's new hero unlock system.

Blizzard Entertainment's recent blog post focused on their planned efforts to promote “integrity and positivity” in their new title. Welcome changes were planned to be introduced to combat toxicity and account privacy issues prevalent in online team-based videogames like Overwatch 2. These included a mobile number two-factor authentication system, audio transcription software that will analyze reported players using voicechat, and removing global chat on game menus. But among these major changes, one stood out.

Starting October 4, new players (accounts created on or past the October release date) will need to grind in 100 matches to unlock Overwatch heroes from the first game. According to Blizzard's announcement, this facet of their First Time User Experience (FTUE) will introduce people to the whole scope at a comfortable pace. This has led to strong criticism within online spheres.

“This focused experience eases new players into the world of Overwatch by teaching them about different modes, rules, and other high-level aspects of the game in an approachable way.”, Blizzard wrote.

But much like every unique change to a large game title, it always comes with its own benefits. Here's how:

Overwatch 2 will become free-to-play, which means that creating an account to hop on the game will be easier than ever. This can introduce smurfs, or better-skilled players using new Blizzard accounts to hop on to lower-tiered games and wreck havoc on new players. Smurf accounts have been an ongoing problem for most online multiplayer team-based games for a long time.

In part with Blizzard's plan to implement skill tier divisions for Ranked Mode, removing the benefit of having immediate access to all of the heroes in an alternate account works towards Overwatch 2's commitment for better games. Increased chances that the people you play with/against truly match your level can enrich the competitive gaming experience for everyone.

Competitive is getting a major refresh in #Overwatch2

Learn more about what to expect in Comp https://t.co/phoWWh3nsj pic.twitter.com/VkuVpFO5Ls

2. New people will feel motivated to stay on the game

Either thru a completionist urge or just wanting to see “what this new hero can do”, setting the challenge of playing thru approximately 100 games for 100% of the heroes can make one lose track of time. With Blizzard wanting a more gradual introduction to the larger-than-life characters of Overwatch 2, their blog post's wording leads us to believe that the rewarding aspect of getting the “cool cyborg ninja” or the “other sniper lady” after a few matches will be enough to keep a new player's retention.

3. Each unlocked character will feel earned

With a roster of 35 heroes to play with, each with their own separate playstyles, backstories, and counters, new players will feel less overwhelmed when they only start with a small pool that gradually grows over time and practice. Just recently we saw Kiriko's backstory trailer having direct ties to the Shimadas. Less options for playable characters also means avoiding the paradox of choice; having too many and not being able to focus on a single one.

New players will have a more focused experience with every Overwatch hero they redeem next. Presumably, new players can probably expect a new unlock after 3 or so matches (doing the math with 35 unique heroes earned over the course of approximately 100 matches), depending on how many heroes new players start with.

This will give players more time to experience the heroes that they start early with. It'll feel great for fresh players to see that they've not only unlocked already half of the hero list, but have also taught themselves how to use and counter all of them. On top of this, new players can take their time to enjoy each hero's backstories before moving on to the next.

4. It's been shown to work in the long run

Popular games like League of Legends, Apex, and Valorant keep the majority of their playable characters behind in-game currencies, and these games are still among the top most viewed on streaming websites for years. Given that their players didn't even need to pay a cent to hop on a match, that's pretty darn impressive. It's simply one of the staple features for successful free-to-play multiplayer games, old and new. Because the more these players spend time on the game, the more they'll discover elements that they like (apart from winning at the cutthroat competitive aspect, of course.)

Players that owned the first Overwatch will still have all of the heroes from the original game unlocked. This comes with the obvious benefit of not having to grind for the rest. With this in mind, it's fun to think about the possible dynamic between a veteran and a fresh player looking for experienced advice or even training on the hero they just unlocked.

Overwatch 2 releases for the rest of the world to play for free on October 4. Everyone with decent game sense will be able to play it. Which means that if a buddy is getting into the team-based shooter for the first time and wants to know the best way to use the hero they just unlocked (say, a certain punch-y member of Talon whose Ultimate ability sorely needs a nerf), Overwatch 1 players will already have that character available. Having this mentor system can help foster better relations within the player base. 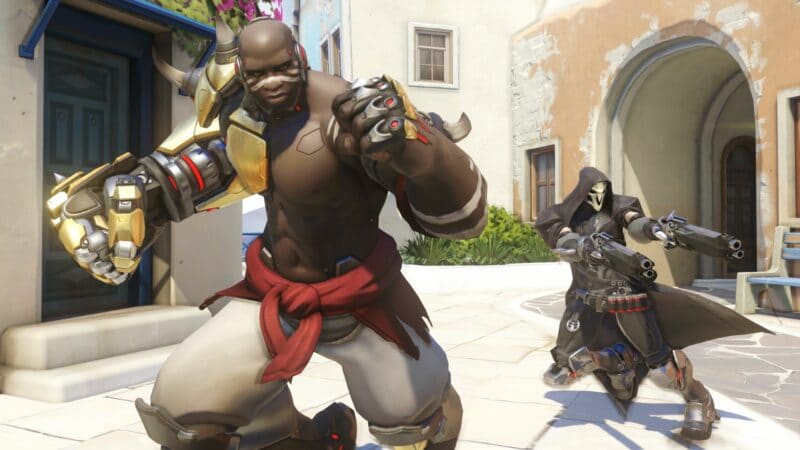 The game has introduced 35 extraordinary characters so far in its 6-year run. But the way Blizzard crafted these characters to have such distinct personalities in just their design alone. This has made Overwatch's signature heroes recognizable to this day, even by gamers who haven't played a single match of Overwatch. With that said, the way that they've curated a slower and more intimate experience in their FTUE plan shows that the new dev team has the incoming player base's interests at heart. And given the current backlash, it's safe to assume that future updates to get heroes faster/easier will come if the need ever arises.

The world could use more heroes, after all. 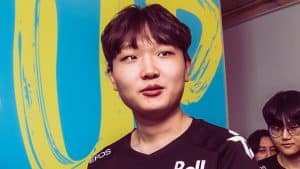