Here is our little look at Final Fantasy and what makes this franchise so great, even 35 years after its inception.

The first Final Fantasy was released on December 18, 1987. Now 35 years later, the series stands tall as one of gaming's most iconic names. What started out as an alternative to Dragon Quest's Japanese take on the roleplaying genre boasts now an impressive catalog of games. From 15 mainline titles with a brand new entry right around to corner and countless spinoff's to even a crossover with Disney. It's hard to believe that back in 1987 Square had little faith in Hironobu Sakaguchi's passion project.

While I could (and would) spend the time here to rattle off the entire history of the series, I still prefer to talk about what made the series so long-lived in the first place. The perceived failure of the first title. Because Final Fantasy is more than just a game series than any other. The title itself is less the name of a franchise of Japanese roleplaying games — it's a promise by, and a challenge to, its developers.

Every new entry usually comes with its own set of characters, a new world to explore, and new gameplay mechanics to master. It's a series of games that draws as much inspiration from itself as it does from elsewhere.

Series creator Hironobu Sakaguchi once said in drunken sarcasm to his successor Yoshinori Kitase that "Final Fantasy is Final Fantasy if it has a blue box with text in it." And while the blue box has been abandoned as a series staple, this just shows the early attitude they had towards the creative process of these titles all the way back in the 1990s.

And when you look back at the series today, it's really hard to find one exact thing all those games have in common outside of being Japanese RPGs made by Square Enix. It is a series in which you can find deep reflections on the meaning of purposes and duty, the inevitable heat death of the universe, and the ins and outs of professional horse-chicken racing. So chances are if you're not completely turned off by the idea of Final Fantasy, there is at least one out there for you.

But there is more to this, these days it's very easy to take Final Fantasy as just one of those franchises that have been around forever, but isn't really doing anything special anymore. At least in the public eye. And I don't believe that. Even the mobile offshoots have way more effort put into them than you'd expect. (For example, Brave Exvius' soundtrack ranks among the best of the entire franchise). Even the soon-to-be-defunct Final Fantasy VII Battle Royale title had a lot going for it, despite only getting a lukewarm reception. 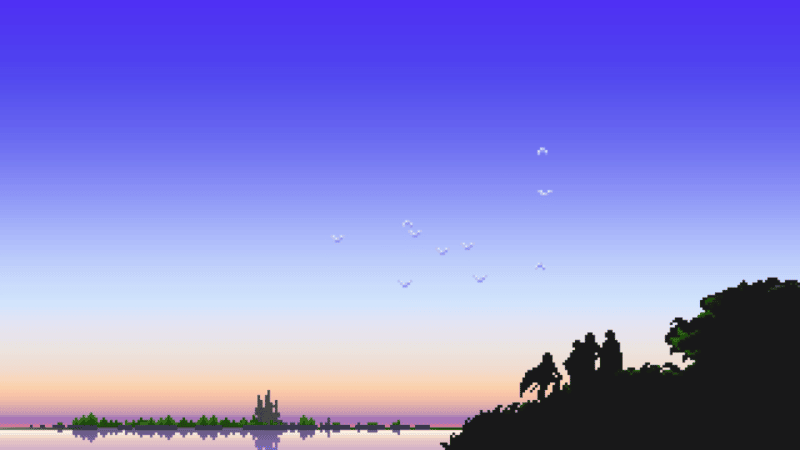 What makes Final Fantasy today, is not just the video games you'll get. Over the years Final Fantasy became this weird mixed-media collaborative art project. Yes, this does sound rather pretentious, but let me explain. If you think of iconic video game soundtracks, one Final Fantasy or another will pop up in that conversation eventually. And if we think about great video game artwork, Yoshitaka Amano, Tetsuya Nomura, or Akihiko Yoshida should definitely be considered.

The point I'm trying to make here is, a new Final Fantasy always comes off as a playground for technical artists, musicians, designers, and writers to come together and work toward one giant piece of art. And yes, I know every other game is made kinda like this, but only Final Fantasy always tries to reinvent itself.

Nothing illustrates that more than the Final Fantasy VII Remake project. Which is not what you'd consider a traditional remake. Instead, the entire project is a re-imagining of the original implementing everything Square Enix's teams have learned since the inception of the original. And not often do you see people who worked on the original game return to, what is indisputably one of the most important games ever made, 25 years after to 'make it again'.

So if I had to describe what Final Fantasy means to me, it is not chocobos and moogles or spiky-haired anime boys with ridiculous weapons. It's that feeling that starts bubbling up whenever the Crystal Prelude starts chiming in. It's the promise of a new adventure, in a new world, with new characters and a new spin on the RPG genre. While a Final Fantasy is never perfect, it is always interesting. It's a creative project that never ends and for that, I think we can all appreciate it. And who knows, maybe Square Enix has a surprise in store for us today?

Happy 35 years of charting distant worlds together, here's to 35 more.

For more ruminations on video games and everything esports, hit us up here at ESTNN