Dragonflight Season 1 Update is here, so let's take a look at what's being added.

We have an updated list of hotfixes and class tuning you can check out. The details of those are not included here.

Vault of the Incarnates Raid

The Primalists breached the Titan prison used to hold the Incarnates for millennia. Within, Raszageth performs a foul ritual to unleash her siblings, so together, they can purge the world of the Titans' influence. The champions of Azeroth must assault this impregnable fortress and break their defenses to end this threat. While many could fall, defeat condemns all the realms to the Incarnates' reign of fire and blood. There is no map available for this zone.

You can view the full tier set bonus list and a look at each set in our article. 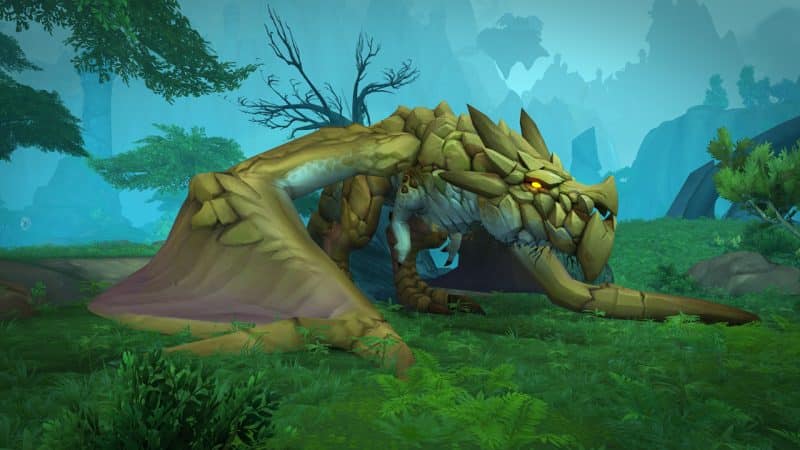 Four new World Bosses are raging through the Dragon Isles and will be on a weekly rotation: Basrikron, the Shale Wing, Bazual, the Dreaded Flame, Liskanoth, the Futurebane, and Strunraan, the Sky's Misery.

The Primalists are calling forth the harsh elements once again and causing Primal Storms to sweep across the Dragon Isles to destroy everything in their wake.

Collect Elemental Overflow from primal storms and spend it with Mythressa in Valdrakken to earn a full set of item level 359 armor for your class and specialization, Stormie and Ghostflame pets, and the Stormhide Salamanther mount. Enemies in each storm (Earth, Fire, Air, and Water) have a chance to drop their Primal Core which can be redeemed for 1 Storm Sigil each week from Rethelshi in Valdrakken that can be used to upgrade your gear to item level 385.

Additionally, the Unstable Elemental Confluence heirloom trinket and the Bag of Furious Winds toy make their return. Defeat unique enemies in Primal Storms for a chance at the Dimmed Primeval element heirloom items and the toy.

The seasonal dungeon affix is Thundering: Enemies have 5% more health. While in combat, players are periodically overcharged with primal power from Raszageth's unending storm. This power comes with great risk, and failure to discharge it quickly can have stunning consequences.

Seasonal rewards for Mythic+ include the two new titles: "the Thundering" and "the Thundering Hero", the Hailstorm Armoredon mount, and dungeon teleports.

Within Clan Nokhud's stronghold are their Proving Grounds, where the centaurs compete to be named the clan's greatest warrior. Compete for glory in this new Arena that has a unique gameplay layout, utilizing ramps, pillars and a middle wall to break your opponents' line of sight.

Just like in Rated Battlegrounds and Arenas, Rated Solo Shuffle players can earn seasonal rewards and achievements, credit towards Vicious mounts, weekly Great Vault progress, and Conquest with rewards being based on the highest rating amongst all of a player’s specializations. Players will earn all seasonal titles and achievements that they would normally in Rated Arenas, with the exception of Gladiator and its associated reward, and the top 0.1% of Rated Solo Shuffle players will earn the title "Crimson Soloist."