As we approach the midpoint of the season, we take a look at franchising; and if it was the right decision for the Call of Duty League.

On October 9, 2019 the Call of Duty League was officially announced. This revealed the 12 locations that would have teams, and marked the start of the change to a franchised league. Many fans speculated how this would change the league, in terms of competition, format and viewership. Let's take a closer look.

The Call of Duty League kicked off at The Minnesota Rokkr home series where it peaked at 102,891 viewers according to esports charts. Atlanta FaZe topped this at their home series with a peak viewership of 111,897. Last year's Call of Duty Championships peaked at 117,453 concurrent viewers, making the CDL’s best effort only six thousand viewers short.

This proves that the fanbase is still there, and has possibly even grown bigger — because CoD Champs, the biggest event of the year, only had six thousand more viewers than a normal CDL Home Series. This is also impressive for the CDL because the stream is hosted on YouTube. Twitch is the main esports platform; so the conversion to YouTube and to keep the viewership implies that the franchising has been successful. The CDL makes it a lot easier for newcomers to the Call of Duty esports scene. A reduced number of competing teams simplifies the tournament format; enabling more new fans to join and become a Call of Duty League fan. 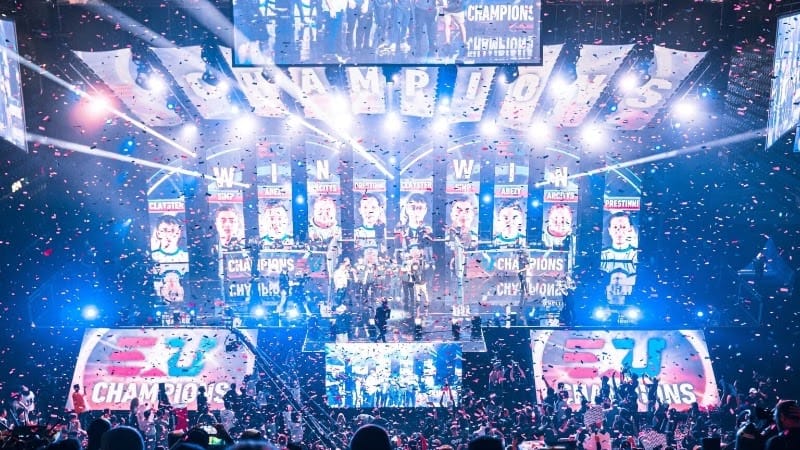 The Call of Duty World League Championships in 2019 featured 32 teams. 16 of them progressed out of pool play and into the knockout stage. In the knockout stage 38 best of five series’ were played. With 7 of them ending in 3-0 fashion. This means that 18% of all games at the most highly contested tournament of the year were 3-0 dominant wins.

In the first 38 matches of the CDL 9 best of five series’ ended in 3-0 fashion — meaning that 24% of all matches finished with a dominant win. This ~6% increase in 3-0 wins is to be expected since these are normal home series compared to the end of year championships. However, it does show that possibly some Call of Duty League teams may be weaker than previous CWL rosters.

With the recent news that all 12 CDL teams will be attending the Call of Duty League Championships at the end of the season, we may have to wait another year to truly answer whether the move to franchising was successful. However, using the data we have available now it is clear that the Call of Duty esports hasn't drastically changed from its move to franchising — and it's still the game we know and love.