Overwatch 2 is almost here! Players will finally get to log in on October 4th 2022 – only 2 more months! Check out the top 6 Biggest Changes to Overwatch 2!

It’s been over two years since the last hero, Echo, was released in Overwatch, so it’s about time for some new heroes for players to master. Fans of all roles can get hyped, because we’re getting one new support, tank, and damage per second or DPS hero.

Mystery Support: Just last week, Blizzard teased the new support, which hasn’t been revealed yet. At the end of the Overwatch 2 PVP beta, players were given a message which translates to, “What does the Fox say?” So, it sounds like the new support will be a kumiho or a yokai from Asian folklore.

(Tank) Junker Queen: Junker Queen has an ax that wounds enemies with a damage over time (DOT) that drains enemy health to heal her. With Jagged Blade she can throw the ax and return it back like a boomerang. Her Carnage ability does AoE damage in front of her while applying wounds. Commanding Shout gives Junker Queen and her allies a boost of health, and she gets a boost of movement speed. Her primary weapon is a scatter gun pump-action shotgun, and her ultimate, Rampage, dashes her forward, applies wounds to all enemies hit, and reduces the healing they receive for a time.

(DPS) Sojourn: Sojourn’s railgun builds up charge when she hits targets. Once it’s fully charged, she can unleash a secondary fire to consume the charge and deal high burst damage. Her Disruptor Shot fires an area of effect (AoE) that slows and damages enemies caught in its radius. Power Slide lets Sojourn dodge abilities as she slides on the ground, and she can cancel the ability to chain into a high jump for some highly mobile gameplay. The iconic 6v6 battles of Overwatch are now becoming 5v5 for Overwatch 2. This is part of Blizzard’s ongoing changes to the game-design of Overwatch. Originally there were no restrictions on heroes, but now teams need specific compositions. Blizzard has said that they want to cut one of the tanks from each team to make the game easier to understand to viewers. They say that cutting a tank will help esports fans and average players by reducing visual clutter. This change is also aimed at changing how tanks play: turning them from pure tanks to more hybrid bruisers. While this change might leave tank fans feeling a bit left-out, internal testing has shown that these changes will also speed up the game, and new maps are also reflecting the change in team size.

Overwatch 2 is removing the Assault game mode and replacing it with the new “Push” game mode. Push feels like a combination of Escort and Assault as players capture a robot that will move a wall from one side of the map to the other. This wall gives players more room for strategy instead of the wide-open cart in Escort, but the game mode is also expected to be faster-paced than the Assault mode it replaces.

Since tanks are getting their identities adjusted, Blizzard is reducing the Crowd Control or CC abilities of many of the DPS heroes. Developers hope these changes will make the game feel more fluid, and they hope these CC changes will help increase the impact of tank’s CC abilities. However, Ultimates with CC are mostly unchanged. Examples of these reworks include:

Mei’s primary weapon no longer fully freezes players. Instead, it will slow enemies, but her ultimate will still freeze players.

Brigitte’s Shield Bash ability is now a knock-back instead of a stun.

5. Global Passives for Each Role

To help balance the heroes within each role, each hero will receive one of three passives depending on their role. DPS heroes will get a movement speed boost, supports get a small heal-over-time (HoT) after a few seconds of not taking any damage. Tanks get reduced knockback, but they also get a de-buff which reduces healing received and the damage they deal.

Blizzard has released over 100 patches to the original Overwatch over past 6 years since it was first released, but few patches have reworked heroes like we’re going to see in Overwatch 2. Blizzard has tons of data from the original Overwatch on which abilities and heroes work the best, so these changes could bring a more balanced meta. While these changes could anger long-time mains, maybe re-worked heroes will become your next main!

Three of the biggest hero reworks are Doomfist, Bastion, and Orisa:

Doomfist is being re-worked to a tank instead of a DPS hero. His Hand Cannon ammo recovery rate is increased, but the damage per pellet is reduce. To fulfill his new role, damage is reduced on all of Doomfist’s abilities. Rising Uppercut is now Power Block which will block incoming damage in front of Doomfist. If this ability blocks heavy damage it will empower Rocket Punch with increased travel distance and improved damage. Seismic Slam and Meteor Strike now slow enemies in their blast radius.

Bastion loses Self-Repair, his tank mode gets a new bouncing grenade, and his ultimate is now an artillery launcher that fires shots in an arc to land on enemies from above.

Orisa is losing three of her abilities: Protective Barrier, Halt!, and Supercharger. In place of those abilities in Overwatch 2, Orisa will have Energy Javelin which is a projectile that will stun and knock back the first enemy it hits with bonuses if the enemy is knocked into a wall. She also gets Javelin Spin which will increase her movement speed while moving forward, push any enemies hit, and block projectiles. Orisa’s new ultimate is Terra Surge which automatically applies Fortify, pulls enemies toward her, and she can hold the ability to charge-up damage that’s unleashed at the end of the ability or when the player cancels it early.

Those are the 6 Best Changes Coming to Overwatch 2! Which change are you most hyped about? 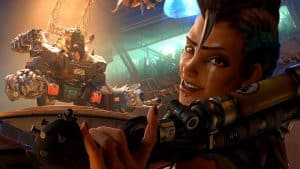 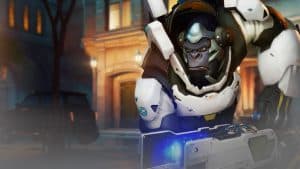 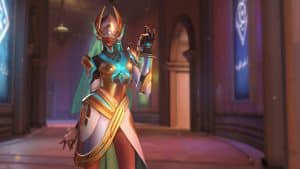 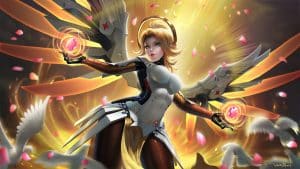