The first English Scarlet & Violet TCG products have been revealed.

Promos, pack arts, boxes and more are now known through product pictures for the English set. 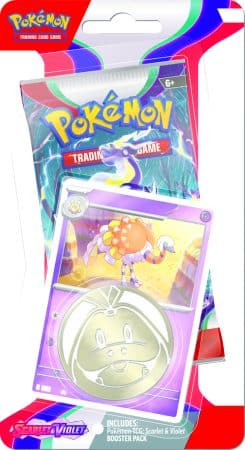 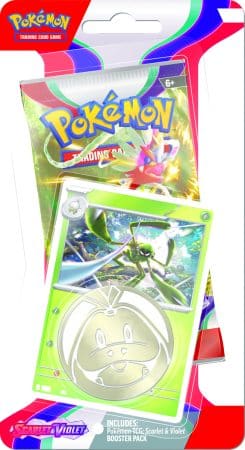 Espathra and Spidops are going to be feature as the One Pack Blister Promos for the Scarlet & Violet set in English. Being two very recognizable Pokémon from the new Generation, these two were practically shoe in picks for early promos. What everybody is going to buy these for, is the metallic Fuecoco coin. Whether or not it was your starter, Fuecoco has become an icon of cuteness for the new Generation of Pokémon. Its silly expression and actions in the opening moments of the game make it a very endearing little character. 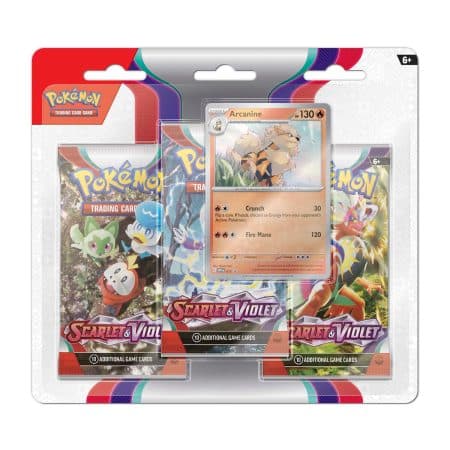 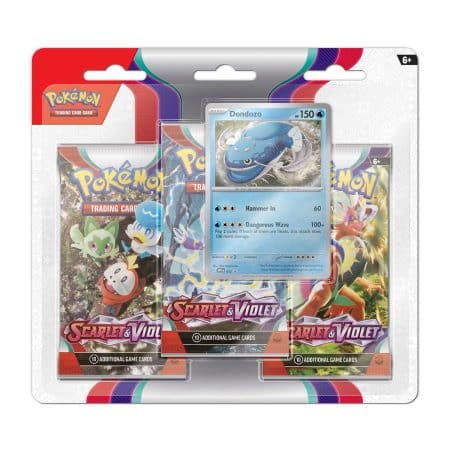 With the Three Pack Blisters come a pair of stronger, competitively based Pokémon: Arcanine and Dondozo. Both of these cards are quite powerful, even arguably good enough for an early deck builder to include on their team. Arcanine possess the ability to do 120 Damage for two Fire Energy and one Colorless Energy. That's quite a punch to pack for a standard card. Dondozo carries both power and high HP. It holds 150 HP, and for one Water Energy and three Colorless Energy, it can do 100 Damage outright, or 200 Damage is the player flips two coins and they both result in heads. Of course, that's not to mention the three packs of ten cards each that will help collectors quickly fill up their binders. 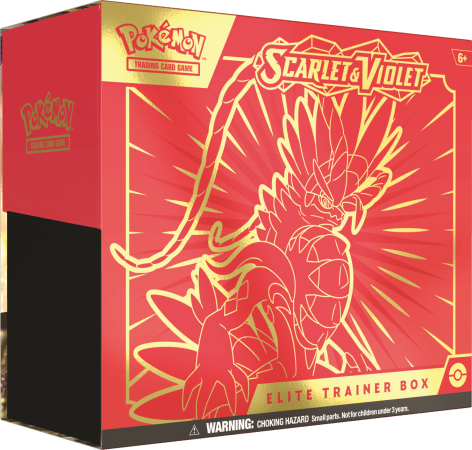 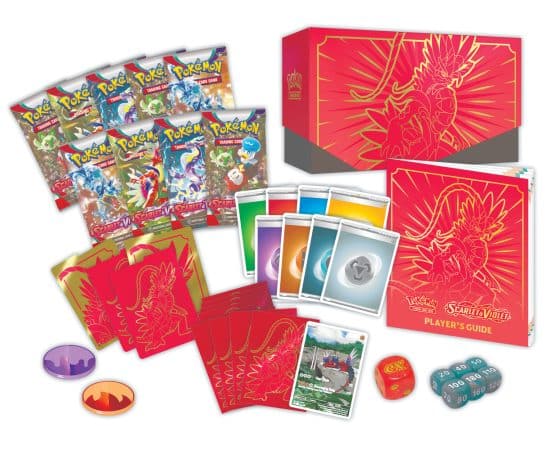 The Koraidon Elite Trainer Box features nine Scarlet & Violet packs, along with card sleeves, the box itself, and a player guide all feature Koraidon's art similar to that on the box art of Pokémon Scarlet. It also features a beautiful Koraidon Full Art Promo. The HP of this card is difficult to see in the image, but it is likely 120 HP just as Miraidon's card is. It has a three Colorless Energy attack that deals 70 Damage along with a three Fighting Energy and one Colorless Energy attack that deals 190 Damage at the expense of three Energy attached to Koraidon. 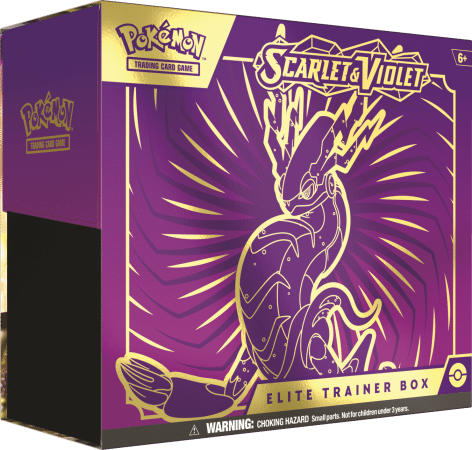 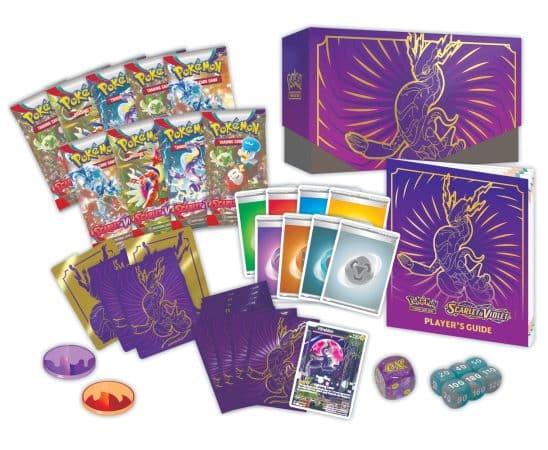 The Miraidon Elite Trainer box features all of the same products at the Koraidon box with Miraidon's Pokémon Violet box art being the imagery used on the products. The die given in this set it also purple as opposed to the Koraidon box's red die. The Miraidon Full Art Promo has 120 HP and two attacks. The first attack is a two Colorless Energy attack that deals 30 Damage, while the second attack is a two Electric and one Colorless Energy attack in which Miraidon deals 90 Damage to the opposing Pokémon and 30 Damage to one on the bench.

One of the coolest features of the boxes is that they both feature metallic Burn and Poison coins, in which are probably made such high quality because of the fact that they fit the Generation 9 theme of Scarlet and Violet.