The new collaboration was announced during the SMITE World Championship, and has shook the multiverse since.

After the extremely successful Runescape x SMITE collaboration event, another IP will be introduced to the realm of the Action-MOBA: during the SMITE World Championship Hi-Rez Studios and Titan Forge Games has revealed the SMITE x MTG event, bringing the Planeswalkers – and some great threats to the Battleground of the Gods.

Divine deities will face iconic characters such as Jace Beleren, Chandra Nalaar, Liliana Vess, Nicol Bolas, and the fallen angel Atraxa, Voice of the Phyrexian Praetors – and that’s only the first wave of skins of the Magic the Gathering Skins.

The God of Dead will become the Praetor’s Voice, Atraxa. The Mirran angel was one of the fiercest enemy of the Phyrexian invasion of her homeplane, Mirrodin, but has been compleated after she was captured by the monstrosities. Elesh Norn, the main villain of MTG’s newest set, Phyrexia: All Will Be One rewarded Atraxa with her compleation, and apart from the Red Praetor Urabrask, all the other Phyrexian Lords helped to compleat the angel. Becoming a testament of Phyxrecian might, Atraxa was the last victory over the conquest of Mirrodin – and now looks to broaden the influence of the Phyrexians. 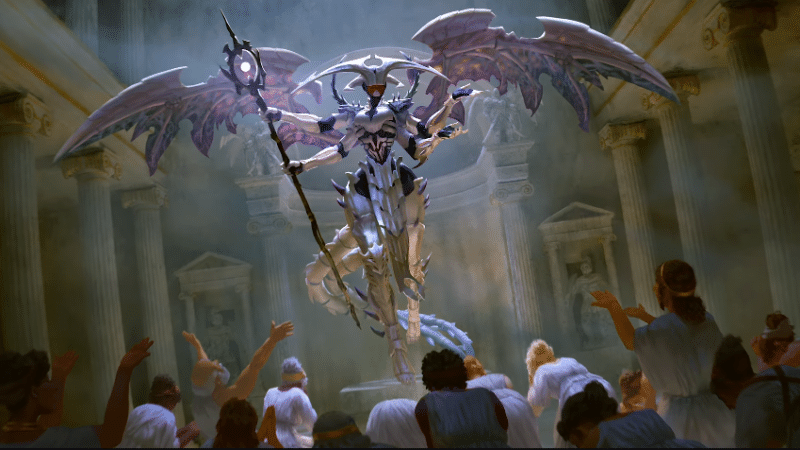 Chandra Nalaar is one of the most important Planeswalkers of the universe of Magic. Born on Kaladesh, she is a hot-headed hero, who is a natural in Red fire magic. Being the topic of a volume of Planeswalker cards in the TCG, Chandra will look to ignite the Battleground of the Gods in the stead of the Polynesian Volcano Godess. 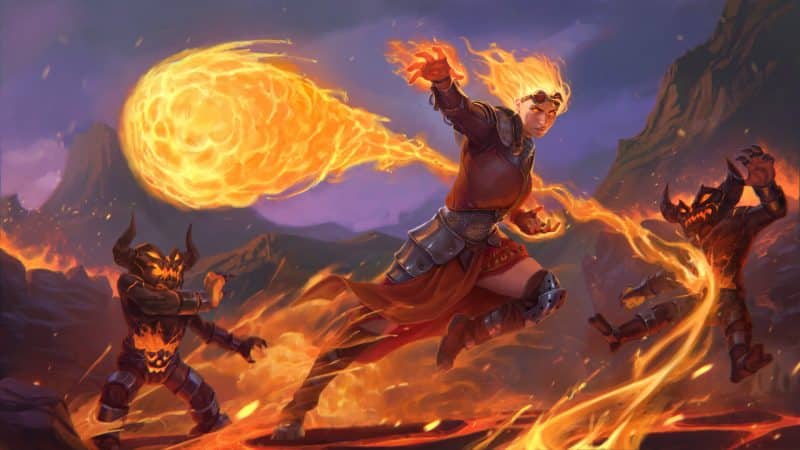 During the newest expansion, Jace Beleren, the premier Blue Planeswalker has been compleated by Phyrexia, which means he’s now one of the bad guys in the current story. However, he will join SMITE on the side of the heroes, still being one of the strongest Mages from the plane of Vryn. Being the former Living Guildpact of Ravnica and a founding member of the Gatewatch, he has fought horrors such as the Eldrazi, and will surely be a worthy opponent of the mightiest deities of the Battleground. 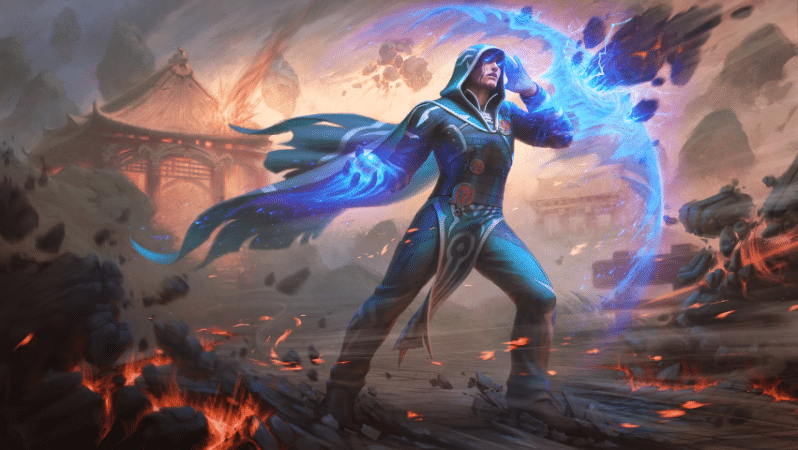 The greatest necromancer/healer of Dominaria will return from her (presumed) death to fight alongside the other Planeswalkers. Known as both Professor Serafina Onyx and Ana Iora, Liliana has beaten enemies such as Nicol Bolas during the War of the Spark after betraying him, and siccing zombified gods God-Eternal Oketra and God-Eternal Bontu on them. Now looking to raise his army and strike from the skies, she will become Nu Wa to beat Bolas once again. 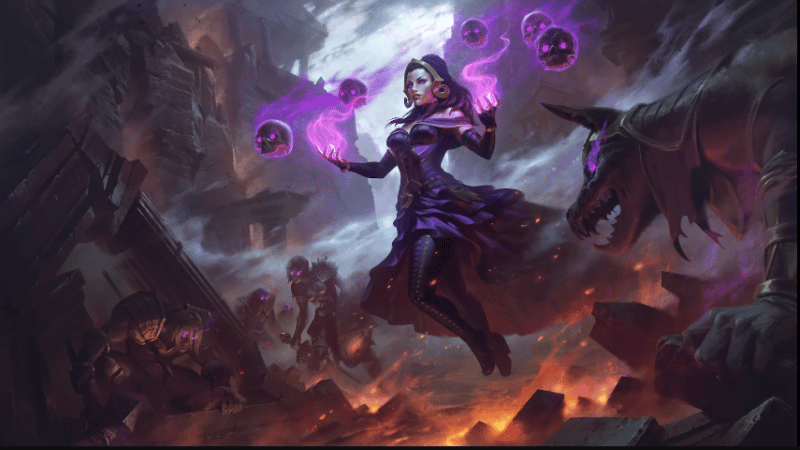 Created by Urza and Barrin in order to perfect time travel, The Silver Golem has travelled to SMITE broaden his own legacy. With a near-complete mastery over the artifacts, Karn has saved the Multiverse more than once, he now looks to stop Phyrexia from turning his own plane into the twisted version of the present – and where to look for better allies than on the Battleground? 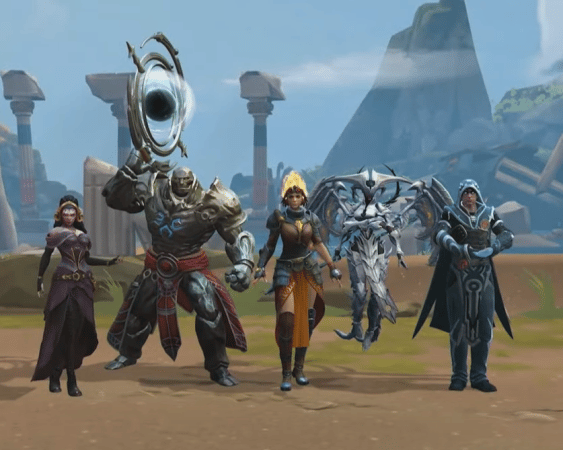 Those are the five confirmed skins of the SMITE x MTG event, but Titan Forge Games has assured us that there will be more characters to come. One has been already revealed, as Nicol Bolas himself has been in the video shown at the SMITE World Championship. The Nicol Bolas skin will presumably be for Tiamat, Mother of the Monsters of the Babylonian pantheon, her skin heralding at least another wave of MTG collaboration. Stay tuned for the update show on Wednesday starting at 3:00pm ET, and follow ESTNN for the latest news!