The SPL’s Phase 3 is rapidly approaching its end, which means that teams have set their sights on the SWC!

While the SMITE Pro League’s Phase 3 has more than a month left, players and fans already look beyond the SPL, as Winter marks the Season of the Smite World Championship – and Hi-Rez Studios have some news for us regarding the Qualification Process and the Format of the SWC!

The path will have many stops, which means teams will have a lot of opportunities to get into the biggest SMITE event of the year! The first one will be the SPL 2022 Phase 3 Playoffs, which occur between the 1st and 4th of December. From this event, 4 SPL teams will qualify for the main SWC bracket. The top 6 SPL squads will have the chance to play in the Playoffs, in a Double Elimination bracket made up of one round of Bo3’s, then Bo5’s with seeding matches for the 4 best teams.

The 5th and 6th placed players will be put into the SWC Group Stage, where they will have the chance to prove themselves worthy of the Knockout Stage. The seeding matches will be very important, as the ranking of the teams will determine the order in which they can choose their opponent in the Quarterfinals of the Main Bracket. The Phase 3 Playoffs will begin on December 1st 1PM Eastern Time, with two matches a day, and will end on the 4th, starting at 11AM Eastern Time. 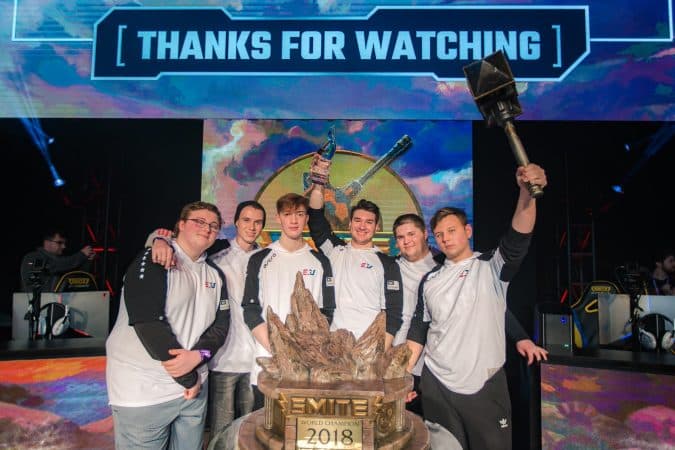 Besides the SPL teams, 4 squads form the SCC, the SMITE Challenger Circuit will have their chance to play among the best in the World Championship. Between December 8th and 18th, the SCC Championship will be held, which pits the best North American and European teams outside of the SPL against each other! The two tournaments will have all six SCC participants from NA and EU, as well as the regions’ best two SMITE Open Circuit teams in a GSL format tournament with Bo3 sets, and at the end of it, all the two best teams from each region will qualify for the SWC Group Stage!

The qualified SCC and 4 SPL teams that couldn’t get straight into the Main Bracket will continue their battle in the SWC Group Stages held at the beginning of 2023, between January 5th and 8th. The 4 pro and 4 semi-pro teams will face off in a GSL format tournament, similar to the SCC Championship, but this time, only the opening matches will be Bo3’s; after that, it's Bo5 all the way. At the end of the tournament, only 4 squads will be left standing, who will advance to the SWC Main Bracket – and will be chosen by the 4 best SPL teams as opponents.

The SPL 5th and 7th, and the SCC NA 1st and EU 2nd will make Group A, while the SPL 6th and 7th, with the SCC NA 2nd and EU 1st, will be put into Group B. As with the SCC Championship, the matchdays will begin at 11AM Eastern Time, which is 4PM GMT, so the European teams won’t have to play during uncomfortable parts of the day. 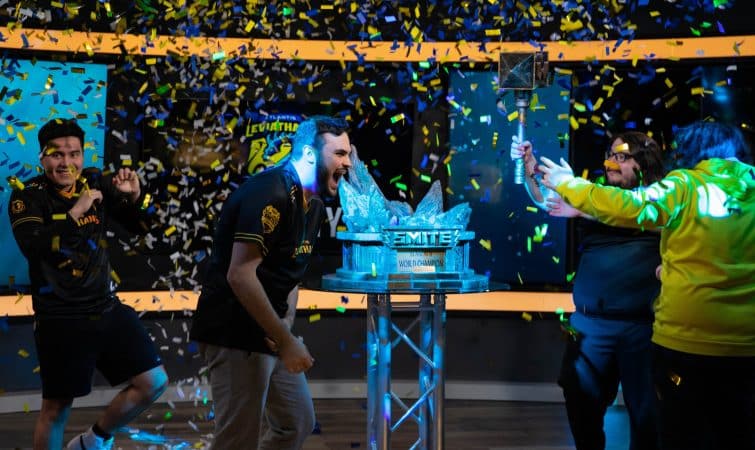 The SMITE World Championship's main attraction will be held a week after the Group Stage, between January 13th and 15th of next year. The journey’s end will have the 8 best teams of the SMITE world facing off against each other in the Esports Stadium Arlington in Arlington, Texas – as the SWC will be held live again this year! The conclusion of the 9th Season of SMITE will have a single elimination bracket with Bo3 Quarterfinals and Bo5 Semifinals and Finals. The winner of the SWC will receive $300,00, the runner-up will get $75,000, the 3rd place will get $20,000, along with the 4th place – while the 5th-8th placed teams will have to go home empty-handed. The Quarterfinals will begin on January 13th 12PM ET, the Semis will start at 1PM the next day, while the first match of the Finals will begin at 3PM.

As this years’ SMITE World Championship Circuit is shortly beginning it’s end, don’t forget to follow ESTNN for more info on the SWC!