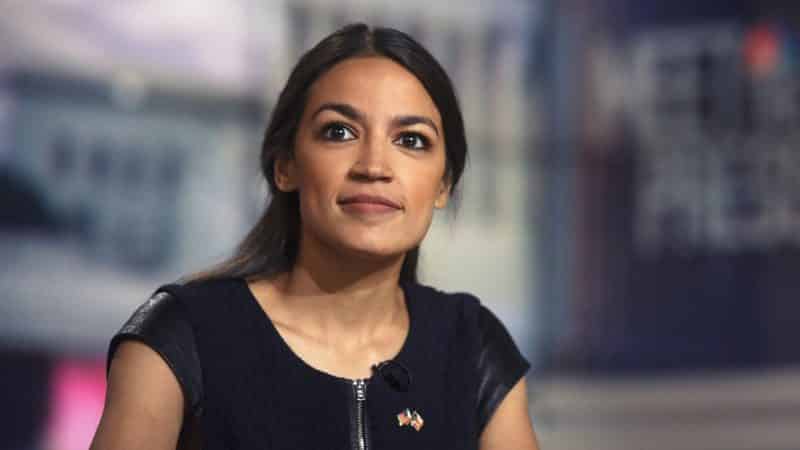 US military advertising strategies are under scrutiny.

U.S. Representative Alexandria Ocasio-Cortez (D-NY) is introducing a measure that would prevent the military from using video games, esports, and live streaming services for recruitment, according to Vice. Currently, several branches of the military, including the US Army and Navy, maintain their own esports teams and Twitch channels.

Ocasio-Cortez had this to say in her latest conversation with Motherboard:

"It’s incredibly irresponsible for the Army and the Navy to be recruiting impressionable young people and children via live streaming platforms. War is not a game, and the Marine Corps’ decision not to engage in this recruiting tool should be a clear signal to the other branches of the military to cease this practice entirely."

There is likely not too much to come from Cortez’s military prevention policy for gaming, especially since classic series like Call of Duty do a lot for our youth and soldiers. Besides providing both groups with a large amount of entertainment, groups like the COD Endowment do a lot for the real-life military and soldiers' lives.

The measure comes after numerous controversies regarding the military's Twitch presence over the past few years. The US Army and the US Navy have actively been banning many viewers who ask or even attempt to speak about war crimes.

This is a huge issue, as well as one that might be in complete violation of the First Amendment right to free speech. After all, the organizations are extensions of the federal government and Twitch very recently put an end to the US Army’s use of promoting seemingly fake giveaways that would “give viewers information to recruiters.” Many on Twitter have been making memes out of AOC’s policy idea, but quite a few are on board. Some are even detailing their experience with COD Army recruitment.

I totally support @AOC's attempt to ban the army from recruiting via twitch. As a youth, seeing all the ways the military tries to trap kids and advertise itself as a real life call of duty is concerning and I'm glad she's working to solve it.

The measure was introduced as an amendment to the House Appropriations bill that is in the very early steps of setting the Pentagon's budget, and the amendment could be removed at any time. The committee next meets during the week of July 27. The budget will get reworked multiple times by the House before being voted on, at which point it moves to the Senate, so there is no guarantee that AOC's amendment will remain in the bill.

It does show that the military's controversial usage of Twitch is, at some level, on the federal government's radar. Twitch itself has been the subject of recent criticism for releasing a Black Lives Matter video featuring primarily white streamers and for saying that the G in LGBTQIA+ stood for "gamer."

Microsoft In Talks To Acquire Discord For More Than $10 Billion