The Renegade Raider skin is arguably the rarest and most sought after in Fortnite history.

Rare Fortnite skins are certainly not a new concept. In fact, since 2017, there have been many outfits, emotes and other cosmetics that have not resurfaced in the many years that Fortnite diehards would love to have a crack at again. Some that come to mind include the original Floss, Orange Justice and Hype emotes. While none of these have returned to the Item Shop, some skins, such as the Recon Expert, debuted in October of 2017 before going into the vault until May of 2020.

Epic Games occasionally brings back age-old character outfits. Still, one white whale of a Fortnite skin eluded many and has become somewhat of a hot commodity over the last few years. Its name is the Renegade Raider, and it’s perhaps the most sought after and infamous Fortnite skin. Those who have it make it known and flaunt it whenever given a chance. The rest of us merely watch with a dramatic tear slowly rolling down our cheeks because it likely won’t ever come back to the Item Shop.

You might be asking—what is Renegade Raider and what makes it so unique? Today, we are digging deep into this very topic and explaining the significance of Renegade Raider.

What is Renegade Raider? 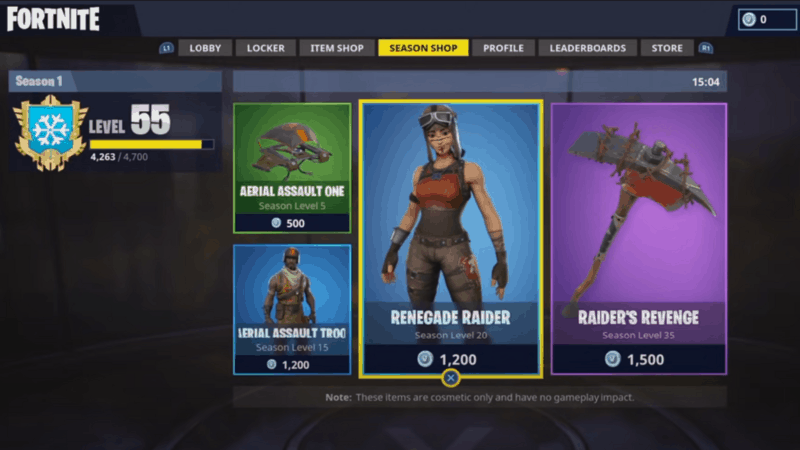 OG Fortnite fans will recognize the Renegade Raider without much confusion, as will those who began their journey many months or even years later. Released in 2017, Renegade Raider is what many call the rarest Fortnite skin in history. She graced players with her presence in Chapter 1 - Season 1 as one of the first purchasable cosmetics. However, obtaining her back then was a bit more complicated than buying V-Bucks and using those to purchase the skin.

It was a relatively simple concept. However, anyone who played Fortnite in its early days may not have understood how rare Renegade Raider would become over the next four years. If you missed the boat, it would never return to the dock, which gave Renegade Raider the tag of “rarest Fortnite skin.”

Why is Renegade Raider so Rare? 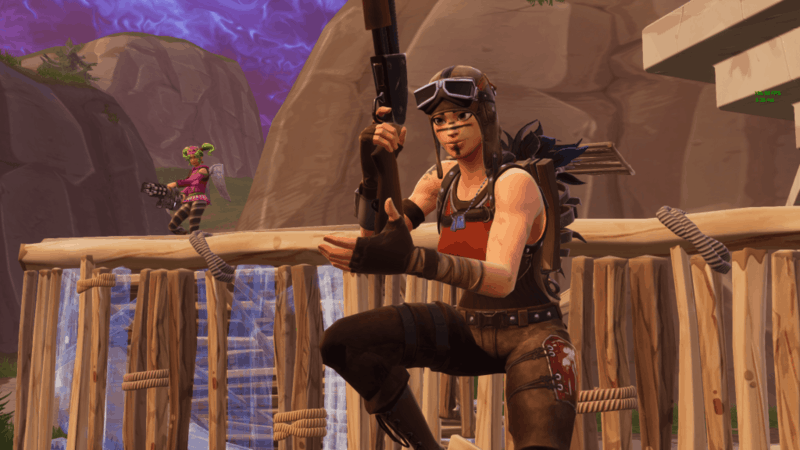 Renegade Raider is to Fortnite as Bitcoin is to anyone who had a chance to invest in the Cryptocurrency for pennies before it grew to $30K USD in value. Okay—maybe not that significant—but there’s a reason why it’s become such a sought-after skin. The original version of Renegade Raider was only available for a limited period and will more than likely never come back again.

While Aerial Assault Trooper is technically rarer, the general Fortnite population has grown to recognize Renegade Raider as the “one that got away.” Those who purchased the skin back in 2017 earned themselves a piece of history. Everyone who either didn’t buy Renegade Raider or started playing Fortnite after Season 1 has to live without her. It’s a tough pill to swallow, and some players to this day campaign for Raider’s return to have one last chance at the elusive character outfit.

Can You Still Get Renegade Raider in 2021?

There is one extreme measure that Fortnite fans could take to acquire Renegade Raider. However, you’re risking a potential permanent ban from the game if you travel down this path. Some individuals possess Epic Games accounts that have the Renegade Raider skin unlocked. These accounts range online from anywhere between $300 and $3K USD. Unfortunately, account purchasing is expressly forbidden according to Fortnite’s Terms of Service (TOS).

Players are routinely handed a permanent ban from Fortnite if Epic finds that they purchased their account. Since Renegade Raider was a limited-time skin in Chapter 1 - Season 1, it’s unlikely that the developers bring the original version back. 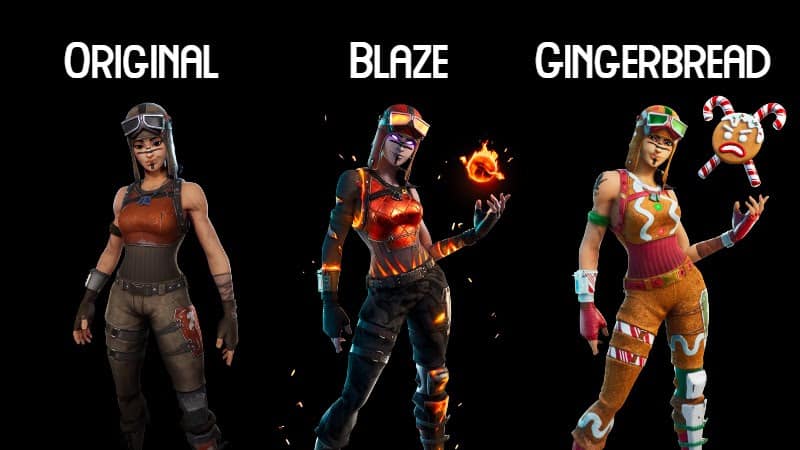 The closest you’ll get to this outfit is either Blaze or Gingerbread Raider. Released respectively in June and December of 2020, these two character skins bare an almost identical appearance to the original Renegade Raider. Blaze pops back into the Item Shop reasonably often, and Gingerbread Raiders will most likely come around every holiday season. Apart from that, it’s virtually impossible to acquire anything close to the OG.

Collectors hope to see the rare commodity return to the Item Shop one day, but it seems that won’t happen. Those in possession of Renegade Raider can use her to show they’ve been with Fortnite from the very beginning, through thick and thin.