There have been a lot of anniversaries as of late, with Mortal Kombat's 30th Anniversary last month and Warhammer 40,000: Vermintide's 7th Anniversary this month. 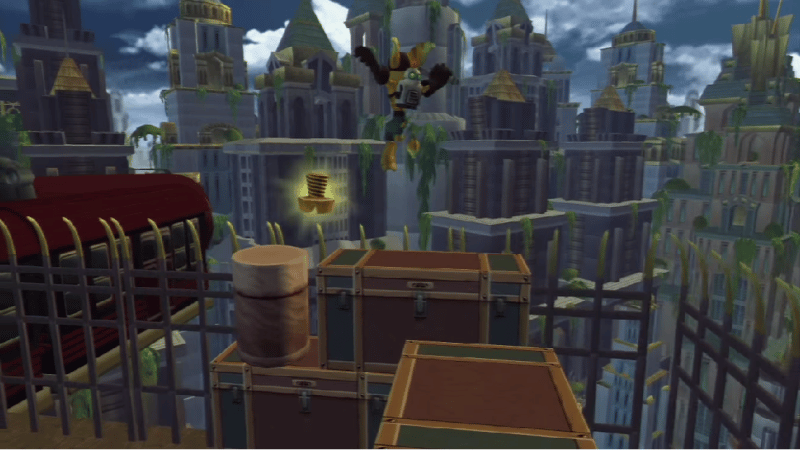 Developed by Insomniac Games and released on November 4, 2002, Ratchet & Clank stars Lombax mechanic Ratchet and his robot companion Clank. Well-received for its vibrant, futuristic worlds, quirky characters, voice-acting, and zany weapons, Ratchet & Clank has everything you could ask for in a platformer. As the developers of the acclaimed Spyro the Dragon series, Insomniac Games knew a thing or two about making platformers and had another hit on their hands.

Insomniac Games released Ratchet & Clank: Going Commando the following year, which received immediate critical and commercial acclaim. It quickly solidified its status as one of the greatest PlayStation 2 games ever. Many gamers, myself included, consider it one of the greatest platformers of all time. It stood alongside franchises like God of War and Gran Turismo as some of PlayStation's best exclusives.

The tides would shift for the Ratchet & Clank series when the PlayStation 4 came out. The platformer genre saw a sharp decline in interest and releases.

Ratchet & Clank received a PS4 remake of the original game in 2016. There was even a movie, though it was not well-received and arguably is the first big blemish on the franchise. With a resurgence in popularity of the platformer genre looking unlikely, it seemed like Ratchet & Clank would be permanently moving on into the pantheon of yesteryear gaming greats.

And then, Ratchet & Clank: Rift Apart brought the series back to form.

Fast-forward one year, and we can celebrate 20 years of one of gaming's best platformers franchises.

Insomniac games celebrated the special occasion by hosting a marathon live stream on their Twitch channel. If you missed it, catch the VOD to see Insomniac's current generation of developers play through many Ratchet & Clank titles like Ratchet & Clank: Tools of Destruction and the original Ratchet & Clank. The live stream also featured notable figures from the franchise's history, like David Kaye, the voice actor of Clank, and Dave Guertin, Principal Concept Artist for the Ratchet & Clank series.

You didn't think a live stream is all Insomniac Games had planned for Ratchet & Clank fans, did you?

Xbox Game Pass competitor, PlayStation Plus, has a lengthy catalog of past and current PlayStation titles for gamers to enjoy. PlayStation Plus Premium members will soon have five Ratchet & Clank titles to enjoy on their next-gen console.