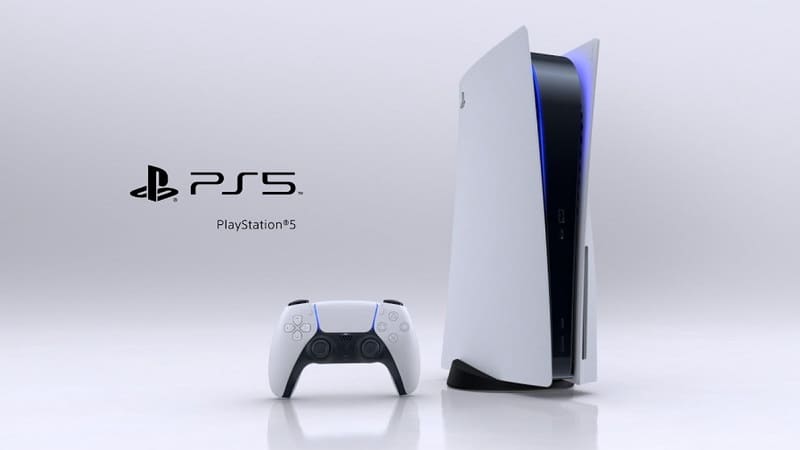 With mixing swirls of blue, white, and black, the PS5 Sony Press Conference took off.

Bring On The Games

Those same colors united together to form the Playstation triangle, circle, x and square insignia. Video montages then filled the screen, replaying everything from classic PS1 to up to date PS4 footage. Then, bam. GTA 5 footage with a smooth transition to keep the atmosphere light and upbeat… only to announce that GTA 5 (announced GTA 5 EXPANDED edition) will come free with a PS5 purchase. A game that was originally released on the PS3.

Afterward, President Jim Ryan spoke about how GTA has been with Playstation since its first inception. Then, the focus went right back to videogames. Miles Mobius is ready with a new Spiderman release in the works. The game looks just as impressive (not to mention fun) as Gran Turismo 7 looks visually stunning. The games back to back was a strong start for Sony, though the next game was a true surprise.

Ratchet and Clank: Rift Apart looks incredible, new character included. The new title itself looks very impressive gameplay-wise, with bright and colorful immersive sounds throughout an action-packed trailer. Who would guess that the new dimensions of a ratchet and clank game would be a highlight of this conference? Let alone they would make an appearance at all (Jak and Daxter where are you?)

Project Athia is a new Square Enix game, made by the Final Fantasy 15 developers, Luminous Productions. And it actually looks a lot like FF15, with bright, vibrant natural environments and real-time combat. It's a PS5 exclusive and it looks insanely cool.

A new interactive Annapurna game, Stray, looks just as enticing. From what we can tell, you play as a cute ass kitty cat in an all robot world. And take a look at this kitty.

Herman Hulst,  managing director and co-founder of Guerrilla Games, showed up next.  The new head of PlayStation worldwide studios, he recently replaced Shuhei Yoshida, who now oversees a brand new-formed division in the company. One that, according to a news release, aims to “focus on nurturing external independent creators.”

The next game, Returnal, looks like it has potential but despite an interesting concept, the trailer was cool but a bit more gameplay would have been ideal. Most of what was shown was shoot um up glitch, so a bit more story mode to show of would be ideal.

Sackboy, a sequel to Little Big Planet, pepped up the mood after Returnal’s somberness. This game looks fun, especially if the game will be focused on the title character himself. Of course, it will be a four-player game.

Little Devil Inside seems like a cute, well paced and funny game with a deeper, darker, incendiary philosophized side. While simply showing gameplay and letting the score work its wonders, the game stood out completely. Witty and original stuff.

“You are what you eat” is the name of the game in the soon to be released holiday title, Bugsnax. This stood out, not only by way of Rare Ware visuals and Jim Henson meta-upon-upon meta jokes, but because of the fact the game used Kero Kero Bonito for trailer music. Genius.

Demon’s Souls seems to be an update of the 2009 cult hit, which came as another surprise. Sony dialed up the content quality even when it came to older series. Speaking of that, Agent 47 is back in Hitman 3. The trilogy is finally going to be completed and the trailer was killer, especially with the perfectly marketed “death awaits” slogan. If all goes well, prepare yourselves for the most Hitman game to ever, hit… man.

So when the console was finally revealed, the games shown at the conference displayed the future potential and huge effort Sony staff have put into the PS5. However, looking at the console, the system does somewhat look like an old early 2000’s off-brand console. Like a used Alienware unit polished from a local dust bin with bright brand new LEDs added.

Play has no limits indeed… but neither do memes.

Overall, Sony brought an onslaught of new material and original gaming for fans to pick apart online for hours. The amount of fresh releases paired against older classics, like Hitman 3, shows that Sony is really trying to appeal to their core base: gamers that want a console to power their unrealized dreams. And while virtual reality wasn’t really discussed, there are sure to be new “virtual” conferences throughout the year, ready to detail what the PS5 can do.

Let’s hope its as good as Resident Evil Village looks.

Did you like the conference? How do you feel about the PS5?