A new formula rejuvenates a dominant franchise that has struggled to find its identity. 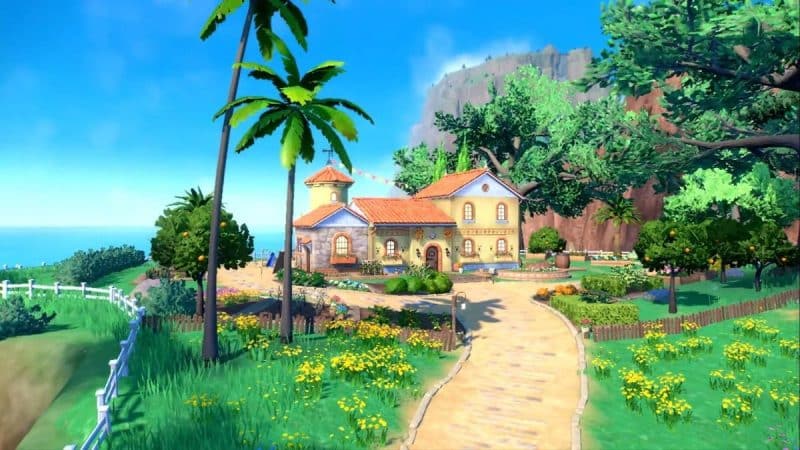 GameFreak's Pokémon games dominated the handheld market for twenty strong years. It is a franchise built on connectivity and interactivity. In more recent years, the franchise has struggled to keep up with modern online connectivity. When the day came that local connectivity became an extra feature and not the premier choice for video game connectivity, Nintendo and Pokémon failed to make the leap into the online space.

Attempt after attempt left them far behind, either unable to support decent online servers, or with features that felt like secondhand connectivity. As time progressed and we passed the Wii U generation, onto the Switch, Nintendo began to find its footing with online connectivity. Still, Pokémon struggled. With Pokémon Sword and Shield, we saw the formula for the game changed up a bit, and an attempt at true online co-op play. It existed, yes, in a slow and buggy state. It was restricted to certain areas, and when actually playing in raids together, you would have to dedicate quite a few minutes just to loading into the game.

Now, it seems Pokémon has finally solidified a formula that is up to date with modern exploration titles, as well as online titles. The gameplay itself is completely refreshed, taking from formulas used across Generation 8 games. There are (hopefully patchable) framerate bugs and the visual design isn't exactly up to the modern standard, but as a video game and an experience, Pokémon Scarlet and Violet have a lot to offer. 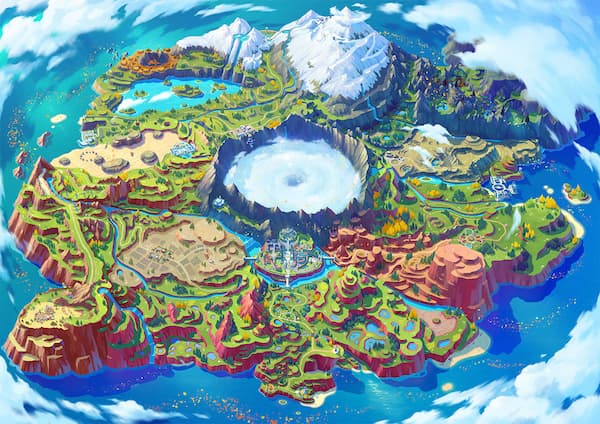 Pokémon's new formula takes from a lot of the world exploration of Pokémon Legends: Arceus and offers a lot of new elements of its own. The world can be traversed as the player sees fit. With three storylines to follow at any pace you choose, it's a true Pokémon adventure. Being beaten down by your opponent's strength is the only thing that can force you to take another route, but nothing is stopping you from taking on any challenge you wish at any time. Each location is unique, from tiny towns in the mountains to big cities on to coast, from Empty desserts to islands scattered across a lake. Adventure is key in Pokémon Scarlet and Violet and there is plenty to explore. There are even over 100 new Pokémon to discover, including a few regional versions of old Pokémon!

There are so many gameplay components in this Generation, so much more than the old linear adventures in which each path leads to a new gym. They are embracing the evolution of technology that they are working with and, the openness allows for the most independent possibilities for each person to experience in their playthrough. The tools granted to the player for exploration are near perfect, accounting for every possible terrain that may be explored. They've gone as far as to spawn Pokémon high up in the mountains, on the most difficult and barren terrain you can come across.

The online works! Yes, it really works! Raids are so much easier to do at a much quicker rate. The load time to get into a raid is much shorter than it was in Sword and Shield, and each player selects their move as quickly as they can, only pausing the action for the raid Pokémon to take its turn before the players gain control again. It feels like a much better co-op experience of throwing your strength at a powerful Pokémon. The co-op overworld gameplay is also fantastic, allowing you to journey with your friends all over the world, taking pictures, battling, and taking on the entirety of the game together. It has everything you could ask for in a modern Pokémon game. The story starts with a simple and wholesome reason to start adventuring a dangerous world on your own as a child. Nothing weird about that in this world. We know this by now. The world opens up to you piece by piece, allowing you to make discoveries on your own as if they aren't already scripted into the game. You're given freedom in choosing what order you want to accomplish the 18 tasks across 3 storylines in. This freedom is what makes it you're story, and not Pokémon Scarlet and Violet's story. The characters in this game are dynamic, relatable, and interesting. Well, by the end that is. They seem like shallow Sword and Shield-style characters with a single purpose at first, but as each story starts to progress, their own stories begin to open up to you as well through dialogue and cutscenes following task completion.

The end of the game really busts the doors open on these characters' storylines. It isn't often we hear about a character's past in a Pokémon story. The tragedy is not shied away from in comparison to most Pokémon stories. Bullying, loneliness, neglect, and even death are the main story elements for the characters at the forefront of the story. Your character is not just a vessel to save the world in this game. They make connections without you ever hearing a word of your own dialogue aside from small sidebar options. This is honestly, in complete truth, the first time I didn't finish the game to complete my own journey. By the time the game is over, you really feel like you owe it to the characters that have stuck with you, and you with them throughout your journey.

The story ends (you read that correctly, spoilers ahead for this paragraph only) with an Avengers style team of Pokémon trainers with different skillsets all coming together to complete the final task. Its where the majority of dialogue happens between all of the main characters together, and by the time you reach the very end, they make their stamps on each other's hearts for life. 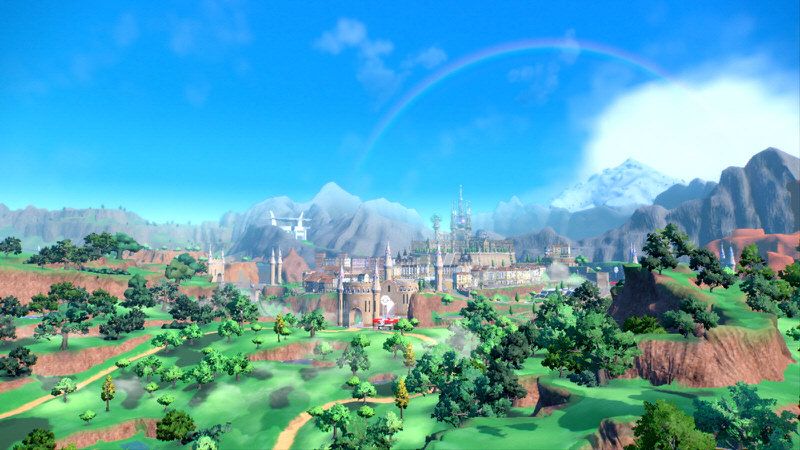 The Nintendo Switch is one of the weaker pieces of hardware on the market. With a team less experienced in open-world game design, using a piece of technology behind the curve for the sake of being family affordable, the visuals were never going to work. The graphics are weak. Mountainsides and trees look like they were rendered on GameCube technology, and the framerate issue is apparent from the very beginning of the game, speculated to be because of the game keeping very distant objects and environments loaded in no matter how far you get from them. This is something that is patchable, but ruins the gameplay experience for core fans who will play early on.

When it comes to design, however, a lot of the environments do feel well thought out and appropriate for locations. Port towns with fish markets and beach houses. Log houses in a small town on the mountain top. The environments feel well designed despite the lack of keeping up with modern visual standards. They are especially keen on keeping the source location in mind when designing the game locations and buildings. It is evident almost everywhere that this game takes place in the Pokémon's version of Spain. There is reason to believe future Pokémon games will catch up, and they still do carry similar charm to discovering new areas in older games, but there is work to be done before they're fully caught up.

Just like the design of locations and environments, the music is very appropriate as a backing track for your journey. I often found myself bobbing my head to the new tracks that would play as I entered each town, letting me know quite quickly what kind of place I was in. There are a few very distinct tracks that set the tone of large environments akin to the tracks that would play in each location of "Pokémon Coliseum" on the GameCube. Unlike the visuals however, this GameCube feel is not at all a negative. Some of the best tracks of all time come from games like Mario Sunshine and Pokémon Coliseum, which can be felt in spirit. In fact there are lots of inspirations that can be heard in the soundtrack for the game. The most obvious is the Spanish style rhythms that make themselves most present in thematically designed areas. Then there are deep synth backing tracks reminiscent of the famous French electronic duos Justice and Daft Punk. Most importantly though, are the new takes on the classic tracks. The Champion Battle Theme remix in this game features a fast, but slightly slower than the original, trumpet centric melody with a Spanish style guitar backing that ties the Paldean region and the rest of the Pokémon universe together very well. It is the perfect reminder that this isn't the new age of Pokémon, its just the newest addition the universe that continues to thrive through decades.

Everybody is going to have their favorite tracks. Some of mine are commonly agreed on as masterpieces, while others are more controversial. Firstly is the Gym Leader Battle Theme (Terastal Form).

The chanting Gym Battle tracks in Sword in Shield were exciting at first, but quickly became annoying. Most players agree that this game's rendition of a Gym Battle chant is far battle, much more celebratory, and more uplifting as well.

Unlike how I was uplifted by the Gym Leader Battle Theme (Terastal Form), there were tacks that struck fear into me. For example, the Elite Four Battle Theme.

The way begins with the digital screeching and warped pulsing beat immediately told me that the Pokémon League's best-meant business in this game. Walking to each city in an old Pokémon game and defeating the Gym Leaders made you feel like you were ready for the Elite Four. In this game, as soon as this track plays, even after your thorough adventuring of the region, you wonder if maybe you still will not be able to handle what the Elite Four have to offer. For those of you who haven't played for many generations, you may not be.

Now for my controversial musical take. Many fans do not like that a fully lyricized song (performed by Ed Sheeran) was used as the End Credits track in this game.

It is not at all the style of Pokémon as we've known it for the last twenty-five years. That is, until this exact year. Pokémon has collaborated with many artists for the 25th anniversary of the franchise to bring the world of Pokémon into our real lives. If our favorite artists are part of our Pokémon journeys, it makes it that much more personal to us. This song, following an amazing culmination of storylines and a beautiful conclusion of perseverance, loss, loyalty, and friendship, well I'll admit it. It made me tear up. For those who don't like pop music, fine. It's not your thing. To say it doesn't fit here is just a falsity, though. A strong vocalist delivering a song about immorally conjoined hearts is completely appropriate following the final cutscene of this game. 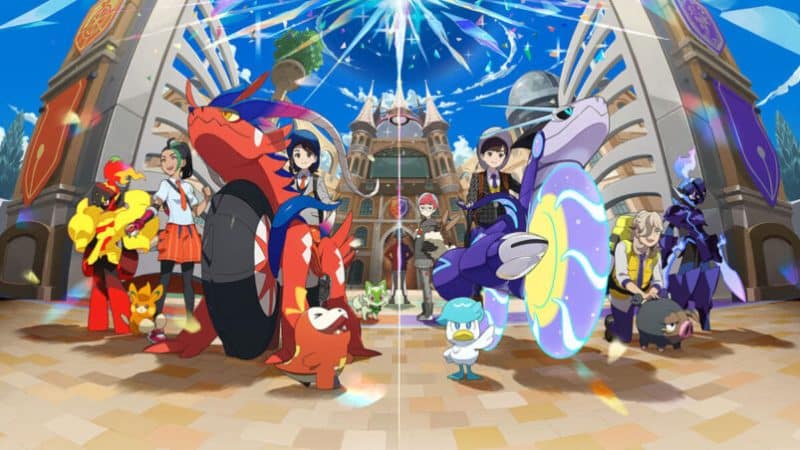 While it would've been nice to be more immersed in the world with slightly more fleshed-out environments and better visuals, there is so much done right in this game that warrants it being a successful step in the series, and a game well worth playing for almost any switch owner. It has gameplay elements that gamers love, a story that both Pokémon fans and new players can connect with, and world-building worthy of our nostalgic hearts to adore. While more refreshing than nostalgic, it doesn't give reasons for long-time players to get anxious about new mechanics, nor does it give reasons for new players to fear the unknown. Pokémon Scarlet and Violet give us a chance to start anew in the Pokémon community without taking away the Pokémon world we know and love.