Gravity Rush is one of Sony's hidden gems. And I refuse to let it be forgotten.

That other game Sony forgot about

A little personal story here, the other night, I was perusing Twitter as one does doom scrolling down into the never-ending abyss that is Twitter dot com. Then I came across a tweet by PlayStation that got me to have a certified gamer moment. Some brave soul working the social media account of the Sony PlayStation system had either innocently posted a fun game they saw on PlayStation Plus Premium not knowing the history of that series. Or, as I'd like to believe, a like-minded rebel had infiltrated Sony to do what is rightful and spread the good word.

The official PlayStation account had innocently promoted Gravity Rush. I still don't know how to feel about that, so it's gonna be your problem should you decide to read further.

To put a long story short, Gravity Rush 1 & 2 are some of the last outputs made by Sony's first-party developer Japan Studio. The same Japan Studio that is now defunct and part of PlayStation Studios. You know, that legendary production studio that made titles like Shadow of the Colossus, Legend of the Dragoon, Parappa the Rapper, and Wild Arms. Most of the developers behind those iconic titles have now gone independent, including some of the team behind Gravity Rush. Which we're gonna talk about today because it's a franchise that deserved so much better.

So What's a Gravity Rush

Gravity Rush or Gravity Daze in Japanese is a franchise of open-world adventure games centered around the ability to manipulate gravity to traverse the environment or fight enemies. One Keiichiro Toyama conceptualized the game during his time at Konami, yes, that is the same Keiichiro Toyama who created the first Silent Hill. It was his attempt to brand himself as something else than just a horror game director after his extensive work on the Siren series. And what makes Gravity Rush so interesting is that you can still notice the horror game's influence in its atmosphere.

But at its core, Gravity Rush is a superhero story centered around the ever-cheerful Kat. Kat is a young woman that just kind of wakes up in Hekseville with no memories of her origin. She soon discovers that with the help of a magical cat called Dusty she can control the gravity around her to fight the Navi, weird creatures that come out of gravity storms plaguing the city. So she decided to become the hero of the town and protect its people. And that's the setup that leads to the various antics of the game.

Most of the gameplay revolves around navigating the world, collecting various things, and fighting monsters. Exploration feels amazing just by how unique Gravity Rush plays. Instead of just flying, Kat hurls herself at the point of gravity you chose for her. Seeing her helplessly fly through the air is fun and playing the game feels like having to wrestle with the controls and gravity itself as you and Kat learn how to control her powers. And the second game adds so much more this its core straightforward mechanic that it still plays like nothing else out there.

I don't want to spoil much because I think one of Gravity Rush's biggest strengths is the joyride that is the story. But this isn't exactly your generic superhero story. Kat is more Spider-Man than Captain America. But not MCU Spider-Man. I'm talking about the dorky one from the cartoons and comics. Kat isn't exactly good at her job, she's the local hero who no one really expects anything from at first. And to see this proposed superhero be conned into helping someone move house or run an ice cream stand is just very endearing.

The first title was first developed for the PlayStation 3 but then moved to the Vita in 2012. Now there is a PlayStation 4 remaster. It is very much still what you'd expect from a Vita game now on the console. But let me tell you this, I bought the Gravity Rush Remastered on a whim after a friend told me how much she liked the Vita version. I finished the game in one sitting. Well, the first one is maybe like 12 hours long because I couldn't stop playing. Then the sequel came out in 2017 and was just more of that. These cames are comfort food for the soul. 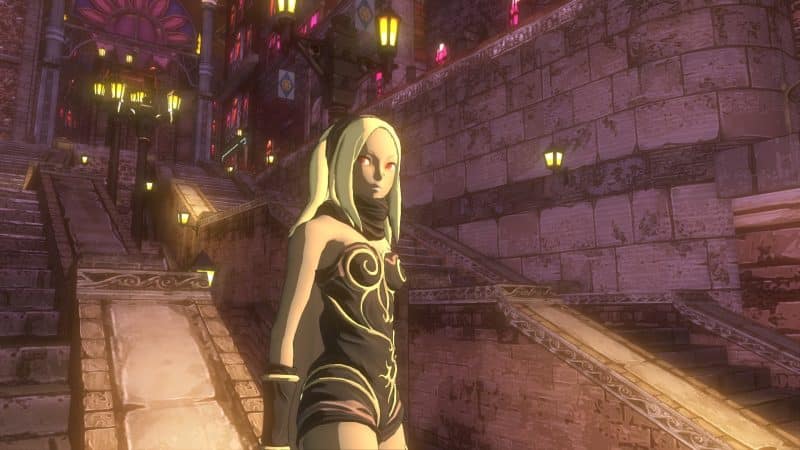 It's not perfect but I love it

This is gonna sound weird now. Both Gravity Rush games aren't exactly what you'd call a 10/10 masterpiece. The controls are a bit weird, the story seems disjointed at times and it's a little rough around the edges much like its protagonist Kat. But I don't care about any of that. It is such a disarmingly fun game that is so confident in just being what it is that you can totally understand why it developed such a cult following in the first place. Both games are great and amazingly play off each other and the second game feels like the concept blooming into its fullest potential.

All of it just starts with the way it looks. This fun marriage between a shojo manga/anime and Franco-Belgian comics with their playful love for detail. That extends to the level design as well, it has been a while since I've played both games but I can still remember the exact layout of the towns you visit. The loving details of the markets in the second title or the entertainment district with the boarding school of the first one. Everything is created with such care that these places still manage to stick out many years after I've played them.

This is then tied together by an amazing soundtrack by Kohei Tanaka that has this fun jazzy quality to it. No words I'll write here will do it justice so just go have a listen to it. My personal favorites are Douse Shinundakara and Passing Moment.

And then there is of course the story and its protagonist Kat. She is the perfect heroine for this kind of game and honestly, she is still my favorite PlayStation character. Yes, this might be down to personal taste and I tend to gravitate more toward characters that are fun to be around and hang out with. Kat is just that, she is a dork that can't get her priorities right and is beautifully scatterbrained. And honest and witty and takes no crap from anyone. 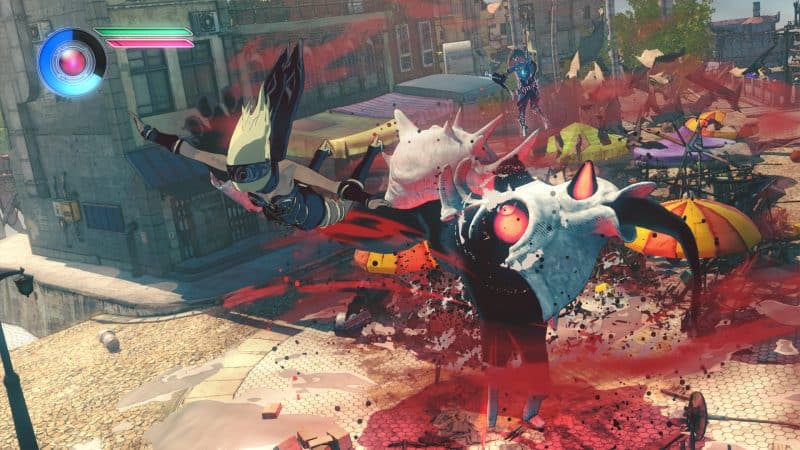 Just play the damn game already. Please. It is such an underrated gem of a franchise made by a super passionate team that has love put into every single aspect of it. Is it perfect? No, of course not but it is fun, quirky and so honestly itself that I can not help but admire it for that. And thinking about it also makes me really sad. Because the PlayStation used to be the home of those kinds of games. The kind of titles I grew up with, these big first or second-party games that were just confidently Japanese and cared more about being an experience than high sales and big review scores.

You can however play Gravity Rush Remastered and Gravity Rush 2 on the PlayStation 4 and PlayStation 5. Both should be available on the PlayStation Plus Premium service, great games all around and the free DLC for Gravity Rush 2 title is phenomenal. You owe it to yourself to give them a try, if you only want to play one, the second game is the best choice. Most stuff from the first game will be explained to you so don't worry about getting lost in the story.

I used to really love PlayStation and its selection of titles, and I still do just not as much anymore. Today it seems like they publish only for the prestige, mature titles that get noticed by Hollywood and critically acclaimed authors. And Gravity Rush 2 felt like the last hurrah of Japan Studio, the title was barely marketed and the cool multiplayer aspect was shut down only a year after release. Probably because they knew it wouldn't appeal to an audience that has witnessed the Last of Us, Uncharted, and Dark Souls. Games are getting more mature, but as I get older I'm starting to look more for the innocent fun of my youth. At least there's still Nintendo, right?

For more depressing things, game reviews, gaming news, and the latest in esports check us out here at ESTNN