Blizzard announced a new way to measure the efficiency of players during their matches yesterday: the Player Impact Rating (PIR) system. This new data aims to provide more accurate data to compare players in the Overwatch League, and will replace the “per 10 minutes” numbers.

This new way of comparing players’ impact on a game comes from the fact that all key moments in an Overwatch match happen in short bursts: the teamfights. Even if the “per 10 minutes” stats give an overview of a player’s performance on a map, this number can highly change if the game is slow-paced or if all team fights are close. More importantly, team fights are often won by a single action or combo, which may not be measurable with the existing system. How could a Lucio Sound Barrier or a D.Va peel on the opponent McCree’s High Noon be taking into account? 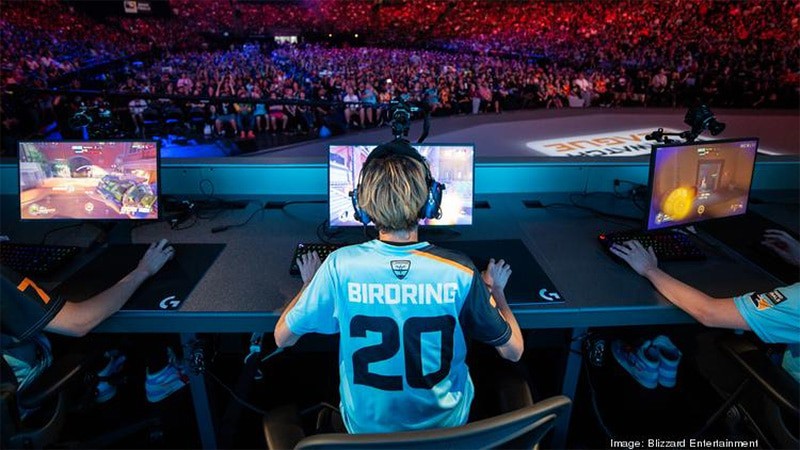 Ben “CaptainPlanet” Trautman, from Blizzard Entertainment, created “Impact Points” to measure each hero’s contribution to a team fight. The Player Impact Rating reflects the rate at which a players gains Impact Points, making this system a reliable performance comparison tool.

Blizzard is keeping the math behind this calculation a secret, so one can wonder if the accuracy of this method varies between roles. It is also unclear if it goes beyond the healing and damage done by a hero or takes into account other elements, such as denying an enemy’s ultimate. Trautman says that Player Impact Rating takes into account at least some of those things:

“Impact Points are produced by applying individual weights to a suite of statistics that heroes generate in teamfights. Overwatch is an objective-based game, but final blows and deaths are the currency that teams spend to achieve those objectives, so the stats I’ve used are centered around final blows and the things teams do to accumulate or prevent them. The list includes—but is not limited to—raw damage and healing, crowd-control abilities like hacks or hooks, and even teamfight-winning plays like ult negation.”

One of the main challenges of the Player Impact Rating is that it has to be viable regardless of meta. Would a Mei score as well as a Bastion in the Bunker composition, or would a Wrecking Ball have the same impact as a Zarya in the triple-tank, triple-support meta? Trautman explains in his introduction to this new rating system that the stats used in the Player Impact Rating are balanced by taking into account the last five patches used in the Overwatch League. He goes on to describe the Player Impact Rating as a “hero-agnostic system for comparing Overwatch League players, balanced by long-term stat weighting and hero strength during a given patch.” In other words, what hero a player is playing shouldn't matter. 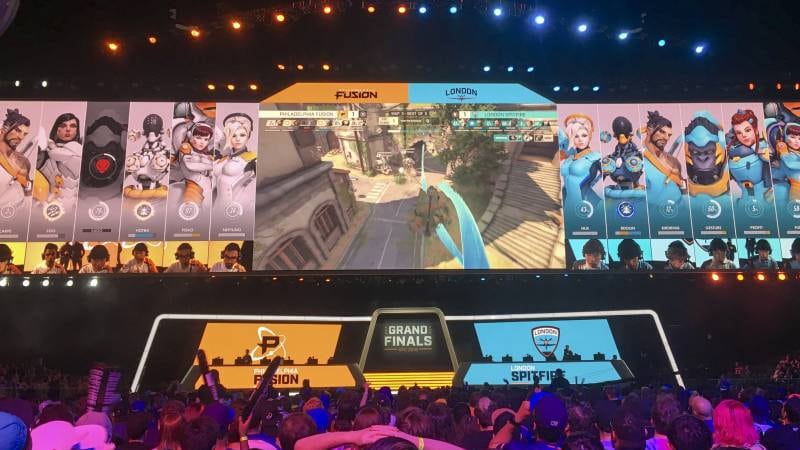 An Overwatch League player performing at the League average level should generate 100 Impact Points per minute, regardless of what hero they play. In the 2018 season of the Overwatch League, some players exceeded this number and impacted their games more than others.

Not surprisingly, Jjonak takes the lead of this ranking with a score of 127.79, followed shortly by London Spitfire trio – Gesture, Profit, and Fissure.

Besides ranking players against one another, the Player Impact Rating provides a way to track the ups and downs that players and teams experience during each season. 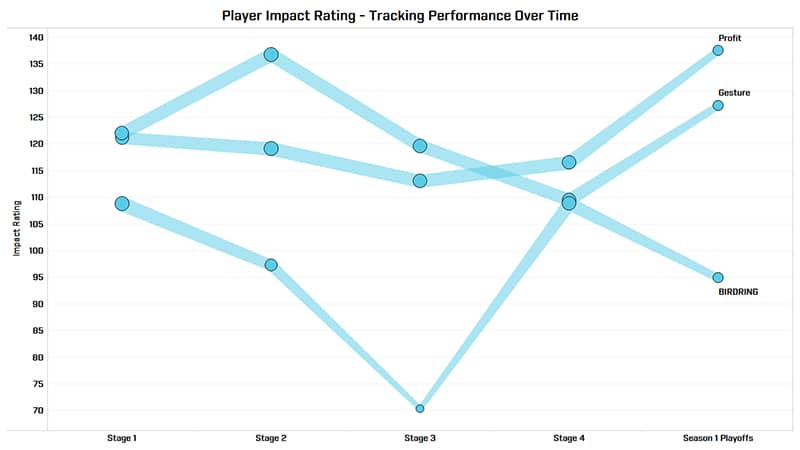 As an example, this is the Player Impact Rating evolution during Season 1 for Young “Profit” Park, Jae-Hui “Gesture” Hong and Ji-Hyeok “BIRDRING” Kim from the London Spitfire. All players started the season above the average 100 Impact Points, making a great start for London. Kim was injured in Stage 3 and came back in Stage 4 to help his team win the League. The table also shows that Park and Hong provided incredible individual play, leading to the nomination of Profit as the Grand Finals MVP. 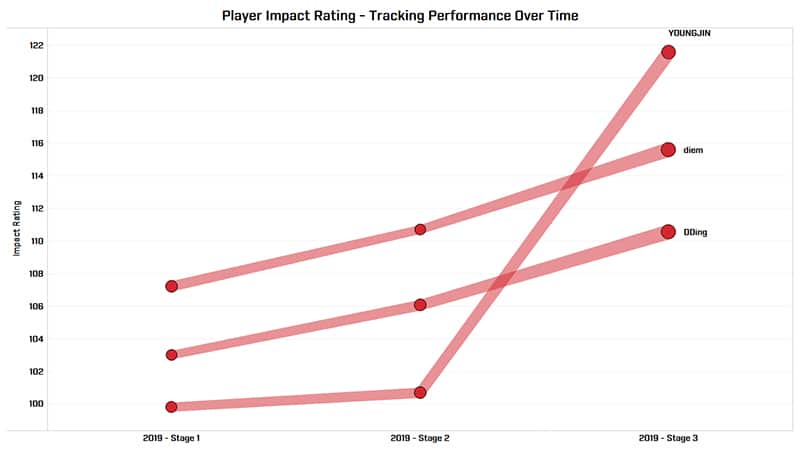 The graph from Shanghai Dragons players Young-Jin “YOUNGJIN” Jin, Min-Sung “diem” Bae, and Jin-Hyeok “Dding” Yang also provides a better insight about Shanghai’s rise and their first stage playoff win. While all players improved between the stages, Jin's Player Impact Rating skyrocketed when he played his Doomfist and was almost 20% more efficient than in the previous stages.

Players with the Largest Teamfight Impact

The table below shows the players with the largest impact on teamfights before Stage 4 based on PIR.

Vancouver Titans came out on top, with four players in the Top 10. Sung-hyeon “Jjonak” Banglost first place in the list and ended in 7th behind his teammate Taesung “Anamo” Jung.