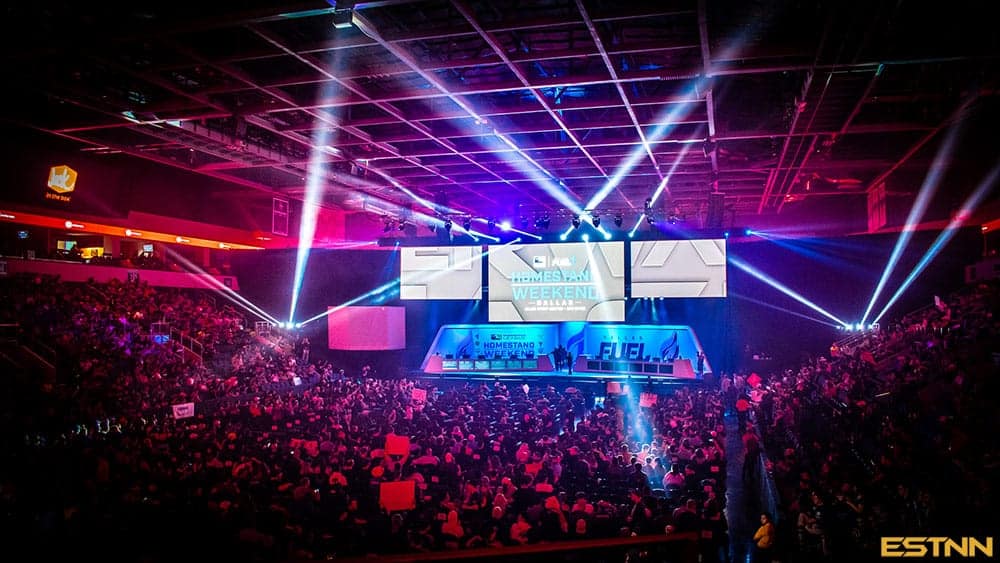 The OWL Dallas Homestand was a fantastic event from a fan perspective.

Last weekend, the Overwatch League put on one of its best shows to date in Dallas for their first ever Homestand Weekend.

Fans and journalists alike have praised the event as a terrific opening salvo in Blizzard/Activision’s plans to introduce geolocation to their competitive IPs. Despite the now-infamous power outage and stream lag, the event knocked it out of the park for fans in attendance.

In the first of a two-part series, ESTNN will take you inside the Dallas Homestand. We’ll talk about what it was like to be there, what Blizzard and the Fuel did right, and why, if this homestand is any indication, Blizzard’s global plan for Overwatch should be a success.

In Part 2, we’ll view the Homestand from a business perspective, and take a deep dive into geolocation itself and theorize if these events can be successful from a business standpoint. 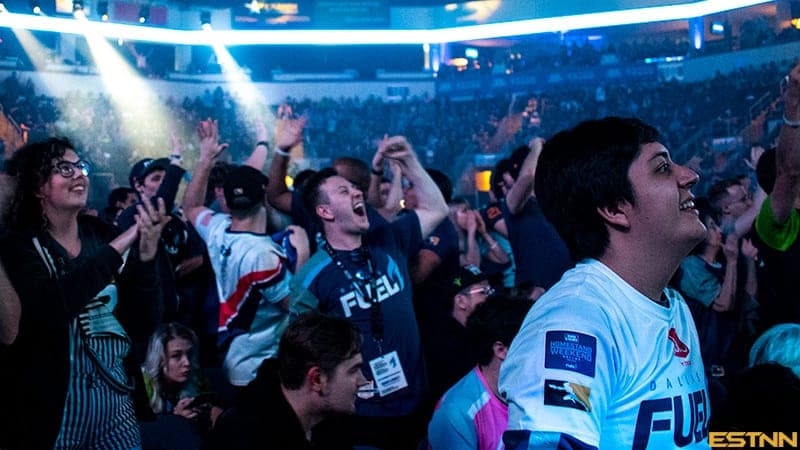 The most impressive part about the Dallas Ultimate Weekend wasn’t anything that Blizzard or the Dallas Fuel did. That’s not a knock on either of those parties, but the true heroes of the weekend were the fans.

They came early, they filled the seats, and they cheered hard. It rarely mattered who was playing, the arena collectively lost its mind any time a player landed a well-placed Earthshatter or Graviton Surge. This was especially noticeable in the final game of the weekend, the Battle for Texas. 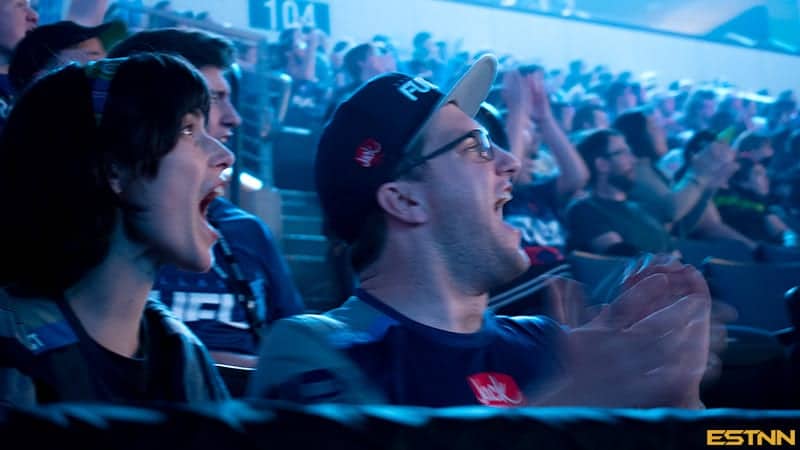 The Houston Outlaws took on the Dallas Fuel in a series where the final score, 3-1 in Dallas' favor, doesn’t tell the whole story. Each map was a back and forth affair, but the fans cheered nonetheless.

Imagine a football game where the home team fans cheered for the opposing quarterback when he threw a perfect pass. Dallas fans would cheer when the Outlaw’s Muma outplayed Fuel’s OGE, and Outlaws fans would erupt when AKM came out ahead of JAKE [Ed. note: Article originally pitted JAKE against Taimou instead of AKM. The article has been edited to correct this.] 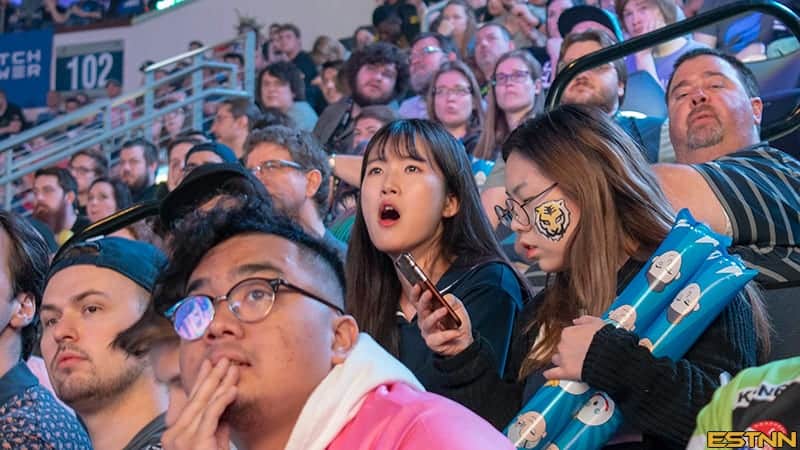 All in all, it seemed as though those who attended just wanted to see exciting Overwatch. Thankfully, fans got exactly what they wanted.

The fans have to be praised here. According to the Allen Police Department, there wasn’t a single interaction that required police intervention. This is especially impressive given the amount of alcohol that was flowing in the stadium.

The Arena: The Allen Event Center 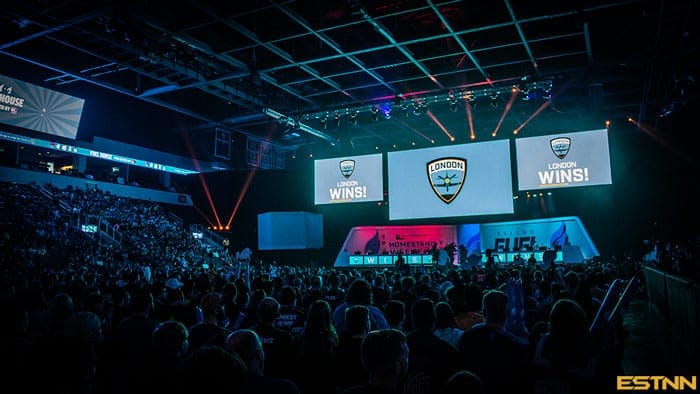 The Allen Event center played host to the Dallas Homestand, and it couldn’t have been better suited to the task. The Center is normally used for events like hockey games and concerts and has a total seating capacity of 6,275. For the Dallas Homestand, Blizzard and the Fuel reserved about a quarter of the arena for broadcast, production, and team practice areas, leaving a total of 4,500 seats available for fans. The Dallas Fuel sold out all available seats.

Amazingly, the arena never really felt crowded. Sure, between games and at halftime fans would leave their seats and grab something to eat or shop for official Overwatch League merchandise, but there were few times where it was difficult to move around. 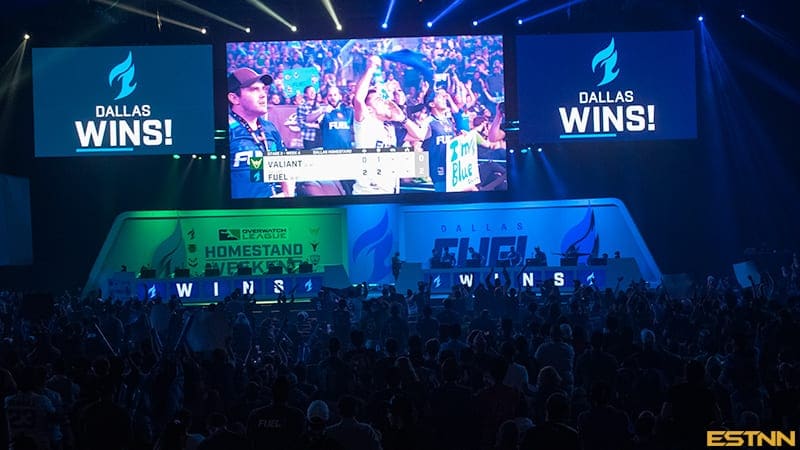 The event center itself had approximately fifty staff manning the doors and concessions, and these staffers kept foot traffic moving at a decent pace. Security at the venue was tight, with uniformed police officers and paramedics roaming the halls. To take it a step further, security had stationed multiple metal detectors at every entrance, and fans had to have their tickets scanned every time they entered or exited the arena.

With every live event, organizers are going to run into trouble, and the Dallas Homestand was no exception. During the London Spitfire and Paris Eternal game, the Allen Event Center lost power. Almost immediately after the London Spitfire took the first point on Busan, an equipment failure at a local substation plunged the arena into darkness.

“The city of Allen had power back up and running within minutes, and operations staff then completed a reboot of all security, gameplay and production equipment to ensure systems were operating properly in the venue. “

While it was a small hiccup in an otherwise fantastic event, a power failure during the first game of the Homestand and a 45-minute delay isn’t a great way to start. Regardless, fans have to praise the Allen Event Center staff, along with Blizzard and the Dallas Fuel employees, on-site for recovering from the delay.

Whatever the Overwatch League’s new beer sponsor decides to call himself, his presence (and the presence of Bud Light as a sponsor at all), seemed out of place for a franchise that has always shied away from alcohol sponsorships. While we’ll cover this more in Part 2 of our Dallas Homestand Breakdown, it’s worth mentioning that Bud Light came in hot and didn’t let up for the entirety of the weekend. 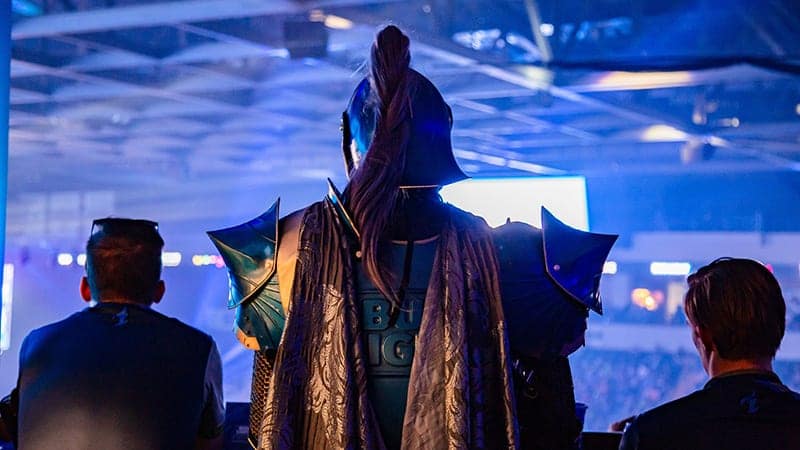 In between games, the Fuel randomly selected fans to enjoy the Bud Light VIP Suite, where the alcohol and food flowed freely. Once again, Bud Light’s inclusion here felt forced, especially due to the fact that Blizzard announced the sponsorship deal only days before the event. Additionally, watching children wave Bud Light towels while trying to catch swag from a t-shirt gun felt criminally out of place. 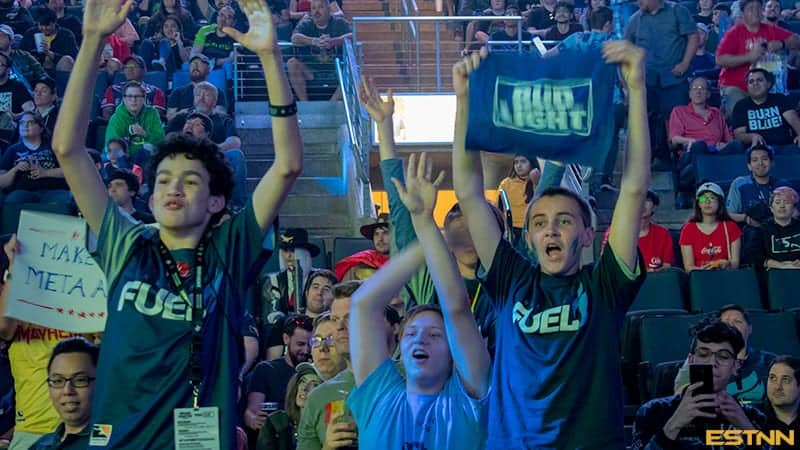 It’s important to note here that Blizzard (or the Fuel) emblazoned all of the promotional materials and badges with the Bud Light logo. This indicated that the companies inked the deal long before the announcement of the sponsorship.

How many games do we need in a day?

With four games of Overwatch played each day during the Dallas Homestand, attendees got more than their fill of Overwatch. It wasn’t uncommon to see fans yawning in their seats or a certain desk analyst closing his (or her) eyes on the desk during downtime (no, we’re not telling you who).

Chris Puckett, the desk host for the Overwatch League, was overheard saying that he and the staff were working fourteen-hour production days. In a sport where players are “retiring” left and right due to burnout, the Overwatch League has to wonder whether if less is more. 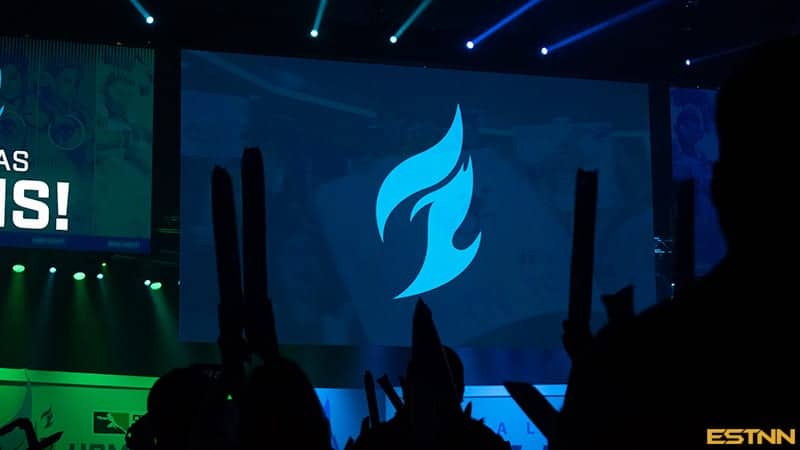 From a fan and attendee perspective, The Dallas Homestand Weekend was a phenomenal success. The level of competition, overall production value, and fan experience were all top notch. That said, how sustainable is the homestand model? There were indications that Blizzard flew out the equipment and production staff, which is, to put it mildly, expensive. We’ll take a look at that question and more in Part 2 of our Dallas Homestand breakdown later this week.

Before you go, make sure to check out our Day One Recap of the Dallas Homestand event over on Youtube below, and keep an eye out for Part 2 of our deep dive into Blizzard's first experience with geolocation.