Charlotte “CharlieHiggins” is a student in London, England with a strong passion for Overwatch Esports. She is a Community Moderator for the Los Angeles Gladiators and creates daily content for fans to enjoy. You can learn more about Charlotte on our About page. 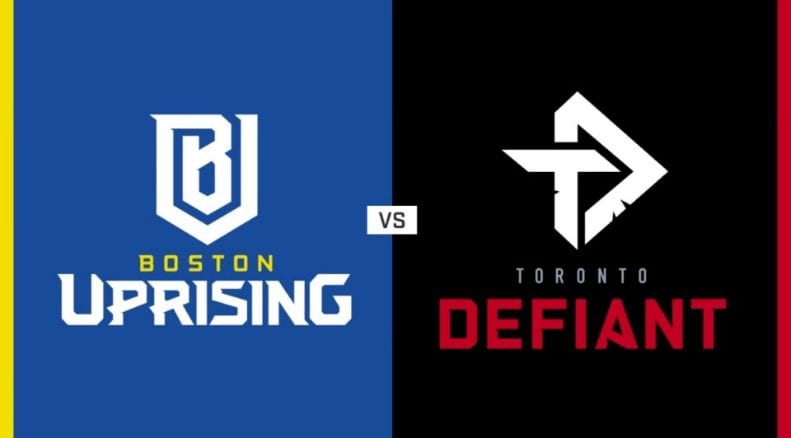 The first match of the night was between the Toronto Defiant and the Boston Uprising, and both teams were looking to prove themselves. Boston was looking to kick off another winning streak, while Toronto was looking for redemption after their loss against the NYXL earlier in the week. Only one team could emerge victorious, and this time, it was the Defiant. The final match score was 3-1 in favour of Toronto.

If you had to sum up Toronto during this match, the chances are you would end up describing flex tank Kang-jae “envy” Lee’s D.va bombs. Envy not only managed to land several D.va Self-Destruct kills, he achieved two quadruple kills with the ultimate across the entirety of the match. His first was during their second game on Hollywood, with the help of Yakpung who used his Reinhardt Earthshatter to knock the opponents down to allow the blast to kill them. The second time was on Toronto’s attack on Rialto, where the quadruple kill cleared the payload and allowed Toronto to take the second point.

Boston couldn’t take the win, but they managed to take a map off of the Defiant thanks to their unfortunate mishap as they stepped off of the point. That wasn't the only thing that went in Boston's favor, however. DPS player Kelsey “Colourhex” Birse landed a triple kill as Zarya during their defence on Rialto, halting Toronto’s push onto the payload and shaving more time off of the clock for Toronto’s attack phase. Though they lost, there are still plenty of chances ahead for the Uprising to win, including their next game against the Florida Mayhem. 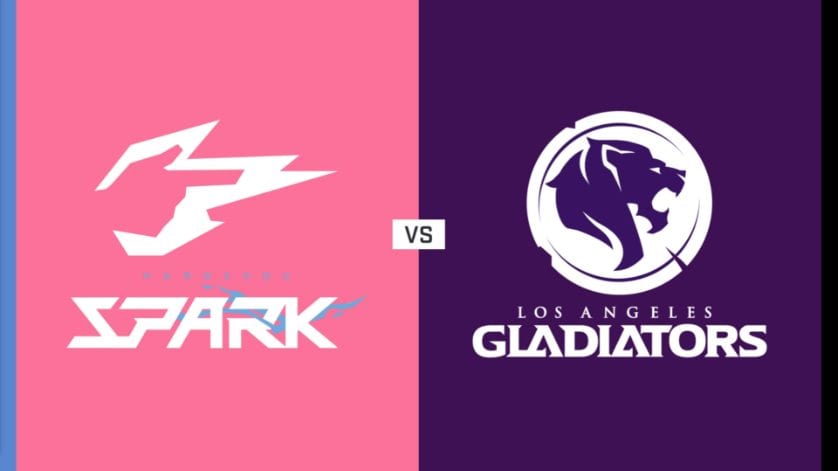 The second match of the night was a battle between two teams looking for redemption. The Hangzhou Spark and the Los Angeles Gladiators have both had a rough time in recent weeks, and they were each looking to take the win off of each other.  It was the Spark, however, who would emerge victorious in the end, with a final match score of 3-1.

The Gladiators lost to the Spark, but there were still some strong moments from the team. Flex support Jonas “Shaz” Suovaara became a deadly sniper whilst playing as Zenyatta this match. After an impressive double kill during a team-fight, Shaz spotted the Spark’s Lucio and threw an Orb of Discord tracking him into a nearby building. As he grew closer to an open doorframe, Shaz managed to snipe the Lucio through the openings in the building to stop the enemy from getting back to the point. It wasn’t just Shaz who got all the kills, though. During the Gladiators’ defence, flex tank Jun-woo “Void” Kang got a three man kill with his D.va Self Destruct, forcing Hangzhou back and stopping their push.

Hangzhou Looks to be Improving

Hangzhou took the win and seemingly regained some of their confidence. Besides a two-man Self Destruct from flex tank Seong-Wook “Ria” Park during the match, the team didn’t need to pull off any flashy plays or crazy strategies to win their maps. Through good communication, effective planning and solid coordination, the Spark were looking much better than they did in their most recent games. They were able to take the win during this match, there are still plenty more games to go for the Spark, and there is still plenty of room for improvement. 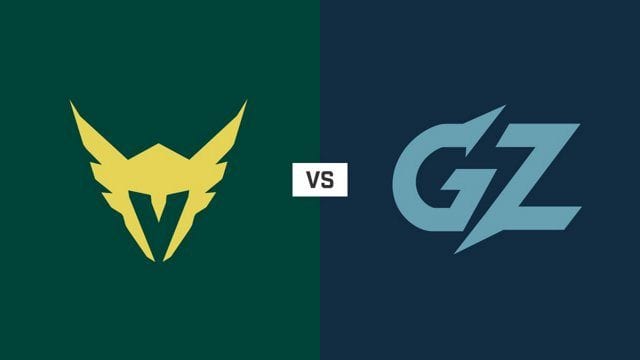 The Los Angeles Valiant went searching for their first match win of the season in their match against the Guangzhou Charge. Unfortunately for the Valiant, their search continues. The Guangzhou Charge managed to take the win and kick off a win-streak for the team, with a final score of 3-1 in favour of Guangzhou.

It wasn’t hard for the Charge to win this game, honestly. They simply looked better than the Valiant in the matchup. From flex support Jin-seo “Shu” Kim charging up his Zenyatta Transcendence in only 24 seconds, to DPS player Jung-woo “Happy” Lee landing a key snipe onto the Valiant’s own Zenyatta during Rialto, the Charge had the advantage throughout most of the game.

Earth to Valiant, Come In Valiant

The Valiant are lost, and it’s not clear as to why. The Valiant’s roster is full of talented and skilled players who all have a history playing for teams in the competitive scene. It isn’t clear why the Valiant are losing, and they’re currently sitting in second-to-last place, just above the Washington Justice. The Valiant have had a rough schedule, but they should’ve won some of their games against lesser teams. The Valiant have two games next week, and fans are hoping that they’ll finally be able to pick up their first win of the season. 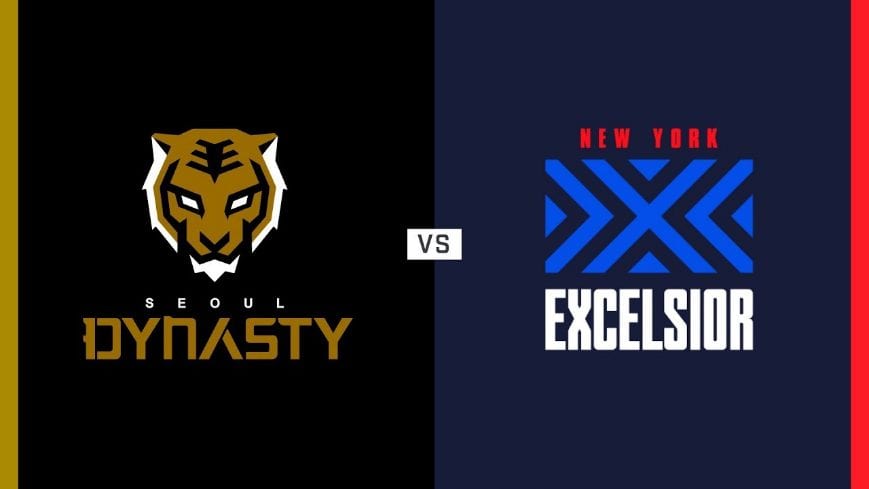 Seoul may not have won, but they certainly gave New York a fight they’ll remember. After they managed to pick up less than three ticks of percentage on the first Numbani objective, it looked fairly bleak for the Dynasty. This didn’t stop them, though, as they battled on through their defence round and managed to full hold the Excelsior and take the map win. Seoul have had some ups and downs, but with rumours swirling of the team picking up two new players, Illicit and Highly, the squad may be acquiring the pieces they need for success in the rest of the season.

All aboard the NYXL Train

New York looks unstoppable. They are still in first place on the league table, with a 6-0 record and a +12-map differential, and there are no signs of them stopping the win train. Main tank Dong-gyu “Mano” Kim once again proved he is one of the best main tanks, as he quickly made his way back to the payload during their defence on Dorado and took out two members of Seoul to begin the halt on their push. The fight looked to be in Seoul’s favour, but Mano quickly turned the tide as Reinhardt, and then the rest of his team followed suit as they took down the Dynasty and secured the match win.

Thanks for tuning into our Overwatch League Stage 1 Week 3 Day 4 Recap! Make sure you check out the previous day's recap here!