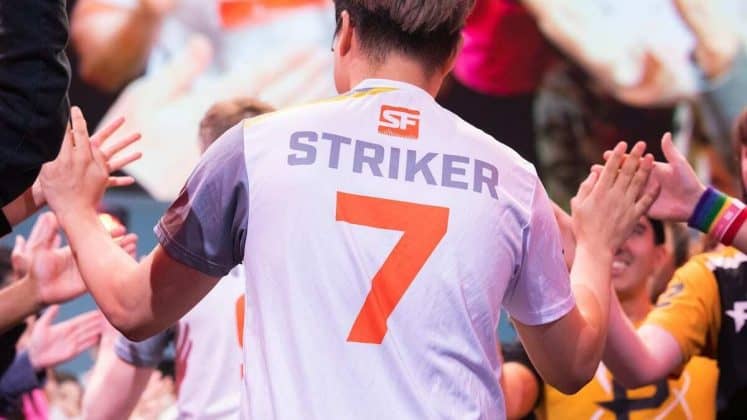 San Francisco Shock is parting ways with Nam-joo “Striker” Kwon. The team is welcoming back Seonchang “ANS” Lee, who retired in January to play Valorant.

San Francisco Shock made two unexpected changes to their roster: the iconic Tracer player Nam-joo “Striker” Kwon is retiring, while Seonchang “ANS” Lee ends his Valorant career to come back in the Overwatch League with his former team.

Today we say goodbye to @STRIKER_OW. Since joining us in 2018, Striker has been absolutely indispensable to the team. Our back-to-back championships would not have been possible without his hard work.

Thank you for making history with us, Namjoo. We wish you all the best. pic.twitter.com/vUkl9rNkLI

The circumstances of Striker’s departure are still a bit blurry. The team and player didn’t explain the reasons behind this decision. Brett Lautenbach, president of the San Francisco Shock’s ownership organization NRG, wished Striker a “well-earned retirement” on Twitter. Striker on his end apologized to his fans, saying that he “couldn’t do [his] best until the season ends.”

ANS is coming back to Overwatch after a Valorant break

He signed a contract with T1 on March 19, before his transfer to the academy team on April 8. Since then, the player tried to prove his worth and join T1’s main roster and his former Overwatch League competitor: Jung-woo “Spyder” Ha, formerly known as Sayaplayer. But as T1 Academy was getting ready for their first event together, ANS took everyone by surprise by coming back to Overwatch.

The return of the king 👑

Welcome back to the Shock fam, @ansansniper__

The redemption of San Francisco Shock?

San Francisco Shock is having issues this season, far from their dominating performances of the past seasons. The team didn’t qualify for either of the May Melee and June Joust tournaments. They haven’t ranked this low in the Overwatch League rankings since 2018 and the Inaugural Season.

With San Francisco Shock falling from grace and ANS struggling to find his place in the Valorant esports scene, it makes sense for them both to team up again for better results. Their first game is on June 25, as San Francisco Shock faces Los Angeles Gladiators for the Summer Showdown qualifiers.