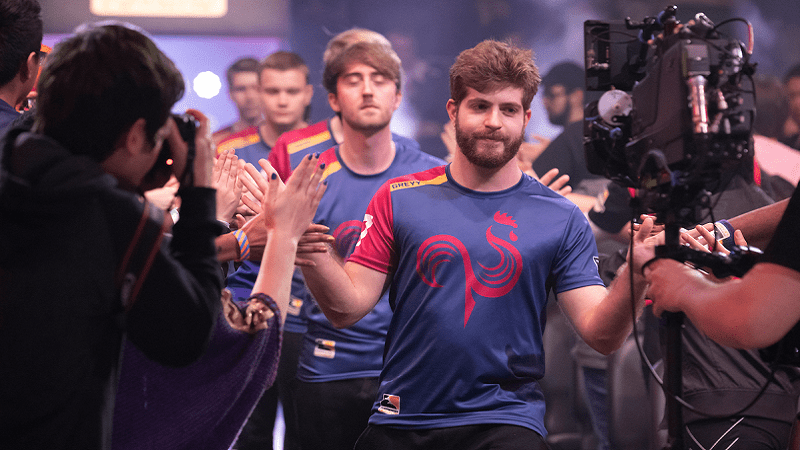 The Portuguese flex support of Paris Eternal, Luís "Greyy" Perestrelo, retires from Overwatch. The player fought for Paris Eternal since the Overwatch League Inaugural Season and competed in the Overwatch World Cup 2017. He is the third support player to leave the team, after Harrison "Kruise" Pond and Damien "HyP" Souville.

Today, we say goodbye to Luís 'Greyy' Perestrelo as he decided to retire from professional Overwatch.

Thank you @GreyyOW for everything you brought to the team, your hard work and your special humor.
We wish you all the best for your future endeavours.
Obrigado, Luís ❤️#FiatLux pic.twitter.com/A8uvo58dge

Rumors about Greyy leaving Paris Eternal have been spreading since the last Overwatch League weekend. As Joon "Fielder" Kwon joined the ranks of Paris Eternal to replace Damien "HyP" Souville, the Korean player played the entire match instead of Perestrelo.

A few days later, his teammate Nicolas "NiCOgdh" Moret hinted at a potential departure on his stream. While answering questions asked by his viewers, Moret said that leaving Perestrelo on the bench during their match against Philadelphia Fusion was a “strategic decision.” He also added that fans will “soon understand why” Paris Eternal made this call.

Today, Greyy announced his retirement from the Paris Eternal. Their last game against Philadelphia Fusion was a test for new player Joon "Fielder" Kwon. Despite losing 2-3, the team still performed well.

To leave a last smile on his fans’ faces, Perestrelo announced retiring with a meme. He copied his former teammate Damien "HyP" Souville retirement tweet and edited pasted his face on HyP’s body, edited the jersey number from 7 to 47 and switched HyP’s nickname for his own on both the jersey and as a signature of the tweet.

In his retirement announcement, Greyy explained that he wanted to stop Overwatch for a while now, as he was no longer having fun. However, Damien "HyP" Souville’s departure last month put him in a delicate position as the sole remaining flex support of the team. He said that he didn’t want to leave Paris Eternal in a bad position, missing one support healers while the entire Overwatch League is disrupted by the COVID-19 pandemic.