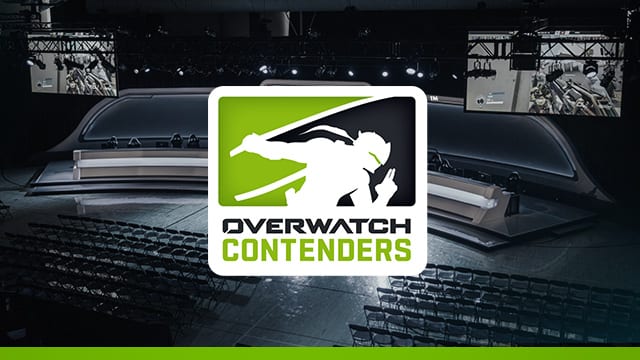 A lot happened recently in the Overwatch Contenders scene, including North American squad XL2 dropping three of its players in favor of recruiting locals, and more match results from the Contenders Playoffs.

On January 11th, XL2 Academy tweeted to its followers that they were looking for New York locals to represent the team in the next season of Contenders. Many hopefuls have already signed up, but the very next day, some disturbing news hit the fans of the team.

Supporters of the team were left in shock, as the three players have been with the team since the first season of Contenders began, and they were the last remaining members of the original Season 1 roster. Some fans suspected they were released due to the recent ‘soft region-lock’ rule implemented to Overwatch Contenders. However, seeing as each player that was released is a North American resident, this has did not affect the team’s ability to recruit players outside of the region, as the three spots are already filled by off-tank, WOOHYAL, main tank, TiZi, and DPS player, Logix.

The soft region lock rule was announced at the end of October last year, along with other updates to the tournament that you can read on their website. The rule stated ‘teams can have a maximum of three non-resident players on their roster’, claiming that it would lead to a healthy global competitive ecosystem. Fans and other professional Overwatch players have weighed in on the rule, with opinions being varied across the globe.

The news of XL2 releasing the three players comes after they lost out on a spot in the Contenders North America grand finals, being defeated 3-1 by ATL Academy, the academy team of Overwatch League team, Atlanta Reign.

Whilst there were supposed to be two matches in the second day of the Contenders South America Quarter Finals, one match was unfortunately cancelled due to technical issues. The match between Caverna e-Sports and UP Gaming was due to take place after the matchup between LFTOWL and XTEN Esports, however, due to unforeseen technical issues on the side of Caverna e-Sports, the match was forfeited and UP Gaming was automatically moved onto the semi-finals match.

The match that did take place though, was one you definitely did not want to miss. Last night, LFTOWL and XTEN Esports went head to head in a fight for the spot in the semi-finals, and LFTOWL came out on top in a dominant 3-0 victory over their opponents. But that’s not to say that both teams didn’t play to the best of their ability, with impressive plays coming from LFTOWL’s main tank, Fastie, pulling off an incredible move as he blocked an oncoming D.va bomb by charging it into the wall and raising his shield to suppress the blast as Reinhardt. Speaking of D.va bombs, flex tank Harzeck of XTEN Esports proved himself as he launched a D.va bomb on Hanamura, earning himself 3 kills.

A new champion was crowned in the Contenders China circuit. For the past two seasons, Lucky Future Zenith has taken first place in the series, with LGD Gaming coming a close second respectively on both occasions. But a fresh team took the title this time. T1w Esports Club successfully took down their opponents, Flag Gaming, with the final score being 4-1 overall.

This was one match you definitely did not want to miss. Both teams fought until the bitter end, with outstanding plays from Flag Gaming main tank, OVER, combining with DPS, evillx, to wipe out the entire of T1w Esports Club on Ilios Lighthouse to win the first game, and one of many multiple Doomfist showcases coming out of T1w Esports Club’s DPS, Mijia. Not only did the DPS shine during the match, T1w’s flex support, WYA, gave the fans a play to remember as he wiped out three of Flag Gaming’s players on his own as Zenyatta on Horizon Lunar Colony.

Contenders China and Europe might be over, but there is still plenty of Contenders action happening very soon!