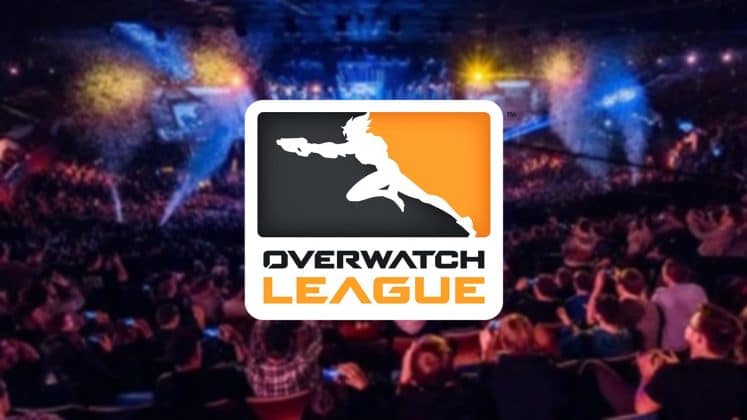 The second season of the Overwatch League is now in full swing. With four matches a day taking place and each one being full of action, fans are excited for what the future holds for the rest of the year. After an intense but exciting day two, here is what happened in the most recent Overwatch League match-ups.

The new team from Toronto faced off against the Houston Outlaws in an intense match-up. What started as a 2-0 lead for Houston ended in the first reverse sweep of the season, with a 3-2 victory going in favor of the Defiant.

Houston may have lost, but their 2-0 lead was a strong start for the team from Texas. In a clutch Overtime on the third round of Nepal, it was neck and neck between Toronto and Houston. With both sides at a 99% capture percentage, it was a brawl on the point to gain control and win the first game. Main tank for the Defiant, Gyeong-mu “Yakpung” Jo was swinging around the point as Winston to hold onto the point. However, main support for the Outlaws, Daniel “Boink” Pence, knocked two of Toronto’s members off of the map as Lucio, and it allowed the rest of his teammates to take down the remaining members left on the point. With nobody left on Toronto to hold the position, Houston flipped the control back into their favor and took a 1-0 lead in the game.

Toronto was out to prove themselves to the fans in their first match of the season, and they did it. Throughout the whole match, Toronto showcased good coordination and effective communication to make each game count. Even in the games they lost, Toronto was still giving a strong showing, but it was the final three games that showcased their talents. Flex support for Toronto, Jae-yoon “Aid” Go showcased a strong Zenyatta at the end of Route 66 to keep his team in the match, eliminating two of Houston’s members whilst DPS player, Seung-hyun “Ivy” Lee took two others down as Zarya to clear the Outlaws off of the point to allow Toronto to take the win, beginning the reverse sweep. While most of the matches have been close or have seemed very close so far, this is the first match where it has been entirely one-sided. The Florida Mayhem went to battle against the Atlanta Reign last night but were unsuccessful in landing any map wins off of them. With a stunning 4-0 victory, Atlanta proved to be a force to be reckoned with to the fans.

If there were one word, to sum up the Atlanta Reign’s performance, the choice would most likely be this: surprising. Especially when DPS star and fan favorite for the Atlanta Reign, Daniel “Dafran” Francesca, began the match by playing Torbjörn on Ilios Well. The pick most likely threw Florida off guard, and Dafran was able to pick up several eliminations as the hero. Combined with good team communication and well-executed plays, Atlanta earned their victory over the Mayhem with impressive plays coming from all players on every map. From sneaky kills and eaten Graviton Surges from flex tank, Dong-hyeong “DACO” Seo to well-timed boops to push enemies off the map by Petja “Masaa” Kantanen, Atlanta has come out of the gates strong.

The Mayhem lost, but they put up a good fight during the match. The team did manage to display some strong plays, with DPS player Kevyn “TviQ” Lindström executing a double kill with his Rocket Barrage as Pharah on the first point of Hollywood, enabling his teammates to take control of the point to get the payload moving. As well as this, flex tank Jae-mo “xepheR” Koo landed a mean triple kill with his Self-Destruct as D.va moments later to win the team fight as the payload continued to roll onwards towards the second checkpoint. From one 4-0 victory to another, the San Francisco Shock proved that their new roster line-up is one to be afraid of, as they took the win over the Dallas Fuel in their match, not allowing for Dallas to take a single map win from them.

Many people had hyped up the Shock’s new roster changes before the start of the season, and this is no surprise. The team acquired Nam-joo “Striker” Kwon from the Boston Uprising during the offseason, a player who proved himself to be talented during the inaugural season and key to Boston’s surge of success.

Another off-season pickup was the infamous DPS from the London Spitfire, Dong-jun “Rascal” Kim, who was then transferred to the Dallas Fuel before being let go from their roster mid-season. Some classed this match as one of revenge for Rascal as he went up against his former team, and Rascal made himself known during the match, landing a two-man Rocket Barrage kill as Pharah on Nepal Shrine before dispatching a third member to bar Dallas from taking control of the point.

The Fuel lost, and while it may have seemed to be a very one-sided affair, for the most part, Dallas did have some strong showings of team coordination and communication as they worked together to push the San Francisco Shock off of the payload during Kings Row. A new addition to the Fuel, Zachary “Zachareee” Lombardo made his presence known with a double kill as Brigitte on the third point of the map. His team then took down other members of San Francisco and forced their opponents back and to regroup.

It was the debut match of the other two new Chinese teams added to the league during the offseason, with the Chengdu Hunters and the Guangzhou Charge going head to head in what was the most intense match of the night. After a back and forth exchange of map wins, the Chengdu Hunters claimed the crown over the Charge, with the final score being 3-2.

Guangzhou had a strong showing during the match, even if they were unable to take the victory at the end of the day. Flex support for the Charge, Jin-seo “Shu” Kim, landed a double kill as Ana on the first round of Busan to clean up the remaining members of Chengdu. Before that, DPS teammate Jung-woo “Happy” Lee and flex player Hong-jun “HOTBA” Choi cleared the Hunters off of the point to allow Guangzhou to take control of the position and continue building capture percentage.

The Chengdu Hunters won the match, and it's not surprising when you look at some of the plays they pulled off during the maps. Flex tank for Chengdu, Ma “LateYoung” Tianbin, had a solid showing as D.va during Numbani, as he landed a two-man Self-Destruct kill, whilst DPS teammate Luo “Elsa” Wenjie, hacked three members of the Charge with a well-timed EMP as Sombra that enabled for his team to take the members down and to continue to push the payload.

Here are the upcoming matches for the Overwatch League: 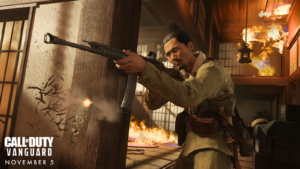 Fortnite: How To Watch FNCS Season 8 Semi-Finals, Reboot Round & Finals