Overwatch 2: Is Bastion The New Meta? Bastion seems to be taking over the meta in the Overwatch 2 closed beta.

Overwatch 2 is getting close and closer, but we will have to wait a couple of months until it becomes available to everyone. Fortunately, we are among the lucky ones to have access to the closed beta. This allows us to test the new heroes and everything they offer.

Speaking of new heroes, Overwatch 2 will have three new names. Two of them are already playable, whereas the other one will become available after the game is released.

Aside from the new heroes, many of the existing ones have gone through massive changes. Some of the new things are great, whereas others are strange and it will take us some time to get used to them. Fortunately, the hero we’re about to mention in this article is one of the names that changed for the better.

Bastion was one of the highest damage-dealing hero in Overwatch. Despite that, he never appeared in pro games or high-level PUBs because of his specific skills. He is slow, easy to kill, and requires a specific set of heroes to work. That’s the reason why Bastion was only famous among lower-ranked players.

Even though he is not the best damage dealer in Overwatch 2 (at least for now), the hero has tons of new abilities that make him stand out. We know that many of you are interested in learning more about them, so let’s check out several important things about this hero.

Abilities that are no longer a part of Overwatch 2

As mentioned earlier, Bastion is one of the heroes in Overwatch 2 that received tons of changes. In fact, this is probably the existing hero that has the largest number of new abilities in the game.

We’d like to start by mentioning the things that are no longer available. Starting with his Ironclad, this passive ability is no longer a part of the game. This is bad news for people who like Bastion because this passive gave the hero a 20% damage reduction.

Configuration: Sentry and Configuration: Tank are also no longer a part of the game. These two abilities are actually available in Overwatch 2, but they have different names and effects. The first option allowed Bastion to do tons of burst damage, but he had to stay still. As for the Tank, this was his big ultimate that did loads of AoE damage.

Sadly, Self-Repair is also no longer something that Bastion can rely on. This was one of the best defensive abilities in the game for a DPS hero because it allowed him to heal himself.

Starting with his Configuration: Recon, Bastion now deals 25 damage, and his weapon’s spread is reduced from 1.2 to 0. The fire rate is also down to 5 (it was 8), and his ammo is set to 25.

When it comes down to the new abilities, we’d like to start with Configuration: Assault. The latter allows Bastion to become a tank and start bursting his opponents for 6 seconds. During that time, his movement speed is slowed by 35%, but he has infinite ammo, which makes him incredibly dangerous. This ability only has a 12 seconds cooldown, so the hero might be able to use it multiple times per fight.

Another new ability in Bastion’s arsenal is called A-36 Tactical Grenade. The latter deals 130 damage and can stick to enemies or bounce off walls. In addition to the high damage output, the grenade also has a small knockback effect.

Lastly, we have Bastion’s big ultimate called Artillery Ultimate. Instead of turning him into a tank, this thing allows him to fire three rockets anywhere on the map, each of which deals more than 200 damage. In other words, this is a global ultimate capable of one-shotting squishy support and DPS heroes.

Following our tests, we can safely say that Bastion feels way more powerful in Overwatch 2. Although he is not the best DPS hero in the game, his ability to deal tons of burst damage when needed and his global ult make him dangerous.

We’ve tried playing the hero alongside the classic combo with Reinhardt, and we can safely say that it works. Unfortunately, Rein’s new shield is not as strong as before, which means Bastion needs to be more careful.

While we are on the topic of being careful, we need to point out that Bastion is not as tanky as before. What’s more, he does not have the opportunity to heal himself, which means you need to be way more careful. Staying out of position for more than a couple of seconds may have a negative effect.

The bad news is that Bastion still has one major flaw – his mobility. Sure, he is better than before because his Sentry config allows him to move, but that’s not always enough. If we take a look at other DPS heroes, almost all of them have some sort of escape mechanism. Sadly, this is not the case when it comes down to Bastion.

It will be exciting to watch the best Overwatch 2 players in the world play with the hero because they will definitely figure out a way to utilize him properly.

Even though Bastion has new abilities that make him better than before, the hero is not invincible. In other words, there are loads of counters he has to be aware of and most of them were also annoying in Overwatch 2.

Starting with Genji, this is the DPS hero that can make Bastion’s life difficult. The cyber ninja can take full advantage of Bastion’s slow movement speed and kite him with little to no effort. Furthermore, his deflect causes the hero’s Configuration: Assault to be less powerful than it is.

Widowmaker is also a huge problem for Bastion because he is not great in long-range matchups. Although the hero can kill the annoying sniper, the lack of shields and damage-reduction means Widowmaker can bring down Bastion pretty fast. 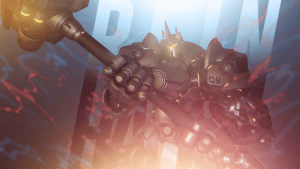 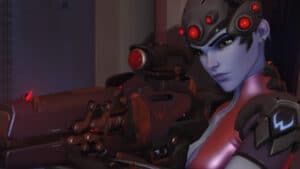