An American football star has joined the FaZe esports organization.

The esports industry is continuing to expand at a rapid pace. That sentiment applies explicitly to FaZe Clan, a well-established brand in the scene. What once started as a Call of Duty clan has since elevated to other competitive titles and achieved status as a successful apparel brand. Today, FaZe Clan announced another step in the brand’s storied history. Kyler Murray, a former number one overall NFL draft pick and current superstar quarterback, has joined the California-based esports team.

The pick is in.

The organization released a video on its official Twitter account. FaZe co-owner Ricky “FaZe Banks” Bengston welcomed Kyler Murray to the team alongside fellow members Thomas "Temperrr" Oliveira, Nate Hill and others. Murray spoke of his excitement on the video, calling his inclusion in FaZe “a blessing and an honor” before sporting the FaZe K1 gamer tag, referencing his nickname.

The Arizona Cardinal’s quarterback posted the announcement on his Twitter account for nearly 300k followers to bear witness. He joins the likes of some massive names both inside and outside gaming, including Nick “NICKMERCS” Kolcheff, who recently became a part-owner of FaZe Clan. The organization possesses popular apparel and talented rosters in many different esports such as Fortnite Battle Royale, Call of Duty: Black Ops Cold War, Rainbow Six: Siege and Valorant.

Kyler Murray streams regularly on Twitch, where he plays games such as Madden NFL and Call of Duty: Warzone. Since launching his channel in 2015, the football superstar has amassed over 60k followers, a figure that will more than double once FaZe Clan’s fanbase starts showing their support.

Murray is not the first athlete to establish a relationship with FaZe. Other athletes, including basketball players Ben Simmons and Josh Hart, have monetary investments in the brand alongside music artists and executives. This newest relationship speaks to the reach of esports and gaming beyond a niche audience. FaZe Clan is a significant bridge between the two, and signing Kyler Murray to a deal is proof of that. 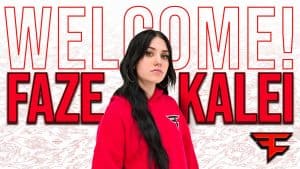 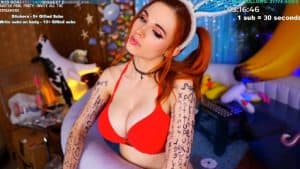 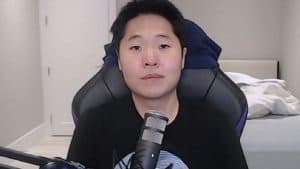