The Weekly reveals had some great news for beginner Commander players – and those who want to get their friends into the format.

With Universes Beyond releasing and the first reveals of the November expansion Brother’s War, Magic: The Gathering’s hype train just can’t seem to stop. But even with all the new cards and releases, Wizards of the Coast doesn’t forget about the new players – and they have put together five starter decks for new Mages trying to get into the Commander format.

One of – if not the most popular format of MTG can be a bit intimidating at first, as you have to play a 100-card deck with no duplicates, bar from Basic Lands. The official Preconstructed decks have helped players start out easier, but now, WotC has announced that on December 2nd, five 2-coloured decks will be released with beginners in mind. These decks will all have a clear theme, good composition and alternate arts for at least the face Commanders – and can be played right out of the box!

First Flight will be a classic Azorius control-value deck, making it harder for opponents to attack us – or at least get some cards for us if they do decide to take some of our lives away. Our army will be lead by Isperia, Supreme Judge, a 6CMC flyer with 6 Power and 4 Toughness, who has the ability: “Whenever a creature attacks you or a planeswalker you control, you may draw a card.” 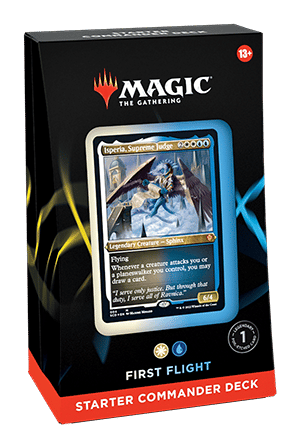 Grave Danger is a Dimir zombie deck helmed by Gisa and Geralf, who can be familiar from the Undead Unleashed precon from Innistrad: Midnight Hunt. This deck will surely aim to make Zombie tokens, but as the face Commander is all about graveyard recursion, it might focus more on this mechanic rather than the Wilhelt deck. 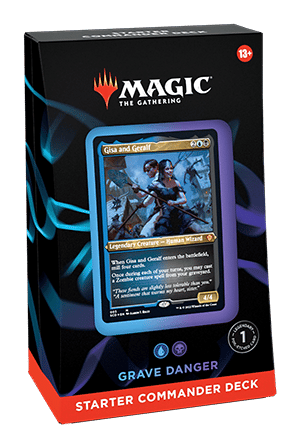 Chaoc Incarnate will be all about fighting, as Kardur, Doomscourge will make each creature our opponents control goaded – meaning they have to attack the next chance they got, and can’t attack you if able. Also when an attacking creature dies, every other player loses 1 life while you gain 1. Rakdos has been known for Aristocrat-type effects, and Chaos Incarnate seems to be solidifying that stereotype. 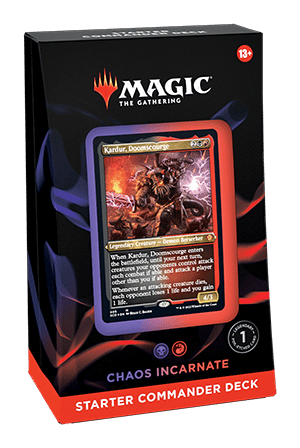 No set is complete without some dragons! Atarka, World Render will aim to make your dragons even stronger in Draconinc Destruction, as she will grant double strike for all your scaly monstrosities when they attack. Even though she’s a high CMC Commander, Gruul – or more specifically Green has the best ramp tools in the game, so high-costed dragons shouldn’t be a problem! 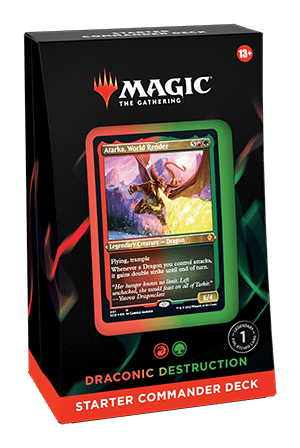 Last, we have the Selesnya token deck Token Triump, helmed by Emmara, Soul of the Accord! Coming at 2 CMC, she will make a 1/1 Soldier with Lifelink every time she gets tapped – so she doesn’t need to attack for it, which can make for great combos, or just wins by going wide!

MORE FROM ESTNN
The Importance of "Who Made This?" — Why You Should Follow Your Favorite Developers 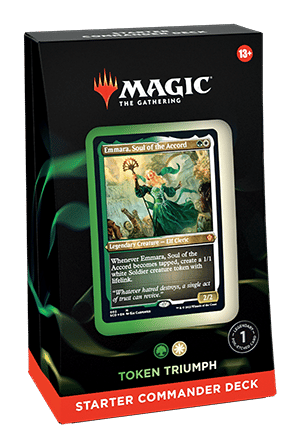 While the full decklists haven’t been revealed just yet, the Commanders give us a pretty good idea of how the decks should play. Don’t miss your chance to pick them up at the start of December!