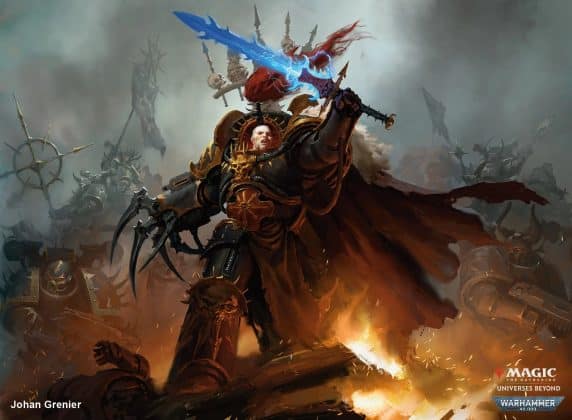 Have you pre-ordered your favorite deck from the upcoming Universes Beyond expansion as Warhammer 40k meets MTG.

The 40th millennium is upon us! Immensely popular Trading Card Game Magic: the Gathering will soon drop its first ever Universes Beyond expansion, which will take players to a different popular fantasy world – this time, it will introduce the Warhammer 40000 universe to Magic!

Wizards of the Coast will release four decks for the most popular format, Commander. Each deck will represent a thematic from the futuristic 40k games and books, with all-new, in-universe artworks for existing cards reprinted in the set as well – so no piece of our deck will feel like it doesn’t fit.

A look at the Warhammer 40k MTG decks

The first deck revealed back in May was The Ruinous Powers, helmed by Abbadon the Despoiler. In this Red, Blue and Black deck, we will be able to command the forces of Chaos, from Chaos Space Marines to daemons, while using cascade effects further to increase our power and the confusion of our opponents. 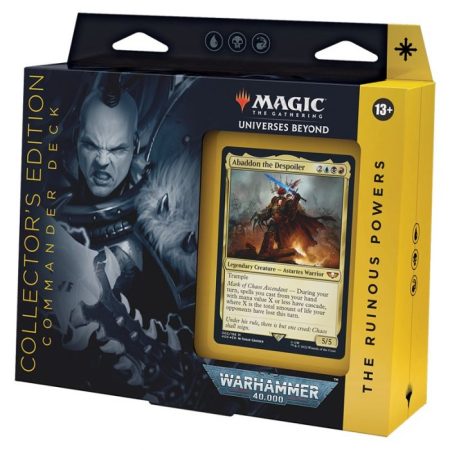 The Tyranid Swarm deck is also a three-color one with Red, Blue and Green in its identity. It’s face commander, the Swarmlord suggests the deck will rely heavily on counters, as you can draw cards and gain an advantage if a creature you control with any kind of counter dies. While we don’t want to go into much detail on the deck, it has an (X) mana cost subtheme, which works really well with the Swarmlord – and also fits the fantasy of flooding the board with huge bugs. 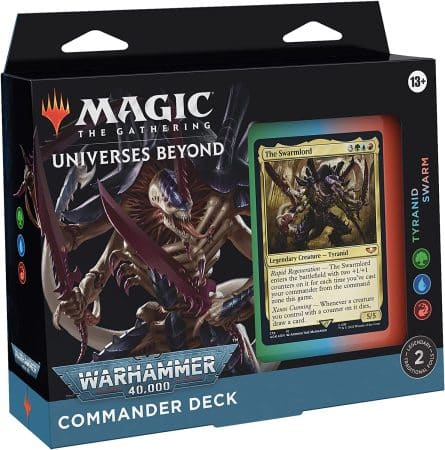 The Imperium of Man will fight the enemies in the Forces of the Imperium Deck, lead by Inquisitor Grayfax. The deck is White, Blue and Black, and contains cards from factions such as the Space Marines, Ultramarines and Adeptus Mechanicus, and features the Golden Throne itself, supporting the Emperor of Mankind, who in turn will support us on the Board. 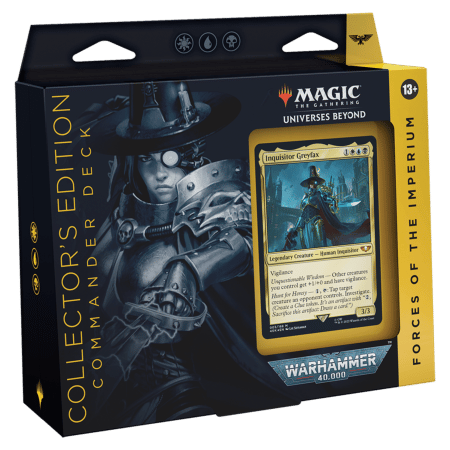 The last deck is the only monocolored one, called Necron Dynasties, in which Szarekh, the Silent King, will exert his will. This deck focuses on artifacts and creatures, which are all Necron units. While it may be strange that there is only one monocolored deck out of the four, Necron Dynasties has the most alternate commanders included, as every card in the deck is Black! 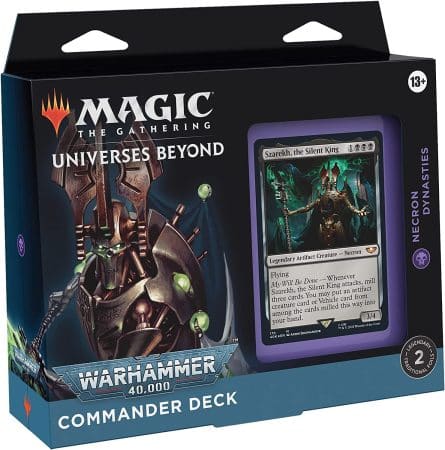 In recent days, the full decklists have been revealed for each of the decks, so be on the lookout for individual reviews of the Warhammer 40000 Universes Beyond Commander Precons!