With Rumble Stage finished and going into the Playoffs, let’s look back to how our semi-finalists ended up in our MSI 2022 Rumble Stage Recap.

MSI 2022 Rumble Stage is over. Finally, we are done with the Bo1s and going into Bo5s. After an underwhelming Group Stage, at least we had an exciting second phase of the tournament. With multiple ups and downs, all teams put incredible performances for the fans.

Unfortunately for the wildcard teams, there aren’t many surprises going into the Playoffs, as the representatives of the four major leagues managed to qualify. Despite this, performances of both PSG Talon and Saigon Buffalo succeeded in impressing the audiences worldwide.

The most significant talking point of Rumble Stage was the broken win streak of tournament favorite T1 by G2, which themselves went cold after the first two days. At the same time, the LPL giants RNG showed why they are the reigning champions.

Saigon Buffalo was the only second team attending the MSI. VCS Spring 2022 winners GIGABYTE Marines could not participate, as they chose to represent Vietnam in Southeast Asian Games 2022 instead. This is the second year in a row Marines missed MSI, as they couldn’t attend in 2021 due to Covid-19.

Still, the second seed of VCS came to the tournament with big aspirations. Missing the last two international events made sure fans were hyped about them participating, and they delivered in the first Group Stage.

While they had a rough start to the Rumble Stage with seven straight losses, their performance in these losses was nothing to dismiss. Their playstyle and aggressiveness left quite the impression on both the fans and players. Especially with the performance of bot lane of Shogun and Taki, fans are optimistic about Vietnam’s chances at the next Worlds. 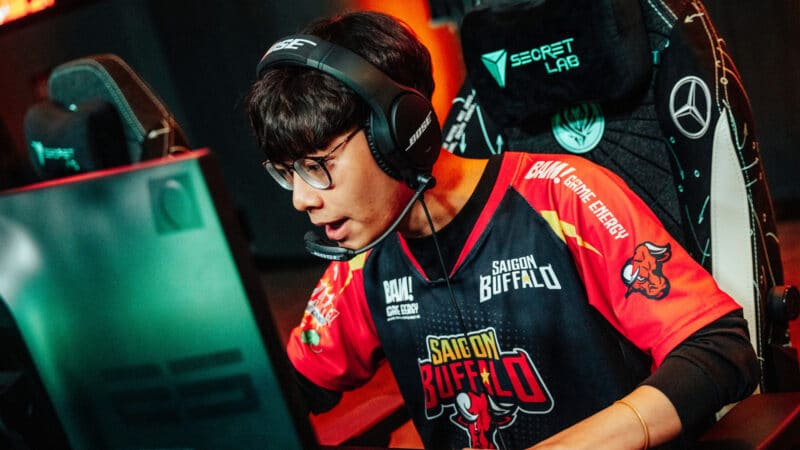 Not many people consider PCS, specifically PSG Talon, a wildcard region anymore, deservedly so considering the international results of the pool 2 team. They had a good run in Worlds 2021, and they saw semi-finals in the last year’s MSI over NA champions Cloud9.

So many people were expecting PSG to compete for the same finish this year as well. However, PSG couldn’t meet the expectations this time around. They were able to only win three games and finished two games behind qualification.

While they couldn’t take any games of T1, RNG, or EG, PSG’s most surprising result came when they won both their games against the G2, almost eliminating the Europeans. However, dropping a game against Saigon wasn’t helpful to their cause.

Still, there are many good takeaways from the MSI 2022 for PSG. First, Hanabi showed why he was considered the best top in his region without any questions. Bot lane of Unified and Kaiwing can still go toe to toe with anyone. And Juhan and Bay showed improvement throughout the tournament. There is no doubt in anyone’s mind that PSG won’t be coming back better and improved.

NA’s hope continues their journey in the tournament. Evil Geniuses came into the MSI 2022 carrying over a domestic win streak and the hype of Jojopyun and Danny. While the two young stars were slow to start in the first group, they showed consistent improvement throughout the Rumble Stage.

Danny was willing to go back to his Jinx and Samira, despite the nonexistence of the former and lack of success for the latter. While Jojo was able to show his aggressiveness in lane and his potential for play-making out of it.

The top side of EG was also impressive. Inspired showed why he was the LEC MVP, and Impact reminded people he hasn’t retired just yet, once again. The only constant criticism was levied against Vulcan, who is performing under his level. The native support was especially vulnerable during solo warding missions, which fans think cost EG a game or two.

Despite the usual pessimism amongst NA fans, there is a lot going for EG. The squad is still young and showing sizable improvement in the MSI. And unlike last year, they didn’t lose a game against either PSG or Saigon in the Rumble Stage. They even managed to steal a game from T1. But let’s not talk about their record against G2.

Just like EG, G2 Esports also came to the MSI following a lower bracket win streak, which they managed to carry deep into the Rumble Stage. European fans were hyped after the 24-straight wins and a 4-0 start after Day 2. But like most things, this didn’t last either.

G2 had a horrible experience in the latter half of Rumble Stage, going only 1-5 in the last three days. Their only win was against EG in their last game, which was a good one as they made the interregional score 6-0.

Similar to NA fans, European audiences started to expect doom and gloom ending to the MSI, but it is important to remember the earlier performances of the LEC champions. They came into the Rumble Stage without dropping a single game, albeit in a three-team group, and they managed to beat both LCK and LPL representatives on their first day.

Jankos and caPs are experienced players who can always turn things around, and fans shouldn’t forget they were playing the best League they did in the last year or so. Broken Blade has been very stable all season and Targamas proved himself to be one of the best supports in LEC. But the biggest upside for G2 this whole tournament is the resurgence of Flakked. The star AD Carry showed he is capable of carrying games, and people should be watching him going into the Playoffs. 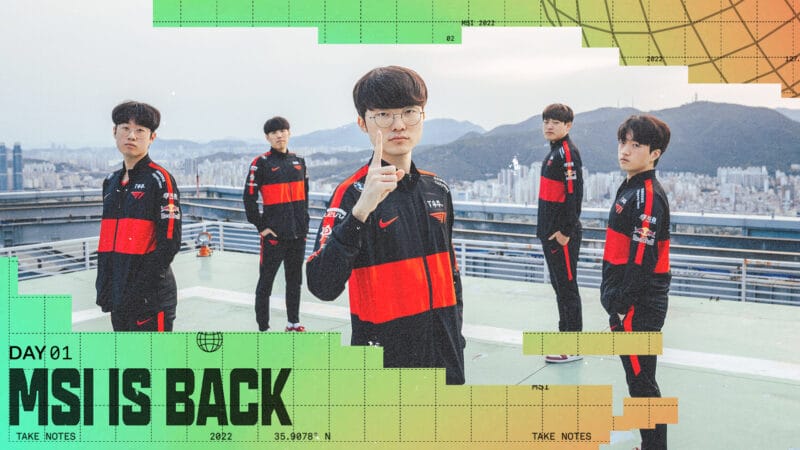 Many people would be shocked if they were told before the MSI T1 wouldn’t be the first seed going into the Semi-Finals. But the LCK first seed had its fair share of ups and downs. While they weren’t necessarily losing too many games, performances during those weren’t the most optimistic.

There were too many bad decisions, many Baron throws, and too much unusual mechanical misplay for players of T1’s caliber. Most of the criticism was directed towards the bot lane duo Keria and Gumayusi. While Gumayusi was considered one of the best ADCs around, many claimed Keria to be the best player in the world.

However, they had a very slow start to the tournament, losing lane to Saigon bot lane, and not having their usual pressure around the map. This was apparent in their losses to G2 and RNG in the first two days.

But, they managed to pull themselves together, and they have been playing much better in the last three days, despite dropping another map to Evil Genuises. They managed to win their last two games in the group off Gumayusi’s Xayah’s back, one of them being against RNG. Going into the Semi-Finals, G2 should be worried that T1 is back on form, and they are looking to get revenge for their prematurely ended win streak.

All major region teams showed some sense of struggling during MSI 2022, and then there was RNG. Even though they lost two games, one to G2 and one to T1, they never seemed like they were in trouble.

While Bin seemed to be back to some of his bad habits against T1, he is having a very good performance overall. Ming and Wei are still one of the best jungle-support duos a team can want, and their control around the map has been better than most.

Xiaohu is playing to a level people are used to by now. Doesn’t matter which lane, mid or top, his contribution to the team’s success is astronomical. And GALA is once again having a great performance as if to show people he is not below Gumayusi in the rankings. GALA was the MVP of MSI 2021 and there is a good chance he can repeat that if RNG goes on to win the whole thing again.

While most people came into the MSI 2022 thinking T1 would win it all, the consensus shifted towards the RNG going into the Playoffs. With the advantage of the first seed, the reigning champions are better placed than anyone to once again bring the trophy back to Shanghai.