However, it’s not all positive. An absurdly pay-to-win feature has been unveiled for the game in the form of Weapon Vaults. Alongside that, dataminers have to work in Warzone. They’ve found blueprints that offer significant changes to how guns work.

All of these Modern Warfare 2 pay-to-win features have come out ahead of an official reveal It’s a worrying development. They look fairly broken so far and might spell some bad news about the series' direction. This is how the weapon vaults and blueprints are all going to work:

Call of Duty is no stranger to microtransactions. The game’s been selling DLC, Battle Passes, and more recently directly selling cosmetics like other games. It’s not known for being on the generous side in terms of content. The game has ditched lootboxes. However, the newest addition of particular blueprints might be going a step further.

The new Blueprints coming to Modern Warfare 2 and Warzone will have a unique feature. According to a dataminer, the paid blueprints will alter a weapon's stats. An upcoming blueprint has been found to unlock unique content for some weapons, giving them a faster TTK and more power. This will make the paid versions of weapons run better than the normal ones. More than a bit pay to win.

👉Some blueprints like Banisher and Ultimatum have HIGHER 10MM DAMAGE in #Warzone, for lower average TTKs in their first damage range!

Did you snag one of these BPs from the store? 👀 pic.twitter.com/JaEtBs9EnX 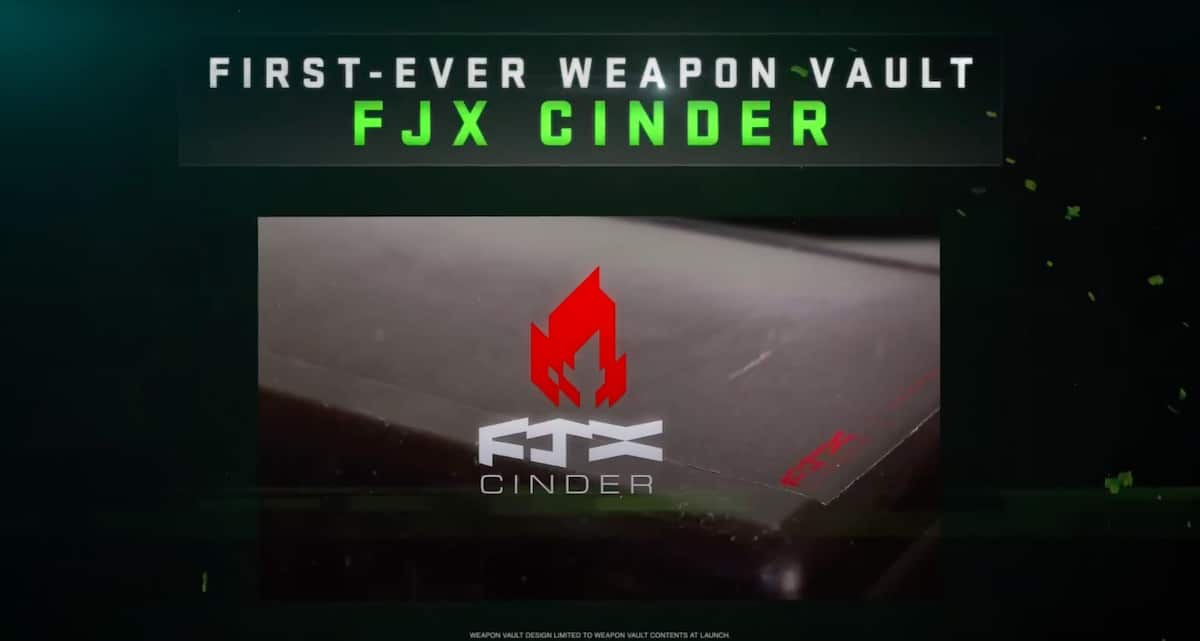 The pay-to-win blueprints in Warzone and Modern Warfare aren’t the only problem. There are also weapon vaults. The one unveiled so far is part of a pre-order package that would run you $100 in total, a hefty price tag for the game. This is for the FJX Cinder Weapon Vault edition.

So far, there hasn’t been the best explanation of just what a weapon vault is. However, Activision has made a few things known. It’s going to auto unlock all of the attachments for each weapon.

Newer Call of Duty games has a complex Gunsmith system. This deals with attachments. They require you to grind for a substantial amount of time to actually get access to all of the add-ons you can put on each gun. Players with unlocked attachments have a considerable advantage over others. Weapon vaults skip grinding. However, they also have much better equipment than other players.

This M2II Weapon Vault will add an essential pay-to-win factor to the early game. What’s more worrying is this doesn’t seem to be a one-time thing. This is one weapon vault. It looks like there will be more. Future Weapon Vaults might provide a speedy unlock for every gun in the game. This will give players an advantage if they’re willing to pay for it ahead of time.

This change for Modern Warfare II adds a bit more pay-to-win to the game. It looks like the blueprints could cause significant problems for Warzone too. Call of Duty is no stranger to controversial monetization, but the blueprints and weapon vaults are on another level.

As we get closer to the game's release, we’ll have to see how this develops. Activision still needs to clarify how the weapon vaults work in full, and the blueprints are open to changes. For now, fans have a lot to be concerned about ahead of the new game’s release unless they’ve already bought the weapon vaults.

The ultimate list of Call of Duty betting sites

The ultimate list of Call of Duty betting sites