Suning tries to play spoiler against Top Esports with a spot at Worlds on the line.

Suning are certainly the underdogs in this matchup with many people speculating Top Esports to be the best team going into Worlds. Let’s see how the series played out earlier today. 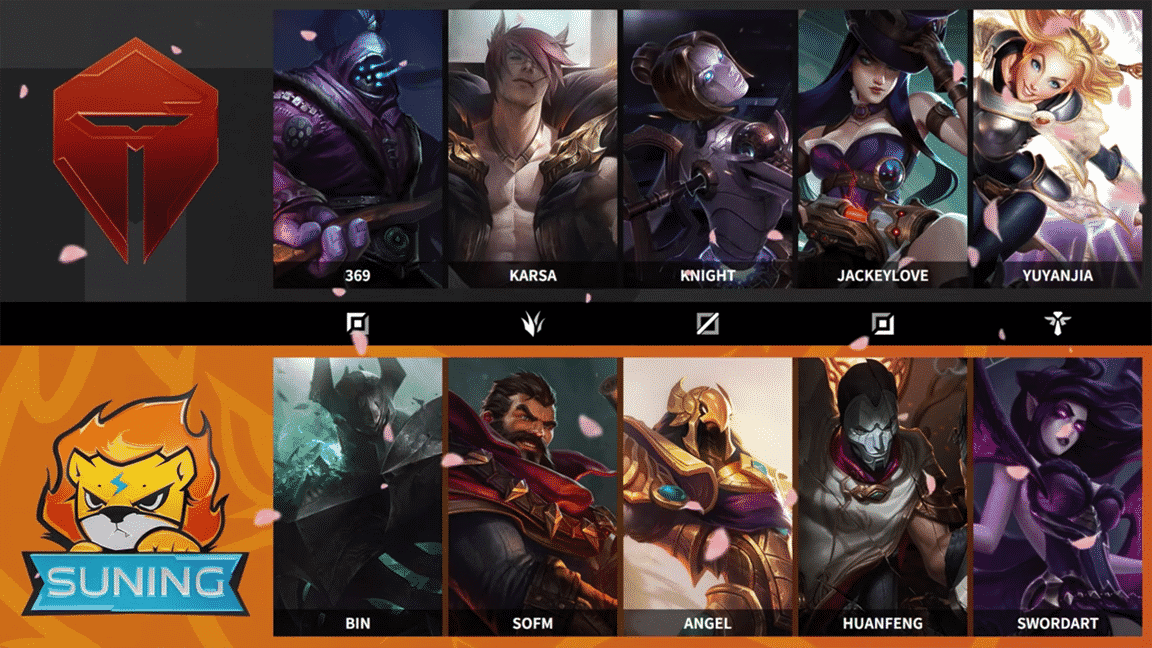 Chin “Bin” Ze-Bin felt the full force of a truly dominant game by Bai “369” Jia-Hao. Jax is already a difficult champion to deal with, but add in a world-class player and it is just unfair.

Most of the early game was spent at Bin’s expense and TES snowballed from there securing first blood, turret, dragon, and both heralds. SN did manage to get a Baron, but it cost them everything.

TES absolutely dismantled SN in game one, not allowing even a single turret to fall. The hopes of an upset seemed to fade along with the crushing defeat. 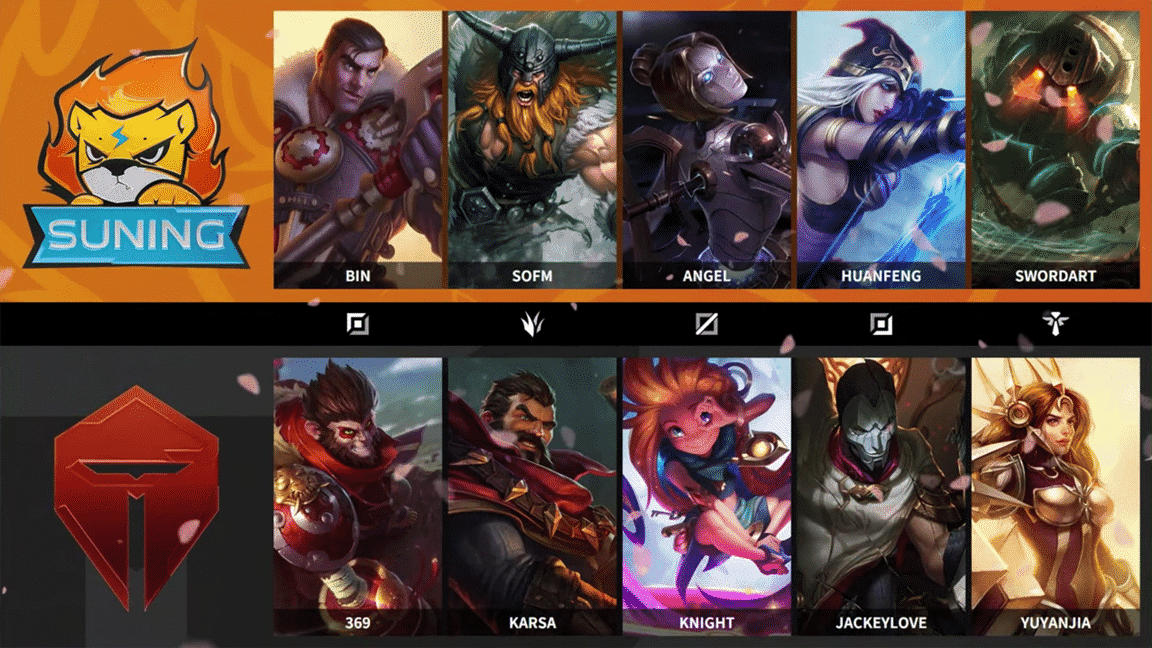 SN found their footing at the start of Game Two by controlling much of the early game and keeping things close. TES even made a few missteps by being overly aggressive, like when they successfully took the Baron, but lost four members as a result.

However, TES beat SN at the dragon pit and took all four of the first dragons. Not only did they secure Mountain Soul, but they also got the Elder Dragon and used the buff to run over SN and take the Nexus. 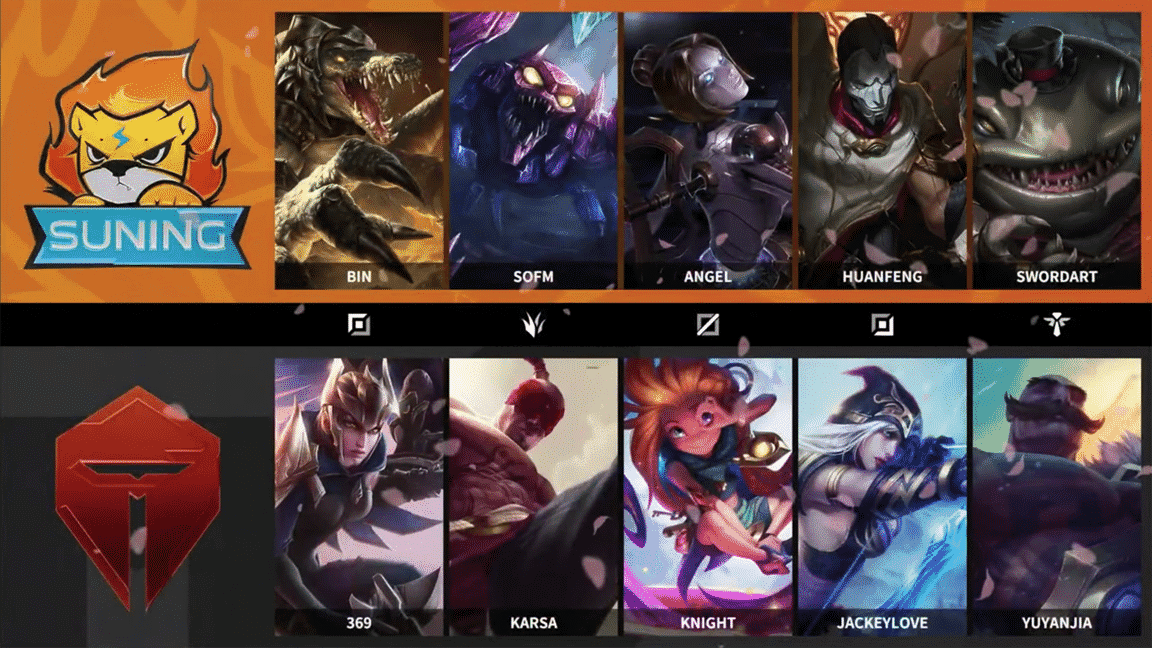 After a terrible game one, and then to lose a lead in game two, SN were not looking too hot. Credit to them, however, they did not give up. TES continued to be aggressive and bring the pressure and SN did well to fight back. There were a few tense moments and team fights that seemed to indicate SN might take a game off the number one team in the LPL.

Unfortunately, it was just delaying the inevitable. TES kept pushing and kept getting kills and SN eventually fell. With SN’s misfortune, an opportunity rises for the LPL MVP: Zhou “knight” Ding. This will be his first World’s appearance and his team is very excited for him.