The 2022 LCS Regular Season has officially started, and week one brought a lot of surprises in terms of wins – and even picks!

After the end of the Lock In Tournament, LCS fans all over the world held their breath for the start of the real deal. But they didn’t have to wait long. February 5 marked the beginning of the LCS season – and the wait was worth it, because we saw some incredible performances from the teams. With split officially starting, we at ESTNN decided to have a soft reset on our Power Rankings, meaning that the teams will have a clean slate going forward. But how did they rank after the first two days of play?

We cut some slack for TSM in terms of the Lock In Ranking due to COVID issues. The Academy team had to fill in for the main roster, and they — — didn’t stand a chance. But when the time came, Mingyi “Spica” Lu and his teammates couldn’t hold their ground. Much like the Academy team. 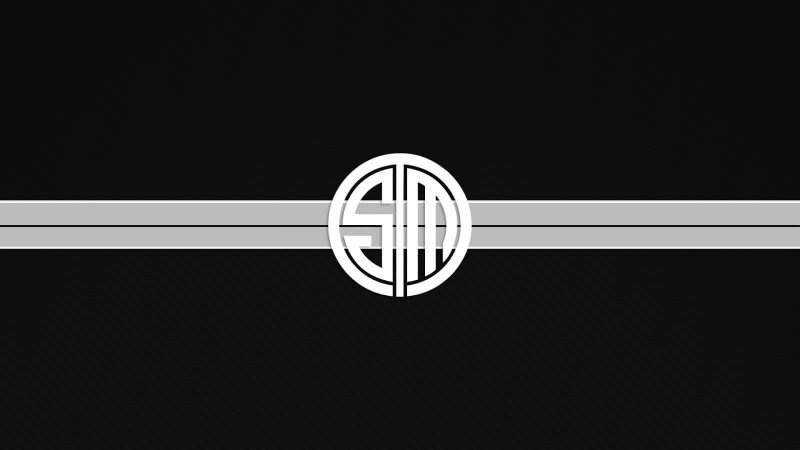 TSM went 0-2 in their first weekend, which is no less than unacceptable from a team with this much experience. Not just on an organisational, but on an individual level as well. They started off by not finding their footing against Evil Geniuses. Then managing to keep it even against Dignitas, only to lose it all in the last few minutes. The season is still long, but after the hopes of the main roster, TSM doesn’t look so good.

Immortals started off the LCS in the same fashion they did in the Lock In Tounament — by not winning a single game. They also had one of the shortest average match time with 30:17 after the first round. The only team which was faster was the Golden Guardians, who had an average length of 30:06. But Immortals played against Team Dignitas; who even though went 2-0, are not considered among the strongest of the strongest, and Team Liquid, who went 1-1, so they are not as unbeatable as during Lock In.

Nothing seems to work out for the squad, as they couldn’t get any first Towers or First Bloods. Plus, First Drakes avoided them as well. None of the players stood out in either of the matches, all of them just seem lackluster. Hopefully they can find their form before it’s too late.

The team with the record for the shortest match time in the League, Golden Guardians take the 8th spot in the list. The team had their Academy squad playing in their place for Lock In. But GG.A made playoffs — something which is currently far out of reach for the main team.

They faced off against Cloud9 and lost in 26 minutes; even after getting the first objectives on the map relatively early, and keeping the gold difference close to equal. After the loss, they went on to play against FlyQuest, showing promise throughout the whole game, leading by 7 thousand gold at one point. But a single mistake cost them the game — that also means if they work on their mid- and lategame decisionmaking, they can be a team stronger than ever before.

After a great showing at Lock In, Counter Logic Gaming fell back to their roots, losing both of their matches in the first week of LCS. In their first match, they played a back-and-forth with FlyQuest, gaining and losing the lead a number of times, even slaying the Elder Dragon. But after they failed to close out the match, FlyQuest got a Baron and ended the ordeal themselves.

Against 100 Thieves they tried the infamous Yasuo-Diana combo, but a weak showing from Contratz meant that they couldn’t release the full potential of the pick. Meanwhile they couldn’t get their hypercarry rolling, which meant another loss. But they showed their potential during Lock In, so if they can stand back up, and Contractz can play a lot more consistent, they should be able to make playoffs this year. 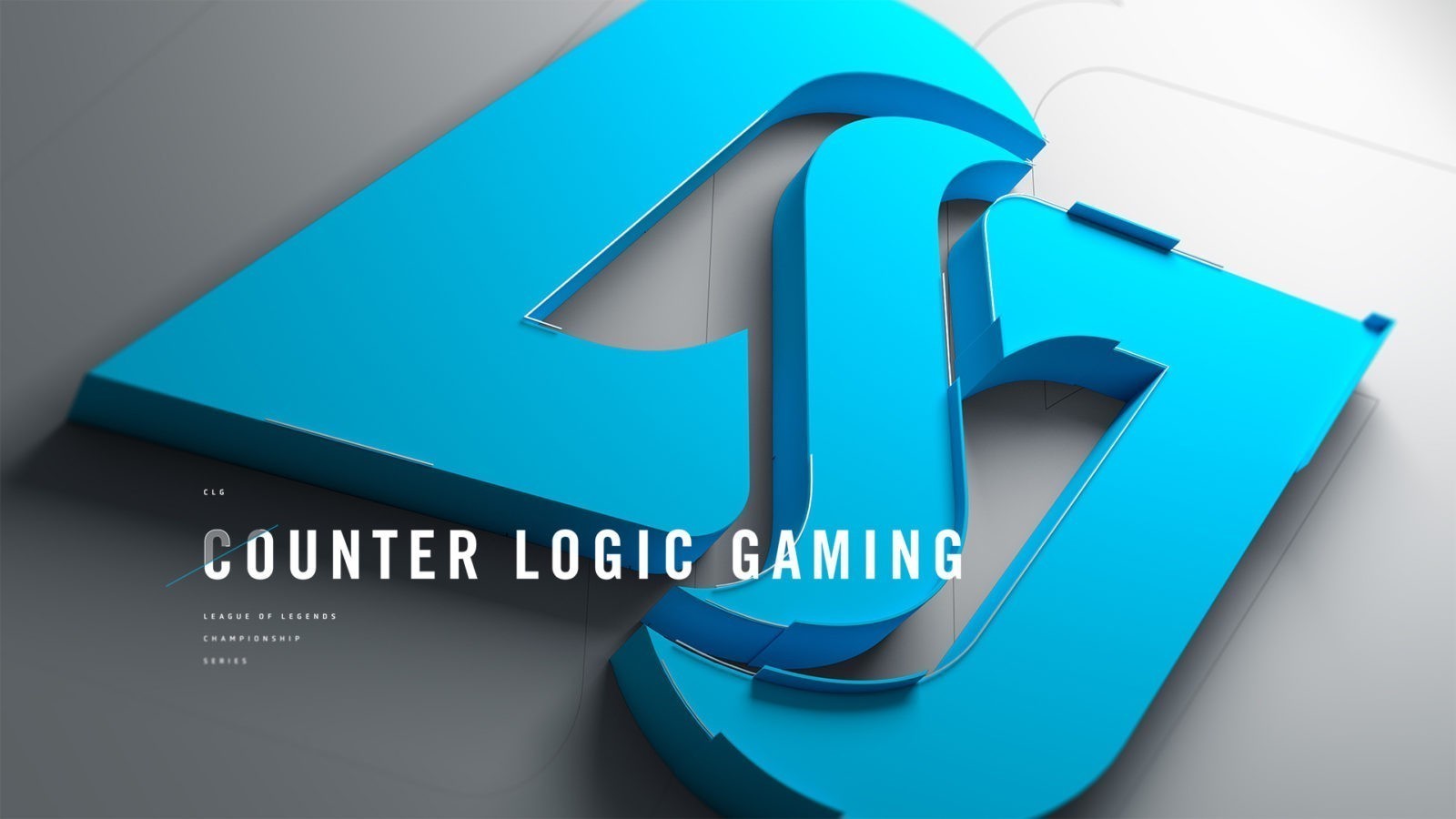 Speaking of playoffs, the first team that would make it to the next stage of the LCS Spring Split according to our list was Evil Geniuses. The team has fallen far from the Lock In; where they made it to the finals with a stellar performance — but their placement in the Ranking doesn't mean that they are not one of the strongest teams in the league.

Against TSM they got the expected victory fairly easily. With Danny playing one of the cleanest Zeri games of the 2022 League of Legends season so far. Against Cloud9, they started off great, getting a slight lead in the first half of the match and keeping it for the majority of the game, with Impact’s Tryndamere leading the charge. But after C9’s ADC, Berserker got to a certain strength level, they couldn’t stop his Aphelios — especially when it was backed by Fudge’s Soraka mid, courtesy of Coach LS.

The strongest team on our Lock In Power Rankings only made fifth place this time around; because like EG, they lost one of their matches in the first weekend. They had an easy match against Immortals where all the team could shine. Bjergsen played his signature Zilean mid, Bwipo and Hans sama were on hard carries like Tryndamere and Jinx, and Santorin had an outstanding performance with Xin Zhao. But the win against IMT was a given to say the least, the real challenge was 100 Thieves.

And this time around TL didn’t pass the bar, even though they managed to keep the game even for almost 40 minutes. Both squads drafted for lategame, with the main power sources being Jinx for TL and Aphelios for 100T. Still it was FBI who started rolling harder. Ending the game with a 9/0/4 scoreline and dealing almost 30k damage, doubling the number of TL’s strongest player. Liquid is a superteam alright, but 100 Thieves were willing to prove they are no the team which we saw at Lock In.

Dignitas cruised to the top 4 on our list, as they went 2-0 after the first week. Granted, they played two of the weaker teams, and were behind in gold for the majority of their match against TSM. But after an even match, the duo of Blue and Neo managed to close out the game.

On the first day, Dignitas played a quick match against Immortals, and even though the 9th place squad put up a good fight in terms of damage, in terms of gold, Dignitas completely outmatched them and won the game with a considerable lead. The only question is that can Dignitas be as dominant against top teams as they are against bottom ones?

FlyQuest launched themselves into the top 3 after a better performance than in Lock Ins. Going 2-0 against Golden Guardians and CLG. While those teams are not the strongest, they played better than Immortals and TSM, even leading in gold against FlyQuest as well. Golden Guardians stand out the most; they had a considerable lead for the majority of the game. Untill FlyQuest scaled in their mid and ADC departments, there was no stopping them. FlyQuest also played an infamous enchanter support in the toplane, showing that they can adapt to the meta – and they can adapt fast.

Against CLG, they took their time. Even setting the record for the longest game of the split so far with 48 minutes and 55 seconds. While FlyQuest got most of the objectives, they were behind for a good amount of the match – they were down in gold even when they won, but they still pulled through! If they can keep this perseverance up, they can stay in the top 6 for sure.

The Thieves are back in form again! After getting first place and then failing to win their first playoff match in the Lock In tournament, many were afraid for 100 Thieves and their 2022 run. But Abbedagge and his teammates came in swinging, winning both their matches – and against strong teams.

They played against TL in a match that lasted for more than 40 minutes. But the wait was worth for the Thieves, as a scaling FBI secured the first victory for them in the split. On the second day, they faced off against CLG. While they protected themselves for longer than anticipated, the win was a cakewalk for the Worlds-attendant team. 100 Thieves are looking great, and there’s no doubt about them making playoffs – they even have a chance to make it to this year’s MSI.

Coach LS was the topic of many conversations regarding the league before the split officially began, and rightfully so. One of LoL’s most controversial figures proved that his hot takes have merit, as Cloud9 went 2-0 in their first weekend with an Ivern and a Soraka mid. While Ivern mid was on the questionable side, it worked wonders against Golden Guardians; who couldn’t punish C9 in the early game. Even though they won some fights and kept even, the scaling composition of Cloud9 did its job even faster then expected thanks to Blabers Gwen getting fed. Soraka mid looked much better thanks to the team’s new ADC, Berserker; who had two supports instead of one and carried his team to victory. C9 and LS are not afraid to think outside the box, and LS found a partner in his shenanigans in Fudge. So, the new Cloud9 looks really scary.

You can catch up on all the Week One action in our rundown here. The next chapter of the 2022 LCS season begins this Saturday with the match between Evil Geniuses and Dignitas! But who will be the true winner of week two?