The locations for MSI and Worlds were just announced, along with the new formats for both tournaments.

League fans have been asking for a change to the international tournaments for a long time. Despite being among the most prestigious esports tournaments in the scene, both Worlds and MSI have been mainly played with standard Bo1 groups consisting of Bo1s. Many in the community felt that this format wasn’t enough to decide the best teams in the world, especially when there are only two events a year, and it also wasn’t satisfying when there was so little best-of series.

Riot already said during their Worlds Finals press conference in November that some format changes would be happening in 2023, and we saw some changes to regional leagues like LEC and PCS. And now it is the time for changes to the big shows. In a lolesports.com article today, Riot announced that they are finally adjusting the format for both MSI and Worlds, starting in 2023. They said in the article the changes took time because they didn’t want to make changes for the sake of change, and they needed time to “strike the right balance between updating the ecosystem and building on reliable traditions and institutions.”

The main goal for these format changes was to eliminate the meaningless games that occur during the end stages of groups and provide more best-of series, preferably cross-region matchups, to fans. Another big point of contention for international events was double vs. single elimination, which Riot also addressed. It seems the team gave a lot of thought to the pros and cons of both choices and decided double-elimination was favorable for most stages of the competition. However, the biggest stage which is the Worlds Knockouts will still continue using single elimination as the importance of short-term advantages is a big factor in LoL Esports.

While many fans were asking for changes to the Worlds format, arguably MSI needed it a lot more. With only two international tournaments in a year, only one team from each region really felt too little representation. Both to help with that, and to also increase the chances of cross-region games, Riot is doubling the number of major region teams attending MSI. Starting this year, two teams each from the LCK (Korea), LPL (China), LEC (EMEA), and LCS (NA) and one team from CBLOL (Brazil), LLA (LATAM), VCS (Vietnam), PCS (Southeast Asia and Oceania), and LJL (Japan) will be invited to MSI.

MSI next year will be a completely different event from 2022, starting with the Play-In. From the thirteen attending teams, all major region first seeds and the second seed from the previous year’s World Champion (LCK for 2023), will get byes into the Playoffs. The other eight teams will start in the Play-In Stage. The Play-Ins will consist of two Bo3, double-elimination brackets. The two teams that go 2-0 in their groups will advance to the Bracket Stage. The two teams that finish 2-1 and win the lower bracket in their group will play each other in a best-of-5 series, with the winner advancing to the Bracket Stage and the loser being eliminated along with the other 0-2 and 1-2 teams.

After the Play-Ins, the remaining eight teams will be seeded into one double-elimination bracket, played entirely in best-of-five games. This stage will have 14 Bo5 games in total. In comparison, the previous MSI format only had three Bo5 games, two semifinals and the final. 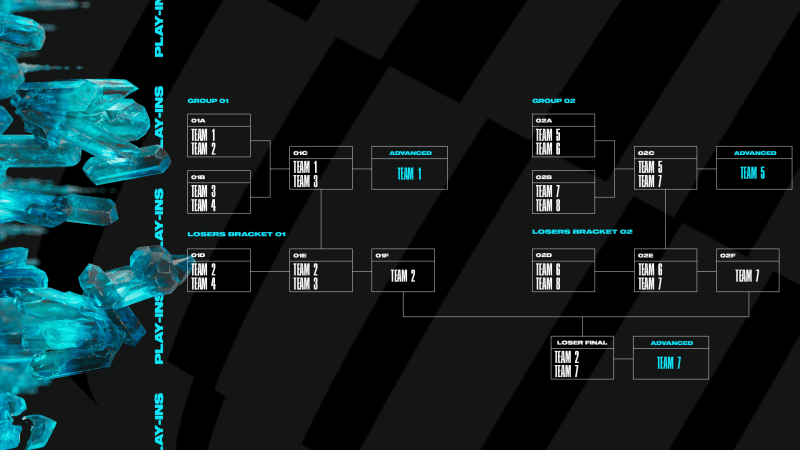 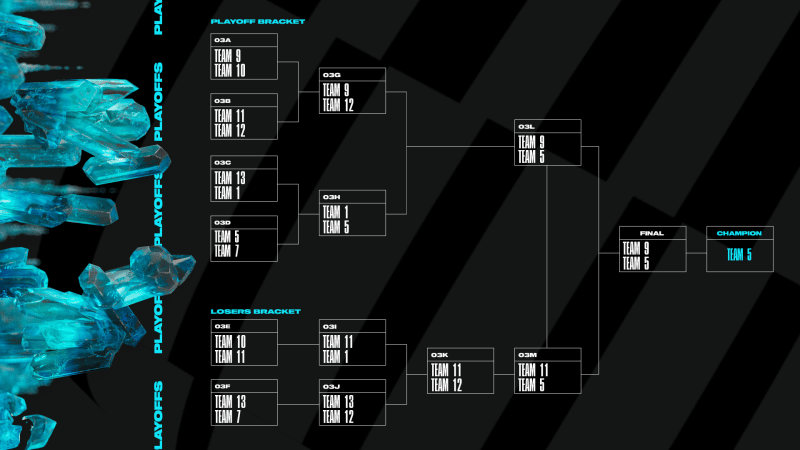 For Worlds format, Riot put out three clear goals: more stakes, more cross-region best-of series and maximizing the number of compelling matchups. A big problem with this latter goal was the participation of major region teams in the Play-In Stage. Although it gave the Wildcard teams and fans a great experience, it made a lot of the matchups predictable and sometimes boring to watch. So to help with this, Riot is introducing the Worlds Qualifying Series.

WQS is planned as a single best-of-five qualifier between the two worse performing major regions to determine which gets to send a fourth team to Worlds. Due to LCK and LPL's recent international successes, WQS in 2023 will be played between LCS and LEC, with North America hosting the game. The fourth-seeded team that won the WQS will be seeded into the Play-In stage with other Wildcard teams, while the other three LCS and LEC teams directly start in Groups. The LPL and LCK will no longer participate in Play-Ins.

The biggest change of the year is probably this Groups Stage. First time in Worlds history, Riot will hold their Groups Stage in a Swiss format. In the Swiss format, all teams are placed into one group and teams with the same win-loss record compete against each other until they achieve three wins or three losses. For Round 1, teams will randomly face an opponent from a region other than their own. In consequent rounds, teams will face another random team that has the same record as they have. For example, a 0-1 team will face another 0-1 team, a 1-0 team will face a 1-0 team, etc.

All Round 1 games will be played as Bo1s, but Bo3s will start once we hit Round 2. Any matchup that can eliminate or advance a team will be a Bo3 series. Swiss format also addresses the biggest problem with the GSL group format Riot used to use. There won’t be any games on the last day of groups where a team knows their destiny and the game is meaningless for them and their fans. All in all,  the Swiss Stage will feature a total of 33 matches, 20 Bo1s, and 13 Bo3s. The previous Groups Stage format for Worlds had 48 Bo1s and no best-of series.

There are no changes to the Knockout Stage format. 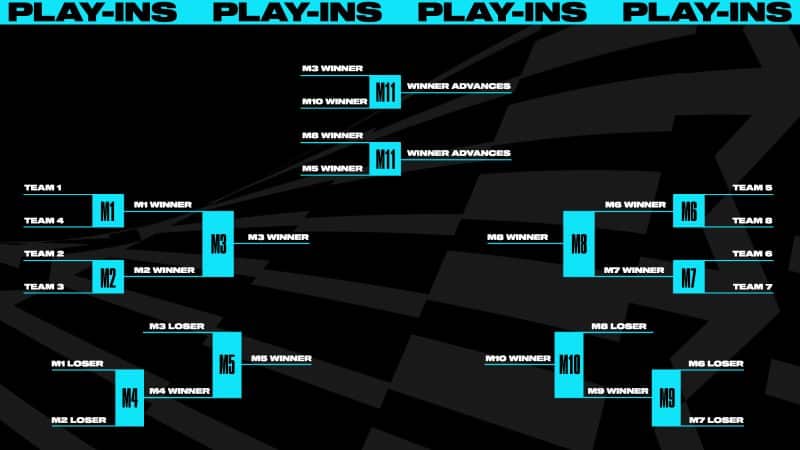 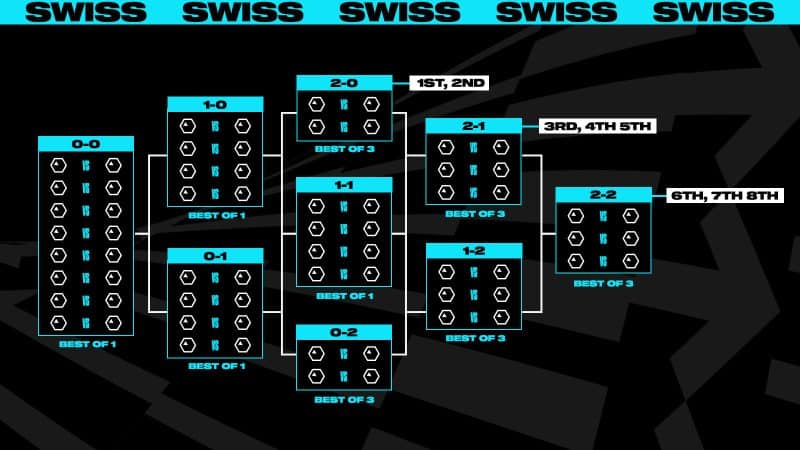 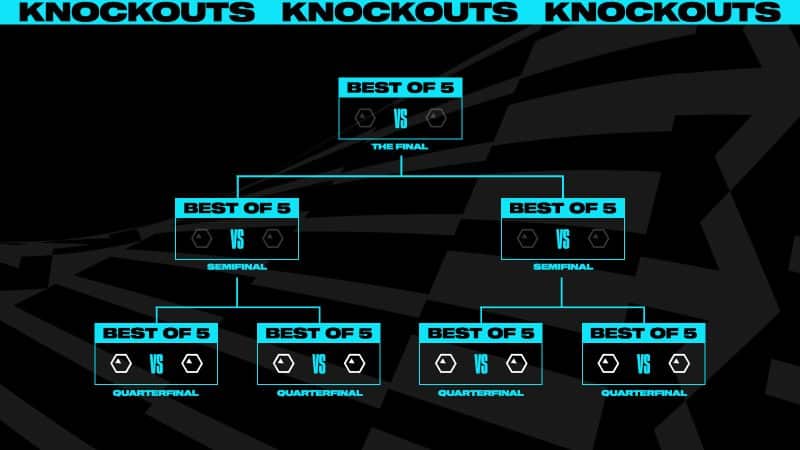 Locations for MSI and Worlds were already rumored since the off-season started. But we got the confirmation today in an update video from Riot for their 2023 LoL Esports Season. In the video, fans got to hear from the Mayor of London, where the MSI will take place in 2023, Sadiq Khan. MSI 2023 will be held between May 2nd and 21st.

Worlds 2023 will be hosted by South Korea, but no specific cities or dates for the event is announced just yet.

For more LoL Esports coverage, follow us on ESTNN.