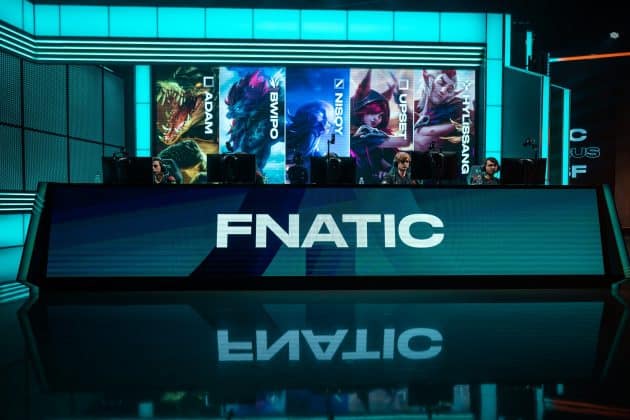 With a mouthwatering Lower Bracket final between Fnatic and Rogue, it’s set to be a great weekend of LEC action.

With all three LEC sides now locked in for Worlds, we just need to find out who will win the Summer Split. First up is Fnatic and Rogue, with the latter desperate to overturn their 3-0 loss to MAD Lions last weekend. As for Fnatic, they took G2 Esports to full five games before knocking out the Worlds ever-present 3-2. While this weekend is one that has EU fans hyped, it has a weird feeling about it given G2 Esports aren’t in attendance, especially as Worlds is now confirmed to be heading to Europe.

Regardless, let’s take a look at our three Worlds contenders and what each of them will be looking like this weekend in our LEC Grand Final preview.

After a massive 3-2 victory against G2 Esports, and denying them a spot at Worlds in the process. It was a weekend to remember for this newly put-together Fnatic roster. At the start of the split, most people expected very little of them, especially given Adam would be facing a rookie split in the top lane with Bwipo moving into the jungle. If you’d have offered many Fnatic fans a spot at Worlds just a few months ago, they’d have bitten your hand off, but now, they’ll want nothing but a Split title.

The big question will be, can they do it? After such a good victory against G2 Esports, they’ll certainly believe they have what it takes. The worry for Fnatic is their record against Rogue and MAD Lions. With a 1-1 record against their Lower Bracket, they’ll at least feel they’ll be in with a chance. Their record against MAD Lions, however, is not as good. Losing twice in the Summer Split, MAD Lions will go into the weekend as favorites, regardless of whom they play.

For Rogue, they crashed out against MAD Lions yet again in the playoffs, which could set them up for a difficult weekend if they manage to beat Fnatic. At their best, Rogue can beat anyone, and they’ll need to bounce back this weekend if they want to stand a chance. Defeat against Fnatic would also set them up in some rough form heading into Worlds, and Rogue won’t want a repeat of Worlds 2020. While that year saw them face off against a “group of death” they only found themselves in that position due to seeding. So a 2nd seed finish needs to be the minimum for Rogue.

As with Fnatic, Rogue will feel like they can win, however, they’ll know the prospect of MAD Lions in the Grand Final won’t be a pleasant one. Having lost to them in the Spring Split, and losing to them in the last round, Rogue has something to prove. That said, Rogue has constantly looked poor against MAD Lions in Bo5 series, so they’ll want to turn that record around if they get the chance.

After their victories against G2 Esports (3-1) and Rogue (3-0), MAD Lions will think they can beat anyone, and you’d be brave to bet against them. With a chance to watch Fnatic and Rogue duke it out, who they end up playing in the Grand Final will be major underdogs. The key for MAD Lions will be keeping their playoff form, because having lost six times in the regular season, MAD Lions exposed their vulnerability on many occasions.

Regardless of whom they play, MAD Lions will be playing a major part of LEC history. They’ll either move up to third in the all-time LEC title record. Lose to Rogue, allowing them to match MAD Lions’ success. Alternatively, Fnatic takes it all and reclaims their LEC crown, and possibly usher in a new era for Fnatic LoL.

If we had to make a prediction, we think it’s a MAD Lions v Fnatic Grand Final. It’ll go all the way to a Game Five, with Fnatic taking it all.