Clutch Gaming qualified for the League of Legends World Championship as North America's third seed. It's an incredible feat for a team who had so little expectations coming into the LCS Summer Split. In spring, they were ninth in the league with a 5-13 record. Even in summer, Clutch narrowly managed to make it into playoffs. But their playoff run was quite impressive, beating TSM in the Quarterfinals and bringing Team Liquid to a fifth game in the Semifinals. After that, they won three best-of-fives in a row to claim the third seed in the Regional Qualifier.

Clutch is hungry for victory and is here to show why you don't mess with Texas! 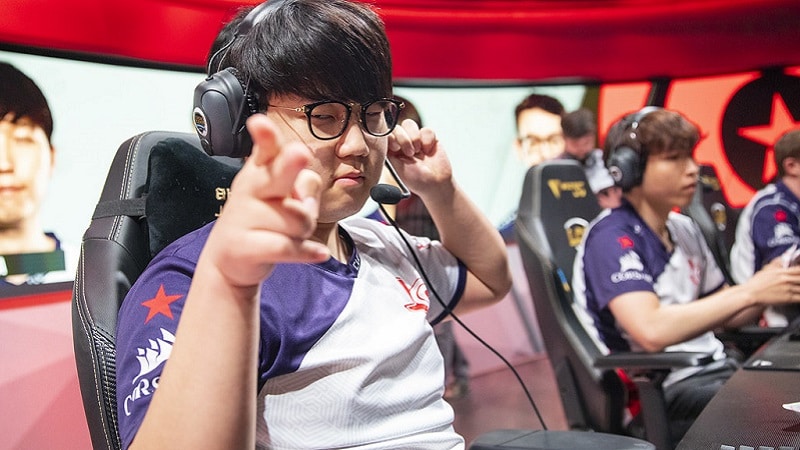 Huni is one of the most memorable and loved faces in professional League of Legends. He started his journey back in 2015 when he moved to Europe to play on Fnatic. He instantly found success here, winning both splits and making it to the semifinals of MSI and Worlds. Then he moved to Immortals, where they found regular-season success but couldn't quite translate that to the post-season. From here, he went to Korea's SKT T1, where he became a World Champion.

Huni has a great personality and unmatched confidence that attracts fans in droves. In addition, he has a very unique champion pool of comfort picks, though he's historically had a hard time adapting to the meta. As the first player to reach the World Championship from three different regions, many eyes will be on him to lead Clutch to victory. 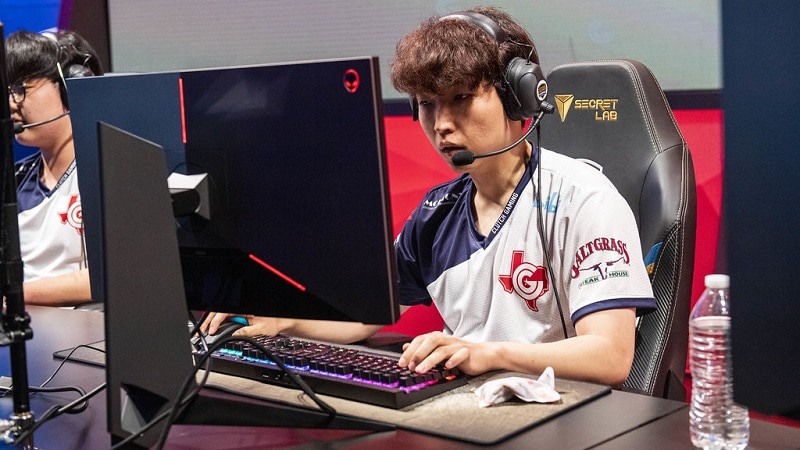 Lira is another name that's been around the scene for a while, though hasn't found anywhere near the success of his teammate Huni. He played his first professional game on CJ Entus Frost in Korea but ended up moving to Europe, then North America due to poor results. In NA, he played on Team EnVy. Despite the team ending with a 3-15 record, his incredible individual play earned him enough votes to be on the NA LCS Pro-Team.

He then moved to Echo Fox, and finally to Clutch Gaming. Lira is a fantastic jungler capable of setting the rest of his team up for success. He isn't as flashy as Clutch's carry players, but his impact on games can be huge. Considering Clutch's early game focused style, Lira will be crucial to their success in the World Championship. 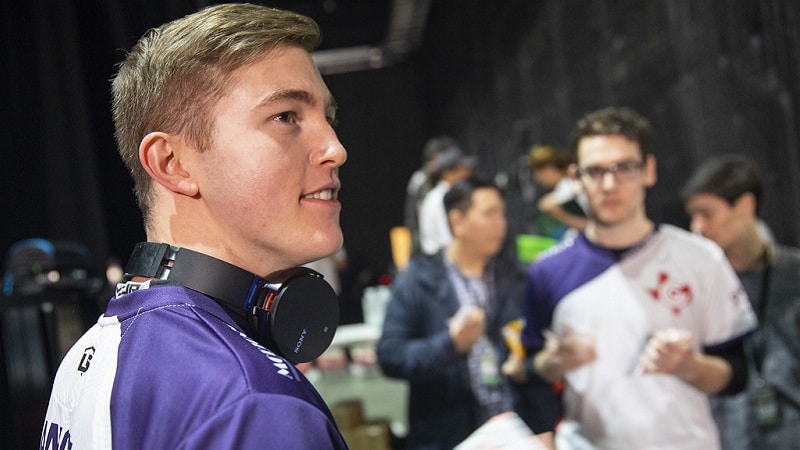 Its Tanner Time baby! Damonte is a man of many talents in the mid lane and one of the league's most up and coming players. For his first two years of pro play, Damonte was in and around the Challenger League. He got his first big chance at the LCS stage with Echo Fox in 2018, where they were middle of the pack and lost their chance at Worlds in the 2018 Gauntlet.

It looked as though he would continue to be a lackluster player until he joined Clutch and started the 2019 Summer Split. Here, he truly unlocked his potential and showed what he's truly capable of. His assassin performances are exceptional and his Qiyana is worthy of permaban status. This will be the first time in such a high stakes setting, but seeing as he was an important part of Clutch's summer surge, he should have no problem rising to the occasion. 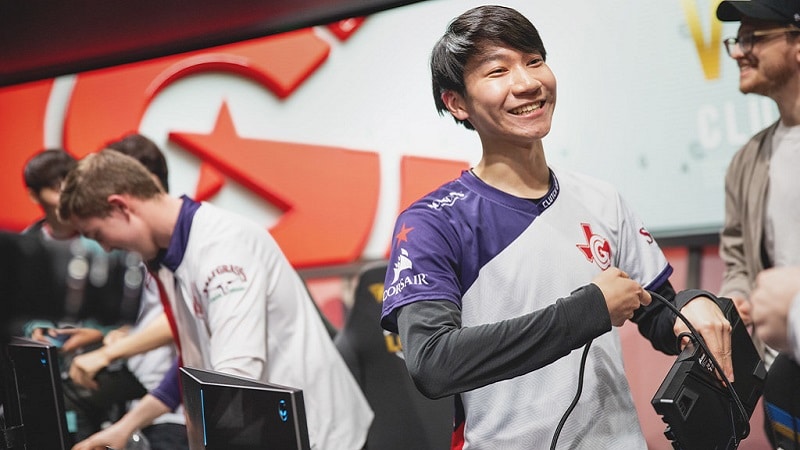 Cody Sun is the star AD Carry player for Clutch and lives up to his organization's name. He's a very consistent player with a high ability to carry games, even when his team is behind. He joined the professional League of Legends scene in 2015, finally joining the LCS in 2017 with Immortals. He attended his first World Championship with them that year, then went with 100 Thieves in 2018 and finally will be going with Clutch Gaming in 2019.

Many don't see him as a premier ADC in NA, but with three Worlds qualifications under his belt as well as monster performances this year, he should be in the running. He's often the stabilizing force on this team, as he can pull back games from near defeat if his solo lanes falter. He's the hyper carry his team needs if they somehow reach the late game and he'll be eager to prove himself in the biggest event of the year. 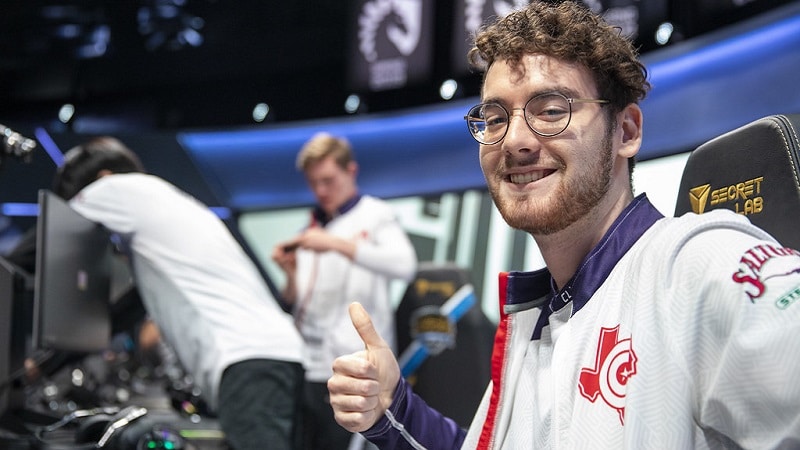 Vulcan has been with Clutch Gaming since it was introduced to the LCS from franchising. He went from Scouting Grounds straight to Clutch's Academy team in 2018, where he made the playoffs in the Summer Split. In 2019 he was moved up to the main LCS team. He struggled to find the necessary synergy with Piglet though, and the team struggled as a result.

But when Cody Sun replaced Piglet in the bottom lane Vulcan and the team had a revelation. They started refining their messy playstyle and Vulcan was stepped up as a mid-game playmaker. This is especially true on the likes of Nautilus, Rakan and Leona. He's also more than capable of playing the protective style to enable Cody Sun too. He's often overlooked on Clutch, but he's an important part of the team nonetheless.  This will be his first major international tournament, so it'll be interesting to see how he performs. 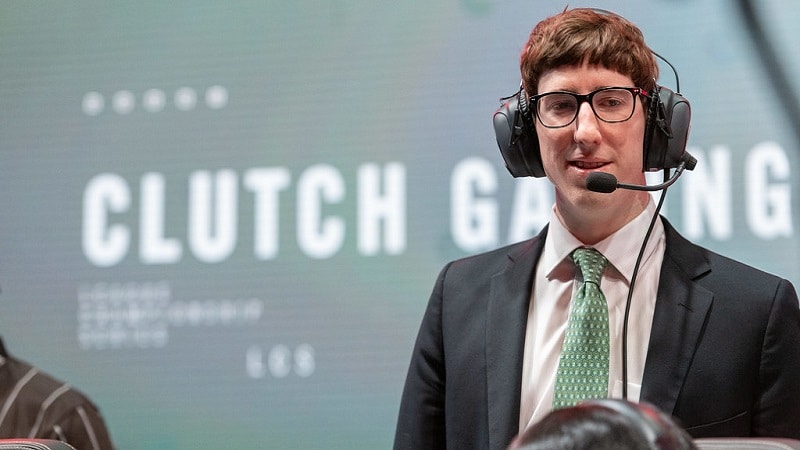 Thinkcard is the brains behind the team, crafting their drafts to suit his players' preferences and style. Now a coach, Thinkcard used to be a pro player himself. He was a jungler of various teams and substituted for a few LCS teams too. He began coaching in 2016 with Enemy Esports. After this, he went on to FlyQuest in 2017, Echo Fox in 2018 and finally Clutch Gaming in 2019.

Because the 2018 Echo Fox roster mostly carried over to Clutch Gaming in 2019, Thinkcard is very familiar with his squad. The teams he's coached have never made it past LCS playoffs, but now that's changed. His drafts truly bring out the best in his players and enable them to be comfortable on stage. There will be a lot of pressure on Thinkcard to continue to empower his players and facilitate the trademark Clutch style.

How Did They Make It?

Clutch Gaming's road to the 2019 World Championship wasn't easy. Their Summer Split was rough at first, but the team rebounded towards the end of the season to make it into playoffs. First, they defeated a struggling TSM in the Quarterfinals 3-1. Team Liquid selected them as their opponents in the Semifinals, and though they lost, Clutch made TL work for it in a full five-game series. But Clutch Gaming gained enough championship points to participate in the LCS Gauntlet.

They had to win three series in a row to get the last Worlds Spot though. The first one was against FlyQuest, who they beat handily. CLG was their next opponent, and though this was expected to be a close series, Clutch beat them 3-1. Their last opponent was TSM, and they put up the biggest fight. TSM won the first two games of this series, but Clutch ended up reverse sweeping them. With this victory, they stamped their ticket for Worlds as NA's third seed.

Clutch will have to play through the Worlds Play-Ins because of their seeding. It's very likely they'll make it through this part of the tournament. They'll match against emerging region teams, so it shouldn't be as intense as competition from the Group Stage. Once in the Group Stage though, things could get rough. The Play-Ins will give them a good warmup if they make it through, so they could end up exceeding expectations like Cloud9 usually does at Worlds.

It's difficult to say exactly how well they'll perform though. Huni's level of play can fluctuate and he'll either carry the team or weigh them down. In addition, their reliance on comfort picks can be exploited in the draft and with planned counter picks. They play a fast game, and as Europe's G2 Esports has shown, this style can be quite dominant. Eyes will be on Cody Sun as well to pop off as he did in the playoffs. No matter what, Clutch Gaming is sure to deliver a ton of exciting games!

Watch the LoL 2019 World Championship here at ESTNN TV. For more information on the tournament, teams, standings, and players, visit www.lolesports.com. Stay tuned here at ESTNN and follow us on Twitter and Facebook for more League of Legends news, articles, opinions and more.