Cloud9, usually NA's last hope, qualified to Worlds this year as the North American second seed. Cloud9 have not qualified as the second seed since 2014, the question on many people's minds is if the second-week curse will affect the team at this year's worlds. Usually known for their meme-like personality, C9 will be looking to mark themselves as one of the best in the World. They'll also attempt to reach even higher than their semifinal finish from last year. Regardless of losing 3-2 to Team Liquid in the summer finals. Cloud9 has shown a lot of promise with Nisqy and Svenskeren controlling the pace of most of their games. Can this be the year that Cloud9 wins an international title? Or will they falter and fail to make it out of groups like in 2015?

C9 has always had some talented top laners, and that trend continues with Licorice. Replacing a World Champion top laner is never easy. Fortunately, Licorice has made it look rather impressive with two years of imposing play. Whether it's carrying on bruisers or being a rock with tanks, Licorice has proven to be the best native Top Laner in the LCS. Within his first year in the starting line up, Licorice picked up Rookie of the Split. He also made Summer Finals and even the Worlds semifinals. It is important to note that Licorice did miss a few weeks during the 2019 Summer Split due to a wrist injury. Even if injuries of this kind are common with players, we will have to see if it has any negative impact on his play throughout groups. 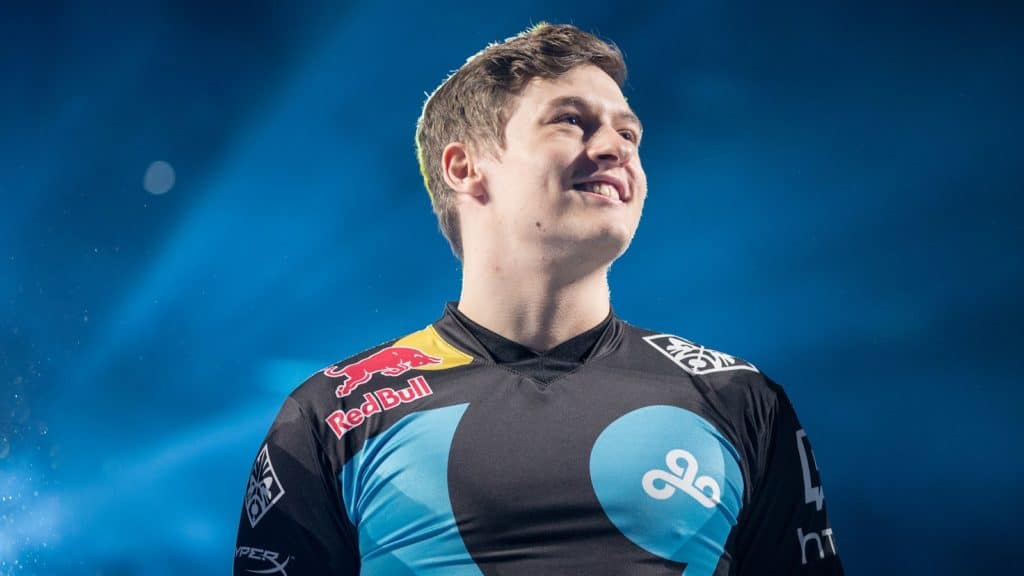 Svenskeren is a name familiar to many that are familiar with the NA professional scene. Even though Svenskeren has been part of teams in Europe such as SK Gaming and Ninjas in Pyjamas, everyone knew of him as he joined TSM in the 2016 Season. Svenskeren has found success in NA, winning three domestic titles (all with TSM.) But throughout his time in TSM, many saw him as the weakest aspect of the team.

Cloud9 bought Svenskeren for the 2018 season. He is known for aggressive playmaking on champions such as Lee Sin, Reksai, and Gragas. Regardless of winning three domestic titles, Svenskeren was not able to perform to his standard until joining C9. With them, he was able to advance to the knockout stage at worlds for the first time in his career. During the 2019 Summer Split Svenskeren was awarded the MVP award finishing ahead of Doublelift and CoreJJ. Nisqy's explosive style and vast champion pool have given Cloud9 an edge against many of the teams they faced in the LCS. This will be Nisqy's first appearance at Worlds after he failed to qualify with Splyce through the regional qualifier. Many fans felt that acquiring Nisqy could be seen as a downgrade, once Jensen left. But Nisqy has shown that he has the qualities that can bring C9 to domestic success again soon. Much like C9's other solo lane, we have seen different styles come out of the mid lane that can keep opponents on their toes. It will be important to see how Nisqy responds to being on the world stage for the first time in his career. 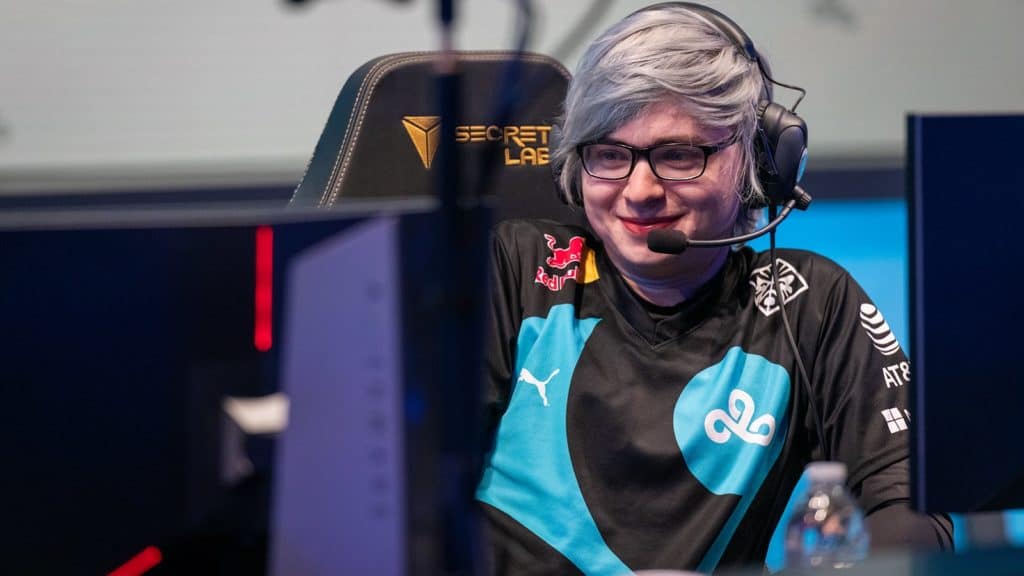 When you talk about a franchise player, a few players come to mind. Faker and SKT, Bjergsen and TSM, and of course Sneaky and Cloud9. Being part of the original roster acquired from Quantic Gaming, Sneaky has been part of the NA LCS since 2013. Whether it's memeing or streaming, Sneaky has been a fan favorite of many. He represents the ways that Cloud9 has come to be known for, memes and longevity at the top. Regardless of the "Sneaky in lane" meme, Sneaky has always proven to be a huge factor for the team when it matters most.

Sneaky became the first player to get 1000 kills as well as 2000 Assists in LCS history. This feat can be attributed to the CC heavy champions he uses such as Varus and Ashe. Sneaky has two LCS championships and has been able to be part of the whole world's experience from play-in to semifinals. Will he be able to help Cloud9 reach the final at this year's worlds? 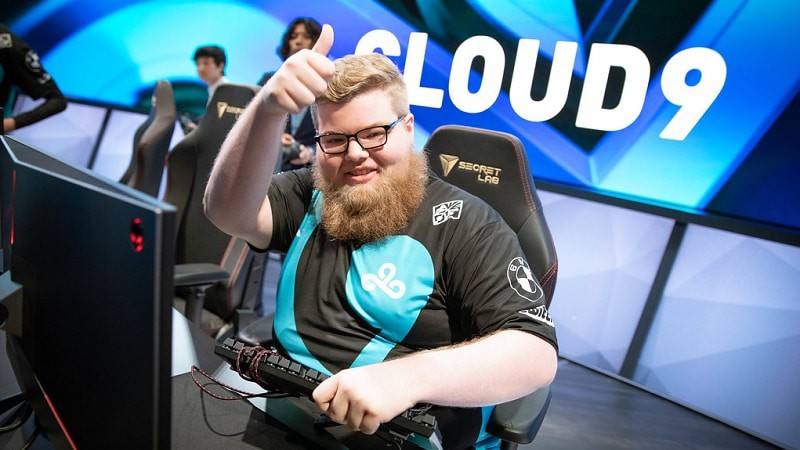 Zeyzal is one of the most recent additions to the Cloud9 lineup. Coming in during the 2018 Summer split, Zeyzal was part of the changes made by the coaching staff made when they benched Jensen, Sneaky, and Smoothie. Regardless of the changes and the 1-5 start, Cloud9 was able to bounce back and make it into playoffs as the number two seed. Zeyzal was a key part of the surge with his impressive plays on playmaking supports such as Alistar.

Even though Zeyzal has been on the team for a little over a year, he has already been part of two domestic finals as well as a semifinals appearance in worlds. Zeyzal is also said to have great in-game shot-calling. He'll prove to be a vital part of the squad for years to come through this year's worlds, whether it is the playmaking or his magical beard. Fans and analysts have praised him and will be looking for him to make a big splash during the tournament. 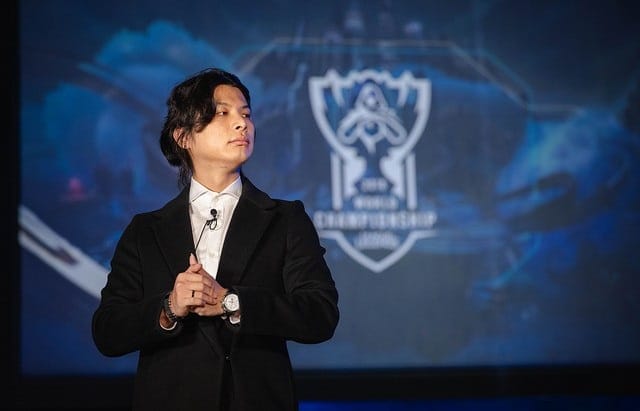 Reapered is one of the most respected head coaches in the North American scene. When talking about coaching staff, it is not fair to talk about just one person as its a team effort. The fact of the matter is, however, that Reapered has been a constant variable for the last three years. Is it a surprise that since C9 acquired Reapered, they have been the only North American team to make it out of groups at Worlds? It definitely shouldn't be.

Ever since Reapered hopped into the coaching world, he has achieved a quarterfinal exit at worst. With his charismatic anecdotes, like the pre-game "Brain check," hex has made fans love the attitude he brings to the team. Reapered has won three Coach of the split awards out of seven times he has been eligible. He is the only coach to have won multiple awards during this time as well. This year the coaching staff is rounded out by Rapidstar, former SKT, and EDG coach, as well as Reignover, former professional jungler for CLG, IMT, and Fnatic to name a few.

Cloud9 has been one of the more dominant teams throughout the 2019 season. With their three consecutive playoff bye finishes, C9 has cemented themselves as one of the top teams in the region. During the spring split, TSM reverse swept Cloud9. Due to finishing the regular season and there not being a 3rd vs. 4th place match, C9 finished 3rd by default. During the Summer split, C9 finished with a 12-6 record forcing a tiebreaker against CLG. They subsequently won that and finished in second place. Thanks to Clutch Gaming beating TSM in quarterfinals and Team Liquid qualifying for finals meant that C9 would be guaranteed a spot at worlds. Cloud9 failed to beat TL 3-2 and thus qualified for worlds as the second seed for North America. This is the first time in five years that Cloud9 will not need to be part of the play-in stage. Some argued that this helped the team with one more week of practice against multiple styles of play. Add that to the fact that C9 will have a first-time world's attendee in Nisqy and we could see some uncharacteristic mistakes from the Cloud9 side. The biggest benefit comes from the coaching staff. Regardless of roster changes, Reapered has been a big part of C9 and their international success.

The brain behind the team can only do so much, however. Once the game starts it is up to the players to deliver. We will have to keep an eye out on how well Svenskeren can balance the pressure on the map, especially mid. Sneaky and Zeyzal might not dominate most 2v2 match-ups, but they are usually on point when it comes to mid and late game fighting. Getting out of groups is a must, but could this be the year that NA's last hope can't deliver?

We will have to wait until the group stage to see C9 in action taking place October 12-15th. Be sure to stay tuned to ESTNN for more team previews and worlds 2019 coverage.