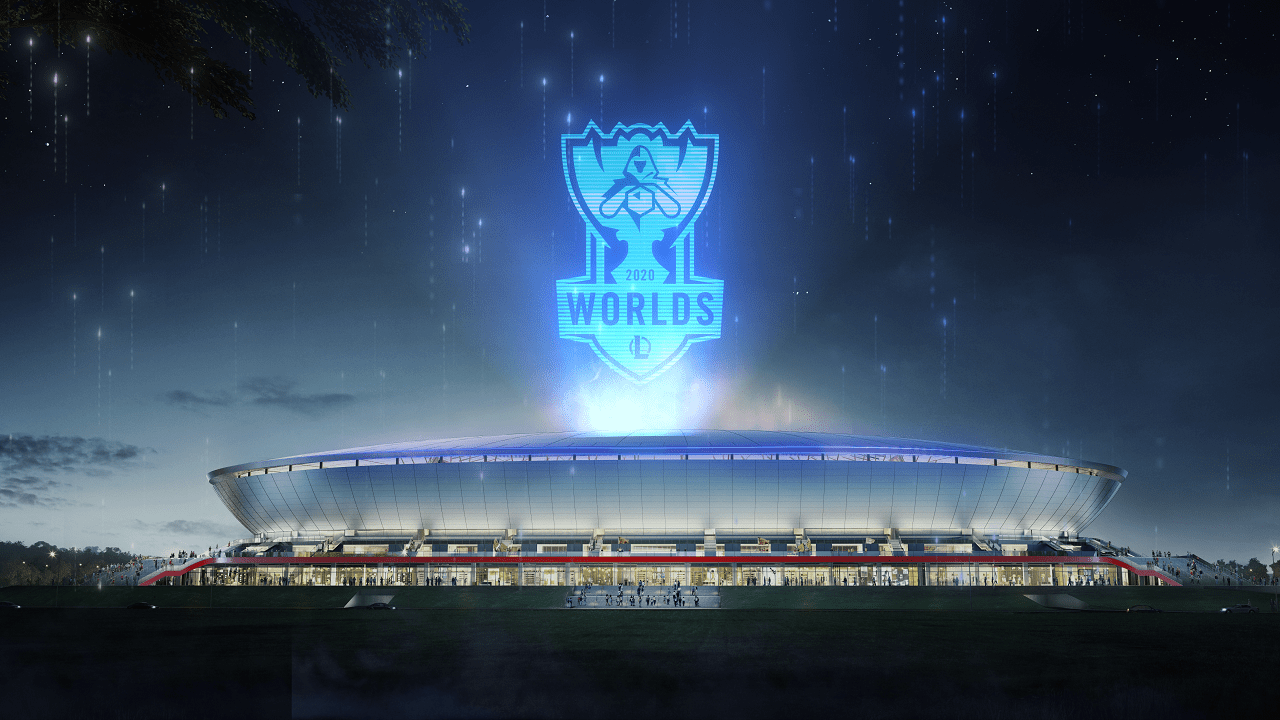 This year's World Championship is officially on.

Today, Riot Games and LoL Esports announced details about this year's League of Legends World Championship. Though this year's Mid-Season Invitational would have been an amazing event, it was unfortunately canceled. At first, some thought the show might not go on for Worlds this year, but Riot promised to hold it back in July. Now, they're delivering and showing us what the tournament will look like this year.

We're excited to celebrate the 2020 World Championship this September in China! #Worlds2020

First off, Worlds 2020 is set to start on September 25 and finish off with the Finals on October 31.

Secondly, the event will be held in Shanghai, China as originally planned. Unlike other years though, all of the event's stages will take place here. While fans may be disappointed, as the different venues let more people attend live, this is well worth it. It is a crucial step to keep the chance of containment low in the tumultuous COVID-19 world we live in. They'll work with multiple different health organizations to ensure the safety of players and staff and make sure the event can go on.

All of the games will be played in the Pudong Soccer Stadium, a massive facility home to the Shanghai SIPG F.C. The facility is a spectacle itself, so Riot and LoL Esports are hoping to allow spectators. At this time, however, that will be up to local guidelines and more information about it will be available as the date draws nearer.

To finish with the announcement, it stated that LoL Esports is committed to bringing a mind-blowing experience to fans online. Fans can expect more awesome visuals like the holographic Elder Dragon and the True Damage band to grace the stage at this year's World Championship.

The competition for Worlds 2020

On top of the broadcast itself, there's a lot to look forward to in terms of competition. The highlight is the rivalry between G2 Esports and FunPlus Phoenix, who made both made it to the 2019 Worlds Finals and where FPX emerged victorious. Neither team is quite on form, but both can definitely make it still. If they both do, all eyes will be on them in the hopes they get a rematch. It'll be especially hard for FPX though, as LPL is a highly competitive region. JD Gaming, Top Esports and Invictus Gaming will be difficult for them to push past.

Meanwhile, in North America, Cloud9 has turned heads this year and looks to be a decent threat with international promise. Their support, Philippe "Vulcan" Laflamme, commented that C9 is eager to take to the Worlds stage and is confident. The team showed they're willing to experiment, such as with the Sona-Lux bot lane they debuted, and has an aggressive style most NA teams don't when they go to Worlds. If anything, NA can at least hold some hope this year.

Other top contenders include the MAD Lions and Rogue from the LEC. Both have a lot of rookies and took the scene by storm. On the other side of the world, Gen.G Esports and DragonX are on top of the LCK, along with the almighty T1 (formerly SKT T1). All of these teams are fantastic and will make great potential competitors at this year's World Championship.

There's a ton of other talented teams and players that will be incredibly exciting to see in action. Overall, there's simply a lot to look forward to, especially since this is League's 10th anniversary. Stay tuned for more information about Worlds 2020 here at ESTNN!