LCS Summer 2022’s first super week is done and dusted and here is our recap of the last day of games.

To learn more about where teams started out the season compared to each other, check out our LCS Power Rankings. 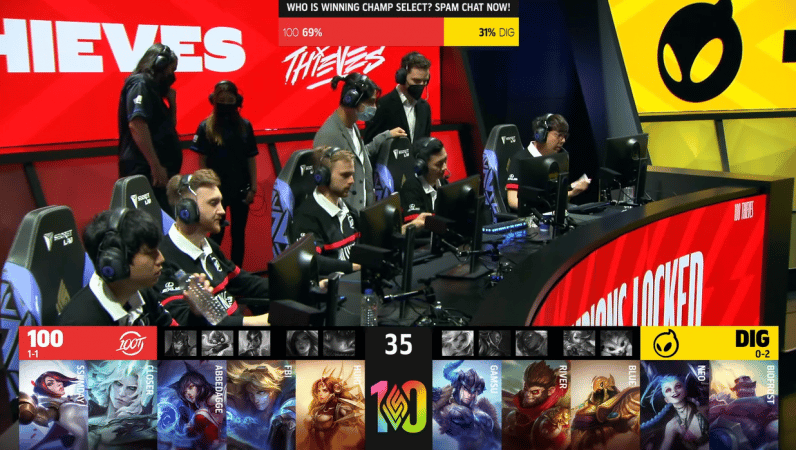 Dignitas, specifically Blue had a rough start in the last super week game. The mid laner got caught and had to blow his flash in the first minute, and a good support roam meant he got first blooded. However Closer getting caught just before Herald spawned meant Dig got the first objective of the game. After the first 10 minutes, there wasn’t much action but 100T had around 750 gold lead mostly due to Ssumday’s 30 cs lead. While 100T was getting the first drake, Dig couldn’t use their Herald effectively and after the plates fell with all towers standing gold lead was just under 1k for the Thieves. Although we had a slow game 100T found a great engage around 20 minutes with a Ssumday TP to get a 4-for-2 trade and a 3.5k gold lead.

After that fight, the game once again slowed down. 100T got their second drake at minute 27 after diving Gamsu in the bot lane. At this point, their lead was almost 7k and almost all their players had cs leads. With a 9k gold lead, it was hard for Dig to contest 100T, but 100T couldn’t find the Baron to push for a stronger siege. But they didn’t even need one as Closer found a great stun onto Neo and they pushed for a sudden end. 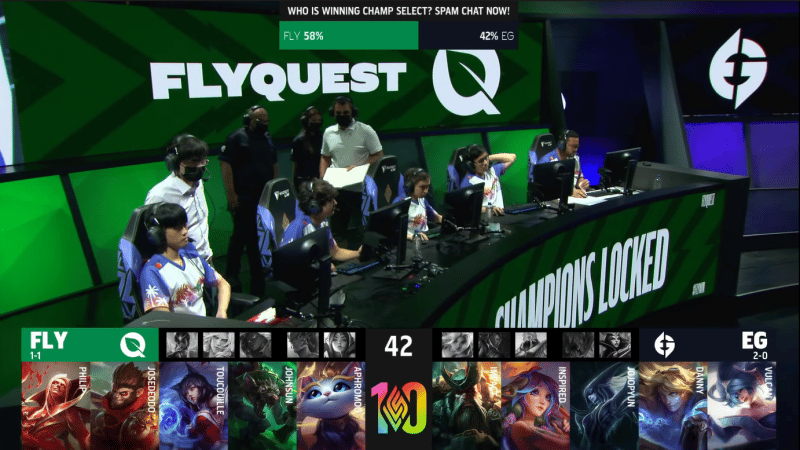 In the second game of the day, the reigning champions were looking for their 3-0 super week. After a slow start, we saw our first action in a dive attempt from FLY in the top lane but Impact managed to live just about, thanks to the newest durability changes. At minute nine we saw a trade of objectives, Herald for FLY and Mountain Drake for EG. After the Herald, FLY once again targeted top, this time successfully for the first blood. Around 13 minutes FLY once again tried to dive top this time dropping the Herald, but EG had two TPs and they managed to get a 1-for-0 trade and got a 1k gold lead. But FLY tied the gold at the second drake, stealing the objective and getting three kills. The game slowed a lot after the objectives were taken, but thanks to cs advantages and the first tower EG had a 2k gold lead at 20 minutes.

At 25 minutes we saw FLY killing Impact in the top lane, but they overstayed their welcome and lost three members to EG’s rotation. This led to an EG Baron and a 5k gold lead. As a consolation remaining members of FLY managed to get the Soul point. We had a promising engage from FLY at the second Baron, but a near 10k gold disadvantage meant they didn’t have success and EG got their second Baron. And despite FLY’s attempt to delay the end, EG was too ahead and they used their Baron buff to end the game. 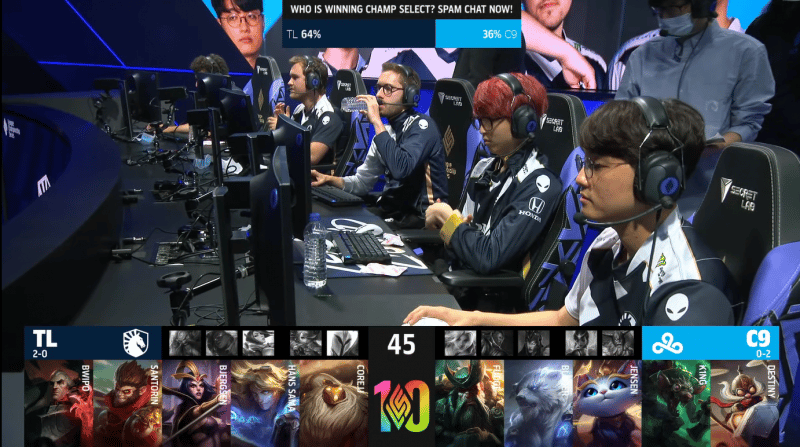 TL was looking for their 3-0 start against a struggling C9. They started out aggressive towards the bot lane and it almost turned bad when C9 picked up the first blood, but a good play by Bjergsen got them two kills back. On top of that TL got the first Herald, but gold was still even at the ninth minute. Despite the Herald hitting the bot lane tower for plates, two kills for the C9’s bot lane meant the game stayed even. Objectives were also split evenly, C9 getting the first two drakes and TL getting two Heralds. We saw a fight for the third drake where C9 had a bad engage and lost four members plus the drake. Thanks to this fight, TL had a 2k gold lead at the 20-minute mark. C9 had great trouble stepping into their own jungle as they kept getting picked up and TL got their second drake, but C9 managed to keep the lead from going over 3.5k.

Around 28 minutes, TL found another two picks on the back of a great Bard ulti from CoreJJ. They capitalized by getting the Baron and pushing their lead to 5k. With the Baron, they didn’t wait around and give C9 time to scale. They pushed and ended the game with a great performance from Bjergsen on Le Blanc. 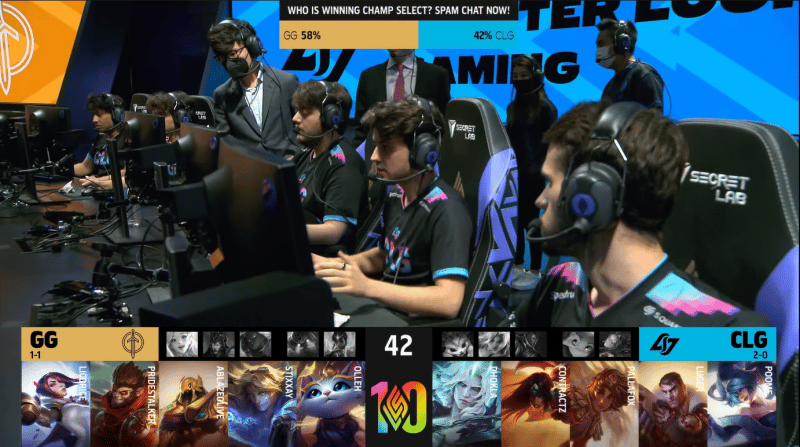 CLG started out their third game by keeping up their good performance. An early mid gank meant the first blood for Contractz. But Luger was too aggressive in the bot lane and got punished in a 1v2. Despite the death, CLG bot lane had the push and they got an early drake. CLG also got the first Herald but on the other side, Luger’s choice of not taking a combat summoner punished them as GG dove bot lane for a double kill. CLG controlled the objectives well but their aggressiveness also hurt them as they tried to dive tier two turret top, but lost the fight 3-for-0 and GG had a 1k gold lead.

MORE FROM ESTNN
LoL: Gwen to Recieve Mini-Rework in Patch 12.13

Even though there wasn’t much action in the mid game, CLG did a good job of slowing the snowballing from GG and evening the gold by getting turrets. GG started a Baron at the 28th minute to bait CLG into a fight. But as they left to base, CLG got on it because there wasn’t any vision, so they got a free Baron for themselves and jumped into a 3k lead. Just as the buff ended, CLG caught three GG members in their jungle. With those kills, they pushed for the end to get their first 3-0 start since 2017 Summer. 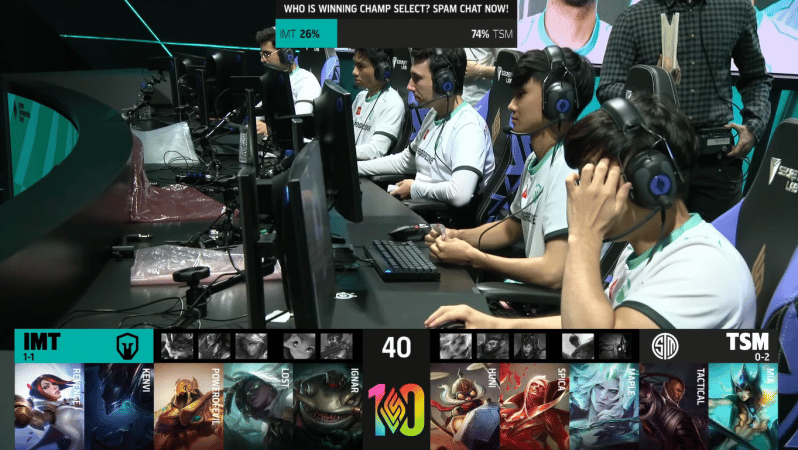 TSM had a very aggressive start to the game, especially in the bot lane. They used the pressure from Lucian/Nami and an early gank from Spica to get the first blood and a near 1k gold lead. Teams exchanged first objectives, drake for TSM and Herald for IMT. During the mid game IMT did a good job of getting Heralds and picking enemies to even the gold but TSM had control over the drakes, they got all three for an early Soul point. TSM’s cs leads in most lanes meant a 1k gold lead again at minute 21. At the Soul point, we saw a big fight. IMT managed to steal the Hextech Drake, but they got aced and lost Baron as a result. Even with IMT getting a couple of kills after the Baron kill the lead was extended to 3k. We saw one last fight for the Soul but the drake ended up not mattering when TSM aced IMT to end the game. 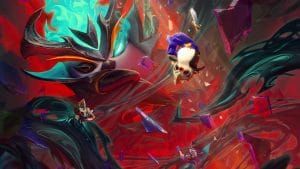 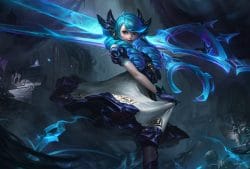 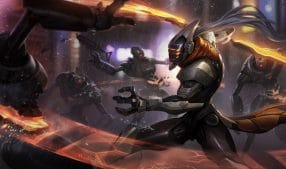 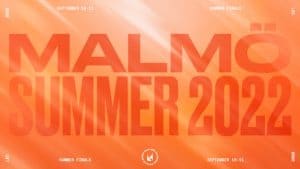