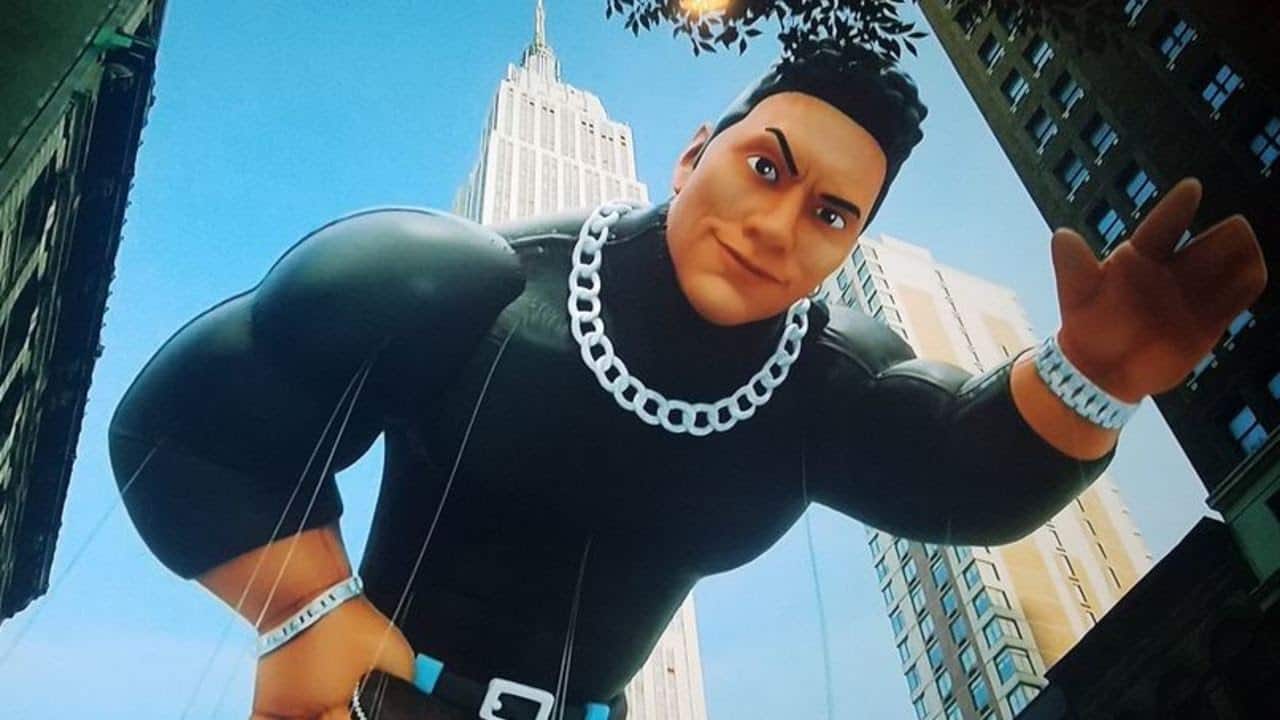 Could The Rock be joining Fortnite’s list of character skins?

Hollywood actor Dwayne “The Rock” Johnson made an intriguing Fortnite-related reference on Twitter during the Macy’s Thanksgiving Day Parade, indicating him becoming a character skin in the ultra-popular Battle Royale video game. It was an exchange between himself and a Twitter user named The Brandaloriam that sparked discussion. The Rock appeared as a float during the parade, causing social media to explode. Some will remember the image that surfaced a few years back, picturing vintage The Rock equipped with a fanny pack, jeans and a turtle neck; the Rock became an instant meme. Somehow, the Hollywood star ended up referencing Fortnite briefly.

A young @TheRock balloon at the Thanksgiving Day Parade 😂 pic.twitter.com/IOEMNOupf2

The float in question was a shockingly accurate resemblance to the timeless meme. Many news and media outlets covered the gigantic version of The Rock as it made its way through Manhattan, New York. The WWE superstar turned Hollywood actor confirmed the reason for the float’s presence, which served as a marketing method for an upcoming show named “Young Rock.” But it was a follow-up tweet that piqued the interest of some involved in the Fortnite community.

The Rock in Fortnite?

Twitter user @BrandonDavisBD connected that The Rock’s float bore a striking resemblance to a Fortnite skin. “Why does @TheRock float look like a #Fortnite skin of The Rock?” He asked. The Hollywood superstar responded, stating, “Way ahead of you, BD

Great minds.” The Rock; who likely receives hundreds of thousands of tweets a day, responded to a connection drawn between the float and Fortnite. The Rock himself may have noticed the similarities, but it’s not impossible to think he couldn’t appear in Fortnite.

Fortnite: Battle Royale and its developer Epic Games are no strangers to collaborations with various entertainment brands and organizations. That lofty list includes the National Football League, Star Wars, Marvel Comics, DC Comics and much more. Epic Games has shown no signs of stopping either, as they’ve managed to snatch up nearly every recognizable pop-culture character and turn them into Fortnite skins. A tweet from Epic Games’ Worldwide Creative Director Donald Mustard created a curious link to The Rock, but it’s merely a theory.

It’s likely a stretch — but it seems convenient that The Rock’s “Fortnite” float and Donald Mustard’s rock expedition took place on the same day. We know how cryptic Epic Games can be; and Donald Mustard is no stranger to teasing and building anticipation for Fortnite’s future. One of those added rocks included the hashtag #RIPTilted, which of course, is a reference to the beloved Tilted Towers location in Chapter 1. It’s certainly within reason that The Rock could join Fortnite, but it’s mere speculation at this point.