Scarlet and Violet brings new systems and with them come new ways to evolve Pokémon!

The task may seem daunting at first, but its quite simple to evolve Pawmo into Pawmot 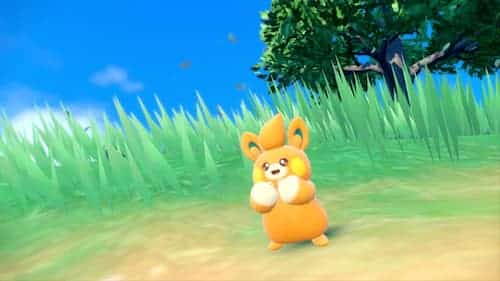 How to Evolve Pawmi to Pawmo Firstly, you will need to catch yourself this generation's Pikachu clone, Pawmi. It is easy to obtain, as you can find it East of Poco Path, the very first route you venture in the game. The other easiest location to find it is in the Northern part of Los Platos before reaching Mesagoza.

Once you have your Pawmi, it'll be easy sailing to having yourself a Pawmo! Just train you Pawmi until it is Level 18, where it will evolve into the Electric/Fighting Type Pawmo.

How to Evolve Pawmo into Pawmot Now comes the more time consuming part. In order to reach the final evolution "Pawmot", your Pawmo must make quite a trek with you. By pressing the ZR button on your Switch controller, you can send out your leading Pokémon (the Pokémon at the front of your party) to roam around with you freely. Let your Pawmo roam around with you, and once it reaches 1,000 steps (which cannot be checked or calculated simply in game) it will evolve into Pawmot on the next level up.

Be weary! There are ways in which Pawmo will not evolve after leveling up, even if it has reached 1,000 steps! Pawmo must level up while in the "Let's Go" mode, meaning by either defeating a Pokémon it attacks in the open when you send it forth with the R button, or by giving it EXP Candies while it is out of its Pokéball. If it is not in Let's Go mode when leveling up, it will not evolve regardless of how many steps it has taken.