Fans of Justin Roiland's iconic Rick and Morty show undoubtedly upped the hype surrounding High on Life's release. Over the years, the show has garnered millions of watchers from its distinctly meta flare and just unironically good self-referential writing. As an enthusiast of the multiversal capers of the drunk grandfather-awkward grandson duo, I was eager to dive deeper into the game's marketed "Roiland-verse" to see if it held more comedy gold. Needless to say, it had more kinks (literal and metaphorical) than I had anticipated.

As far as game premises go, this one is definitely out of this world. Brought to us by Squanch Games, High on Life's aptly-named sci-fi title takes us on a space odyssey to save humankind from the alien cartel "G3" that seeks to enslave humankind and ship them off-world as the galaxy's newest high. Throughout the playthrough, you partner up with unlikely allies — including Gene, a double-amputee ex-bounty hunter down on his luck — to take on the heads of the G3's entire operation. Armed with alien guns that provide much-needed personality to your scuffed hero's journey, players traverse a number of dangerous alien worlds, discovering new segments as they acquire more interesting armaments.

High on Life recently received an update patch just days after the official release. The Facebook post listing each individual change can be found here.

An overwhelming amount of drawn-out dialogue has attracted the ire of many game reviewers. But does High on Life's peccadilloes find ways to merit the indie title its own unique charm, or does it take more away from the game and render it an unplayable mess?

The two main problems that kill High on Life's buzz include the mountains of unnecessary dialogue that plague the average game experience, and the clunky gunplay that misses the mark in more ways than one.

One thing that many other reviewers have come to agree on is that the game's incessant dialogue stinks of undercooked improvisation. Much like average improv stand-up, the scenario can get crass pretty quickly, and High on Life is no exception. These long, stretched-out voice lines enabled by the game's default settings overstay their welcome by being unskippable. More annoying still is how the game constantly doubles down on the random segments filled with stammer-filled jokes that just can't find a solid foundation to land on. 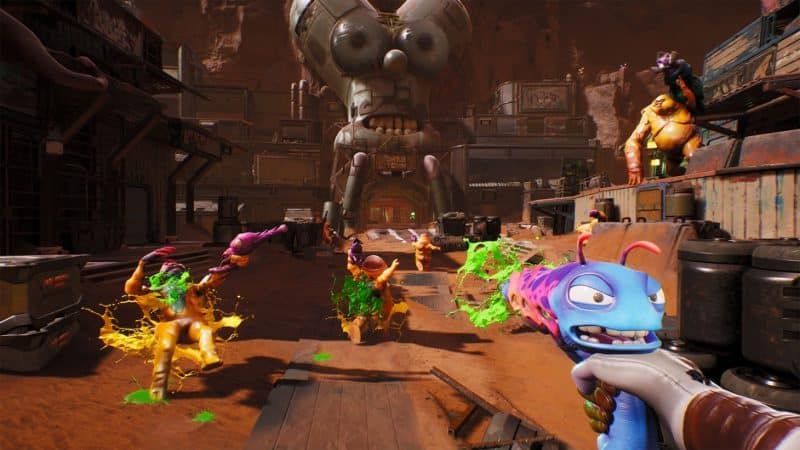 The indie title's obscenities don't add any meaningful flavor to the game, either. Enemy mobs are entitled to one random line before biting the dust. Colorful language can be funny with the right timing, but the game explicitly spams these in such an inelegant way that it just sucks the fun out of it. And I pride myself on having a good threshold for raunchy humor.

The second alien elephant in the room lies in the gameplay itself. Unfortunately, the game's budget gets highlighted in its unpolished gunplay, which is unfortunate for a first-person shooter. This would be bad news, if the waves of extraterrestrial pests weren't so easy (albeit increasingly annoying) to deal with, but I digress. Furthermore, the player movement feels sluggish at times, and the reticles on the guns don't consistently line up with your targets every time. Lastly, the game tries and fails to emulate the modern Doom experience due to the lack of adrenaline-inducing battle music. Or the lack of any engaging fight music in general.

Long story short, High on Life fills the gaps between frustratingly pointless dialogue with formulaic and repetitive sections that boast clunky, unrefined battle sequences that feel like you're fighting in zero-G.

That isn't to say that the game doesn't have any merits, however. Despite following the unfortunate trend of narrative-heavy storytelling (looking at you, Atreus), High on Life's idiosyncratic world creates a fun experience through unpredictability and constantly evolving platform segments. Many have given it glowing reviews that focused on these aspects.

Though chuckle-worthy zingers are few and far between, you can't help but admire the effort the developers put into this unhinged space adventure. You can literally watch hours of TV in your in-game living room. On top of that, how many games can you think of that have your guns reprimand you when you try to shoot an innocent NPC? High on Life's humor certainly isn't for everyone, but when it grows on you, you're almost guaranteed to crack a smile every time you boot it up again. 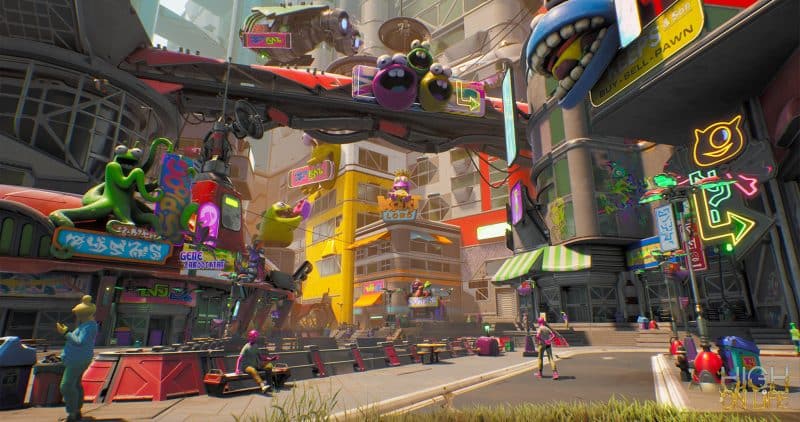 What feels like stretches of untested shooter arena gameplay are broken by chit-chat segments amongst the caricatures that you, unfortunately, share your living space with. Though they lack a profound sense of human connection, these dialogues with Gene and your sister are a good change of pace that gives you a short respite between bounty missions. And hearing the voice actors crack up after uttering some of the most scuffed lines in improv history always seem to get me.

High on Life is a unique space adventure plagued with meandering dialogue and underwhelming gameplay that betrays the colorfully endless possibilities that the game holds, in essence, due in part to its well-known VA talent. The title attempts to capture the fun factor seen throughout great AAA titles in the past. Still, its vision feels like it suffers from Furgle withdrawal because of all the twitchy, incoherent concepts brought into the mix. With all that said, I still enjoyed the game for the Gatlians, that would crack self-referential jokes while I exploded my enemies.