Fortnitemares Cup 2021 — Everything You Need To Know 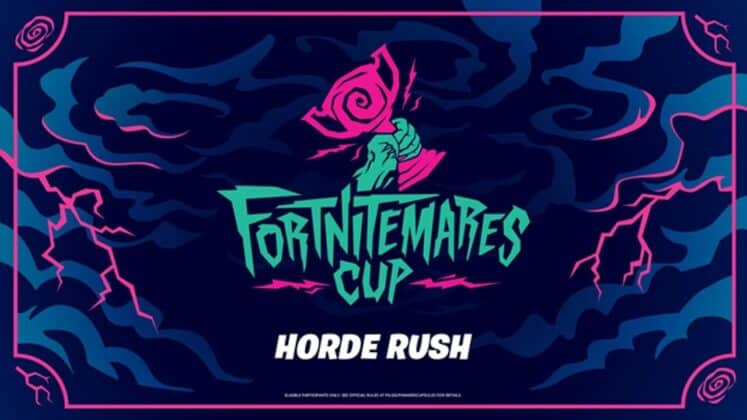 Fortnite Battle Royale's annual Halloween event — dubbed Fortnitemares — is underway. For a couple of weeks in late October until early November, Epic Games gives Fortnite's Island a spooky overhaul. It's primarily geared toward more casual players. However, for the first time in history, Epic has announced the Fortnitemares Cup.

Played under the Horde Rush Limited-Time Mode (LTM), prospective competitors have a chance to win themselves and their squad some free in-game prizes. Today, ESTNN will break down all of the crucial details ahead of the Fortnitemares Cup 2021 on October 23.

What is the Fortnitemares Cup? As mentioned previously, the Fortnitemares Cup is a first-of-its-kind competition, where teams of four can compile points and potentially win in-game cosmetic unlockables. You might be thinking a Fortnite tournament might be too challenging, but fear not. The Fortnitemares Cup is a player versus environment (PvE) competition—meaning you won't have to fight other real players.

The Horde Rush LTM drops you and your teammates into a game to eliminate droves of zombies and other creatures. You and your team must survive three encounters with Sideways monsters. It's a simple concept and should provide a somewhat casual tournament experience with some exciting prizes on the line.

The Fortnitemares Cup begins at 5 PM ET on October 23 and runs until 1 AM ET on October 24. You'll have to earn as many points as possible over that period based on the scoring system. It's worth mentioning that there is no ‘Fill' option for this tournament, meaning you need to find three friends to compete alongside. Epic will allow teammate changes as well during the Fortnitemares Cup.

This tournament's scoring system is much different than usual. Horde Rush gives players a score based on eliminations and score multipliers. Be on the lookout for methods of increasing your score, considering 1,000 Horde Rush points equal one tournament point. The cumulative score from all five games will determine your final place on the leaderboard.

Players are competing for three in-game prizes; a Loading Screen, Spray and Emoticon. The first reward requires at least 500 tournament points, then 1,000 points and finally 2,000 points. Depending on the scoring system within Horde Rush, five games should be plenty to reach 2,000 points.

That covers all of what we know about the Fortnitemares Cup. Remember, it starts this weekend on October 23 and concludes on October 24. It's an excellent opportunity to win free prizes and have fun in the process. We'll be sure to update this article with any additional details.