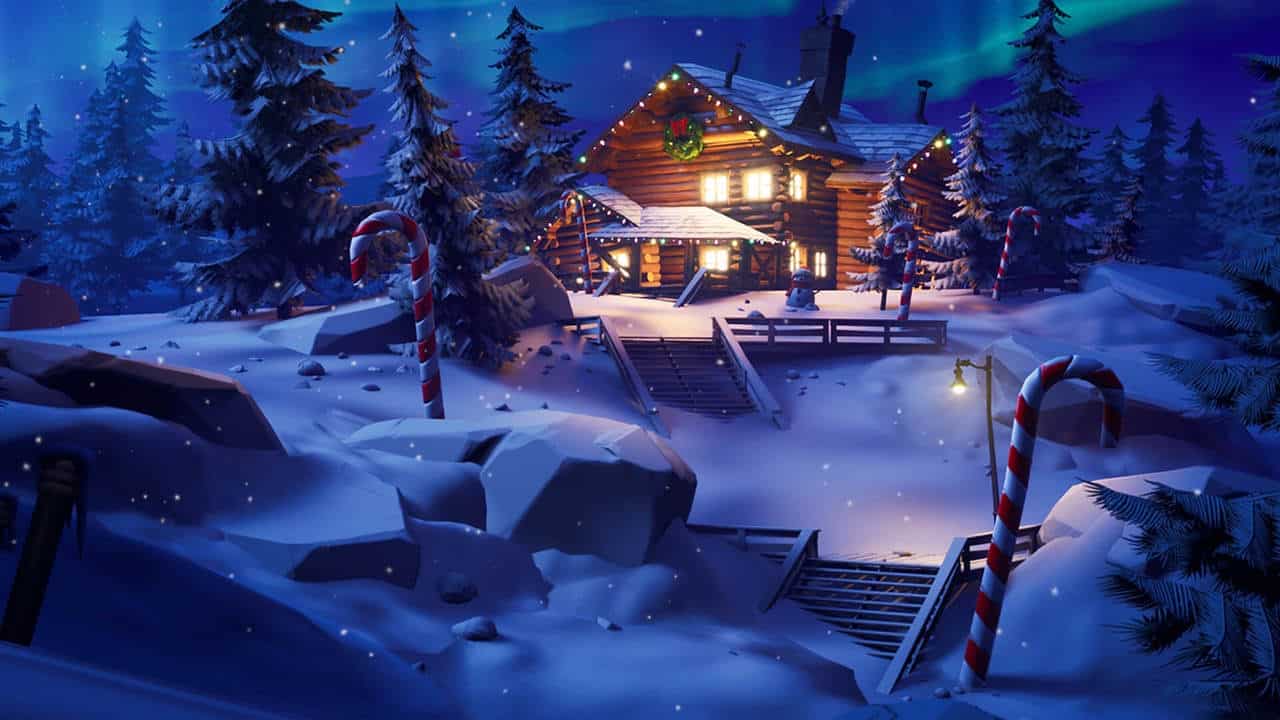 The 14 Days of Fortnite are upon us.

For the past two years, the annual “14 Days of Fortnite” event kept players engaged in the popular Battle Royale game through the holiday season, offering exclusive, unlockable rewards and much more. Epic Games renamed the event to “Winterfest” in 2019, but the general concept remained the same. Epic has kept this year’s winter-themed Fortnite event under wraps through most of December. Until now, no reputable Fortnite leakers had much information to report ahead of the Winterfest 2020. However, a leaked trailer and other critical details have given Fortnite players an indication of what to expect during this year’s holiday spectacular.

Fortnite leaker, Mang0e, received word from another source that a Winterfest 2020 teaser leaked on Twitch. The short 11-second video gave Fortnite players a brief look into what we’ll see Tuesday morning. Two new skins appeared, a candy cane and what most call ‘Snowmando,’ the latter of which is wielding a Snowball Launcher. The X-4 Stormwing — Fortnite’s airplane from Season 7 — is also in the sky above. Other than this trailer, the details remain secretive leading into Winterfest 2020, except for one unconfirmed theory.

It and Electricity have been in the works since Fire was added, and both were updated in 15.00.

Ice will be melted my fire, and will potentially turn water into ice. I assume if Epic ends up using it, they would for Winterfest. pic.twitter.com/nnTjLjWb1l

Mang0e pulled some intriguing data from Fortnite’s game files, which could indicate the return of an icy landscape. We’ve seen such environments in the past. The area surrounding Polar Peak from Chapter 1 featured snowy terrain, and patches of ice which players could slide across. Winterfest 2020 would be the ideal moment to resurrect the icy landscape and sliding mechanic. 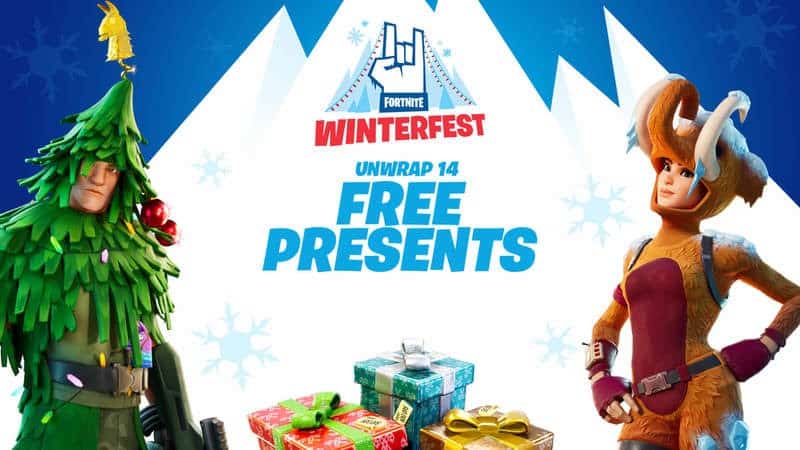 Fortnite: Battle Royale’s first winter celebration, dubbed “14 Days of Fortnite,” took place in 2018, which offered players achievable challenges and unlockable gifts. Additionally, Epic re-released a Limited Time Mode (LTM) from years past each of the 14 days. That tradition continued in 2019 when Epic Games renamed the winter-themed event to “Winterfest,” which again occurred for 14 days, offering similar perks. Each day during 2019’s iteration, players could open a new gift from a Star Wars glider to the Jonesy holiday tree skin. Could Epic Games have something similar in store for players? We’ll have to find out after patch v15.10 releases next week.