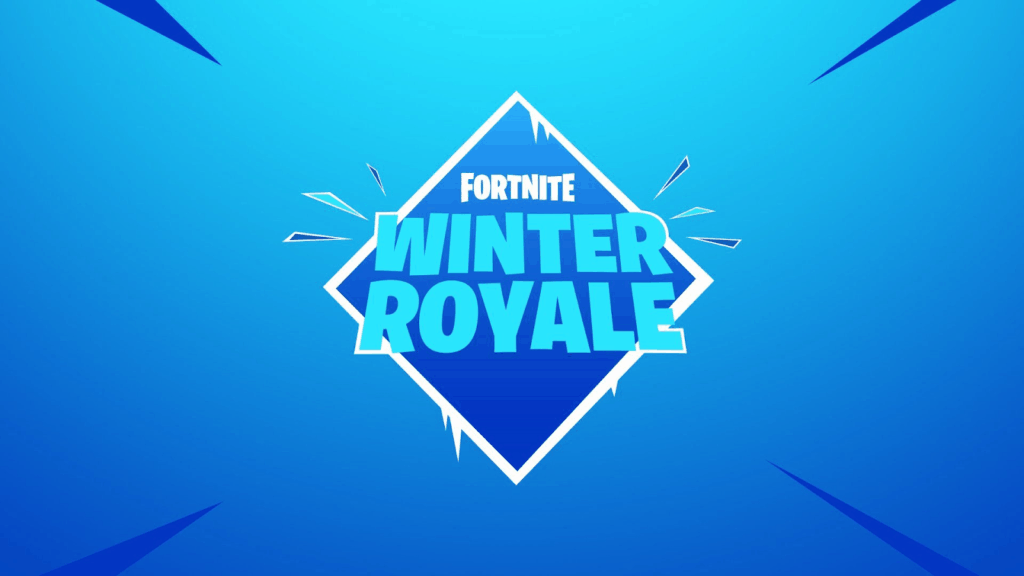 Check out the day one results from the second annual Fortnite Winter Royale.

The Winter Royale 2019 tournament is officially underway, and players can rejoice with increased placement payouts. News broke late yesterday that Epic Games decided to expand the tournament's three-day prize pool to over $23M USD per region per console. That means that PS4/XBOX, PC and Mobile/Switch players all have the opportunity to place and earn some cash. As expected, many professional players crossed into enemy territory by tackling high pings in different regions. Not only would this prove their talents as players, but also their abilities to play under unfavorable conditions. Professional players did not particularly enjoy the format of day one but participated anyway. Let's take a look at how the top-ten of each region shook out when the competition closed.

Note: There were a number of scoring errors during the course of the tournament. As a result, many players either dropped down or moved up after Epic Games applied all of the scoring fixes. The Fortnite Tracker website now reflects all of the correct scores and placements. 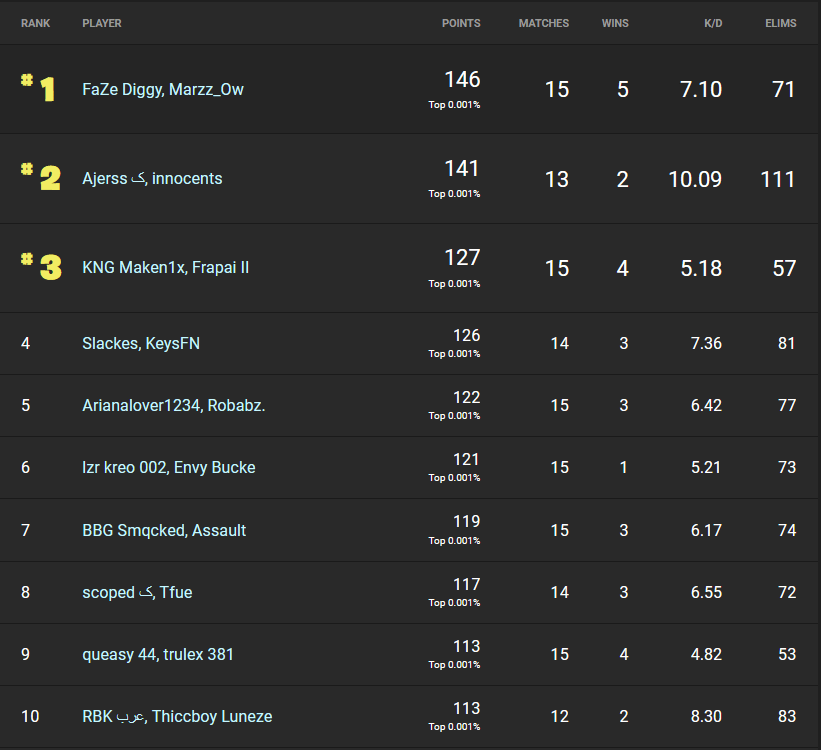 FaZe Diggy and Marzz took first place on day one of the NA East Winter Royale. Their performance yielded 146 points, and they managed to complete 15 matches. Marzz and Diggy's five Victory Royales separated them from their competition, given the format. A whopping 75 points came from their five wins, which means they accumulated 71 eliminations over 15 matches. This talented duo walked away with $8K USD in total prize winnings for day one of the Winter Royale.

Other notable duos in the top-ten include Ajerss and Ghost Gaming's innocents who placed second along with premier NA West duo KNG Maken1x and Frapai, who finished in third place. Popular streamer and professional players Tfue also reemerged at the top of an NA East leaderboard along with a new duo partner, Scoped. Although many professional players were not fond of this particular scoring system, a lot of them made an appearance atop the leaderboard. 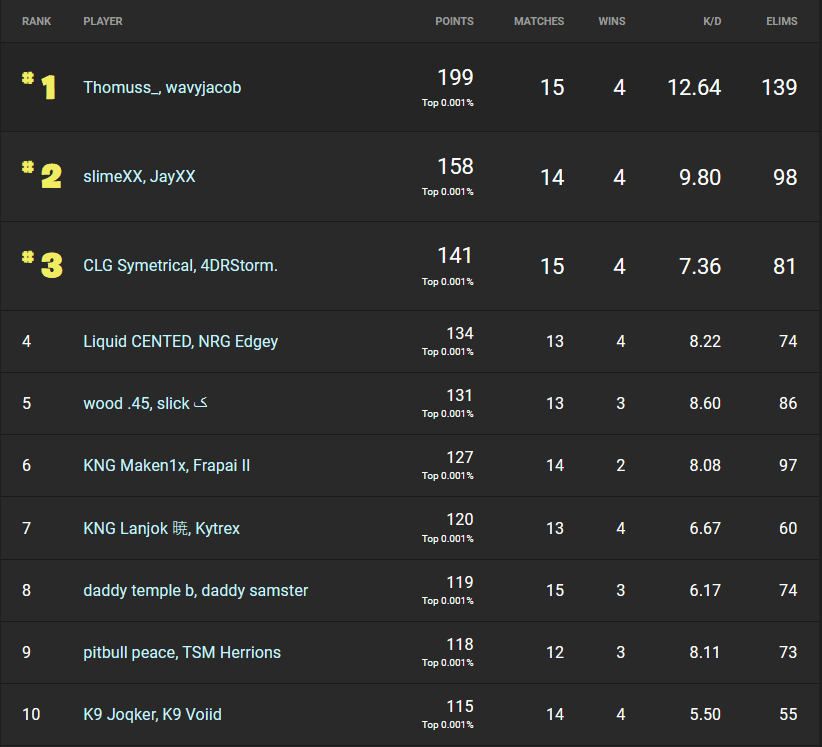 Thomuss and wavyjacob dominated the NA West region on day one of the Winter Royale. Their 199 point performance led all areas by a sizable margin. Over 15 matches, Thomuss and wavyjacob earned four Victory Royales in addition to an unbelievable 139 eliminations. Averaging 12.64 eliminations per death put them exactly where they needed to be. These two pocketed $3K USD each for their efforts.

JayXX and slimxx along with CLG Symetrical and 4DRStorm rounded out the top three in the NA West region. Some additional top-ten duos include Liquid Cented and NRG Edgey, KNG Maken1x and Frapai and finally pitbull peace and TSM Herrions. Although the NA West region received a somewhat lower prize pool than others, the competitors representing this region showed up in full force. 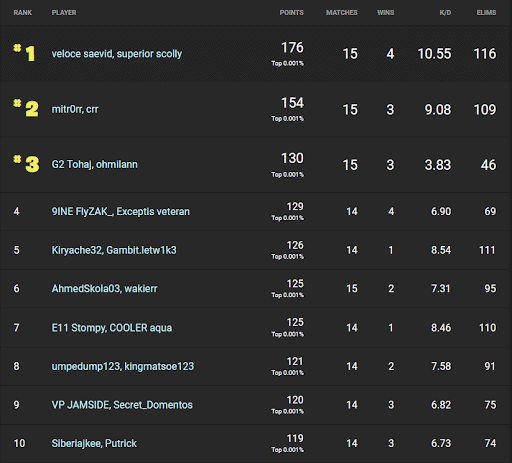 Veolce Saevid and Superior Scolly completed a commanding victory over their fellow European players. With 176 points overall, they managed 4 Victory Royales and 116 eliminations. The margin of victory is worth pointing out, considering the talent that is present in that region. This showing is an ideal start to the Winter Royale for these two European players, even in the face of an unfamiliar format.

The highly touted duo of Mitr0 and Crr took second with 154 points. After parting with Mongraal, Mitr0 seems to have found a complementary player to his skills in Crr. Ultimately it is not surprising to see these two players at the top of the EU leaderboard. G2 Tohaj and Milan round out the top three with 130 points. Other duos in the top-ten include Kiryache32 and Gambit letw1k3, E11 Stompy and COOLER aqua and VP Jamside and Secret Domentos. 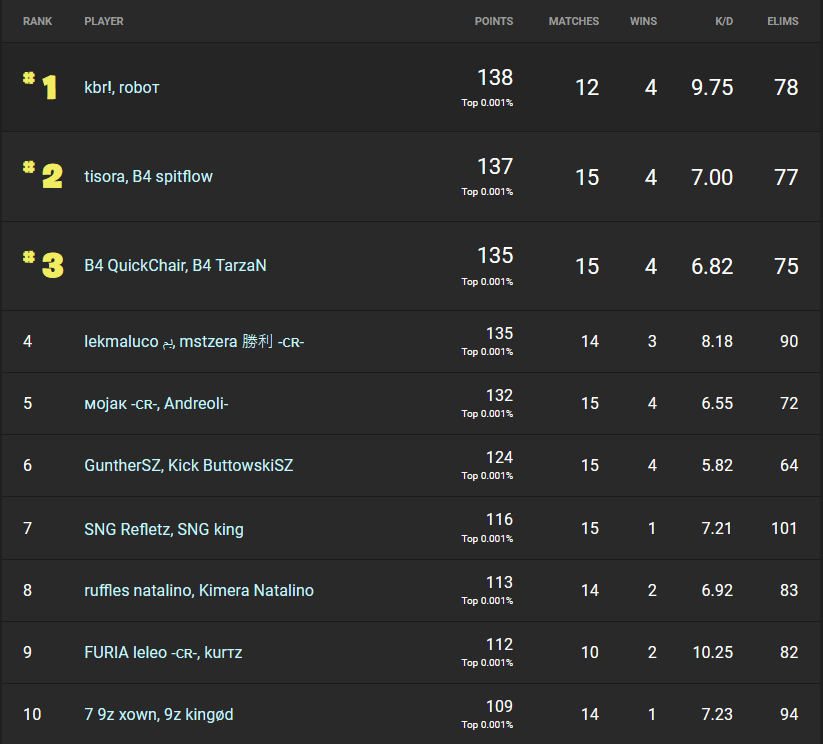 Kbr and Robot achieved a narrow victory on day one of the Brazilian Winter Royale by a mere one point. They only managed to complete 12 matches but made them count with four Victory Royales and 78 eliminations. Kbr and Robot ultimately took first over tisora and B4 spitflow, who would've tied matched first place with 138 points. Some other top-ten duos out of the Brazil region include Mojak and Andreoli, SNG Refletz and SNG king, FURIA leleo and kurts and finally 9z xown and 9z kingod. 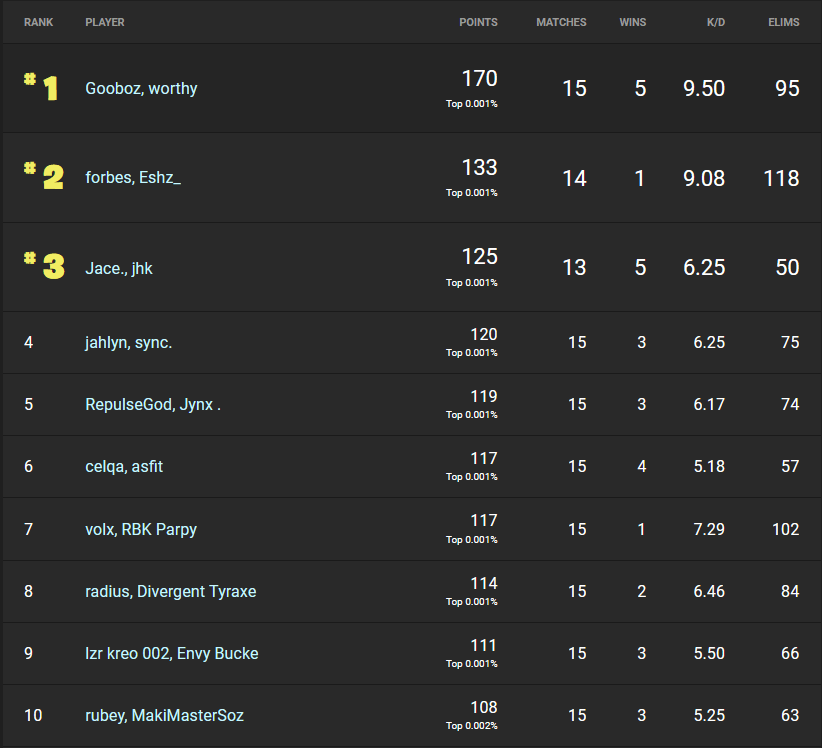 Gooboz and worthy executed a nearly perfect plan with 170 points over the maximum of 15 matches. Overall, they managed 95 eliminations and five Victory Royales. Their OCE opponents simply could not match their combination of eliminations and victories in this format. Second place went to forbes and Eshz, who put up a respectable 133 points. Rounding out the top-three is the duo of Jace and jhk who matched Gooboz and worth with five wins, but could not match their eliminations. The NA East duo of LZR Kreo and Envy Bucke managed a top-ten finish on 200 ping Oceania servers. 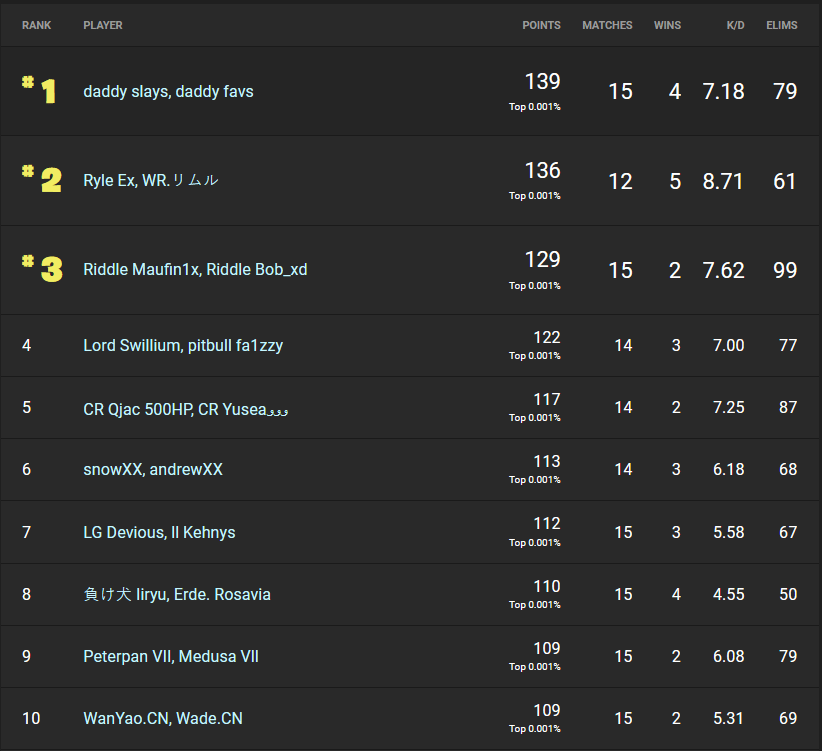 Daddy slays and daddy favs came out on top on day one of the Winter Royale. They collectively produced 139 points with four Victory Royales and 79 eliminations over 15 matches. Second place went to Ryle Ex and WR, whereas third place went to ultra-successful Asia region players, Riddle Maufin1x and Riddle Bob. Two NA West duos of snowXX and andrewXX along with LG Devious and Kehnys also managed a top-ten result. 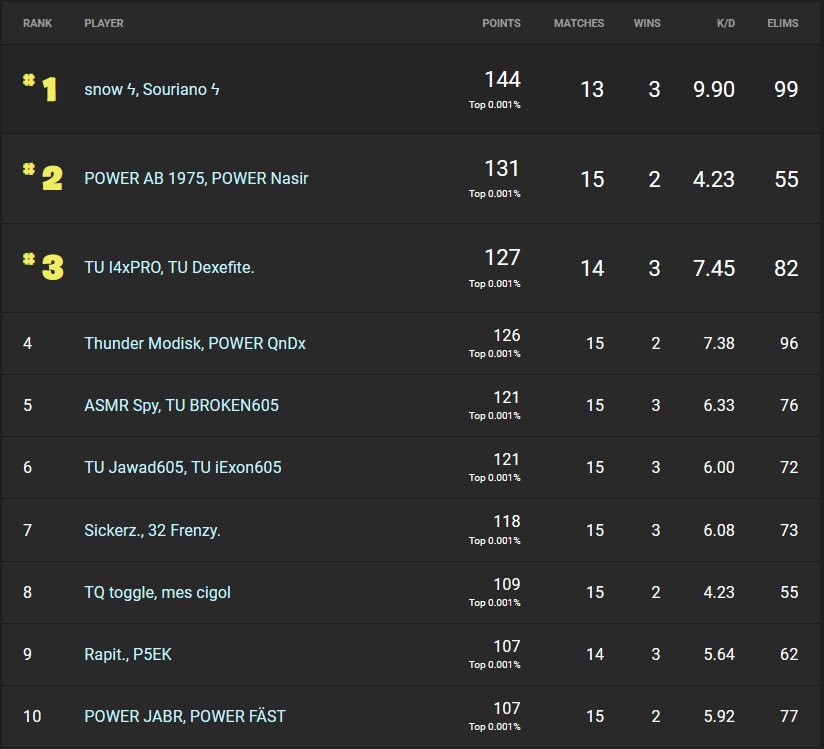 Souriano and snow walked away with first place on day one of the Winter Royale. Their 99 eliminations and three Victory Royales led to a 144-point performance. This effort granted them a sizable victory over the other Middle East duos. Souriano and snow earned $2.6K USD each after their victory. POWER AB 1975 and POWER Nasir took second with 131 points. TU I4xPRO and TU Dexefite rounded out the top-three with 127 points.