For Bugha, it was just another milestone in an otherwise hall-of-fame esports career. Interestingly enough, Giersdorf was not the only Fortnite World Cup Champion to make history that fateful weekend in July 2019. Two European players—David “aqua” Wang and Emil “nyhrox” Bergquist Pedersen—solidified themselves as the best duo in Fortnite after an unfathomable comeback. Despite their achievement, the solo and duo World Cup winners experienced an entirely different trajectory after becoming millionaires.

After witnessing Bugha become a permanent character in Fortnite, many wondered if aqua and nyhrox would enjoy the same luxury. Today, ESTNN explores the possibility of the European tandem joining the ICON Series and whether Epic Games will honor them in the same manner.

Who are Aqua and Nyhrox?

Bugha is a name known by most whether you're familiar with competitive Fortnite or not. That same notion might not apply to aqua and nyhrox. In week four of the qualifiers, the Austrian and Norwegian tandem punched their ticket to the $30M USD Fortnite World Cup Finals. Once arriving in New York City at the Arthur Ashe Arena, their path to victory became perhaps the best comeback story in Fortnite history.

The two fell significantly behind the eight ball after the first three matches. Aqua and nyhrox then rallied back in the final three games. The Euros secured back-to-back Victory Royales in games four and five. An eighth-place in game number six put the finishing touches on the most remarkable comeback in Fortnite. Aqua and Nyhrox hoisted the World Cup trophy and split an extraordinary $3M USD due to the momentous achievement. Unfortunately, Bugha’s triumph occurred one day later, leaving aqua and nyhrox in the shadows.

Bugha went on to run the talk show circuit and become the face of competitive Fortnite. Aqua and nyhrox separated shortly after the World Cup and experienced vastly different career paths afterward. Regardless, it’s worth highlighting their win again while questioning whether Epic plans to honor the two Euros as they did Bugha. 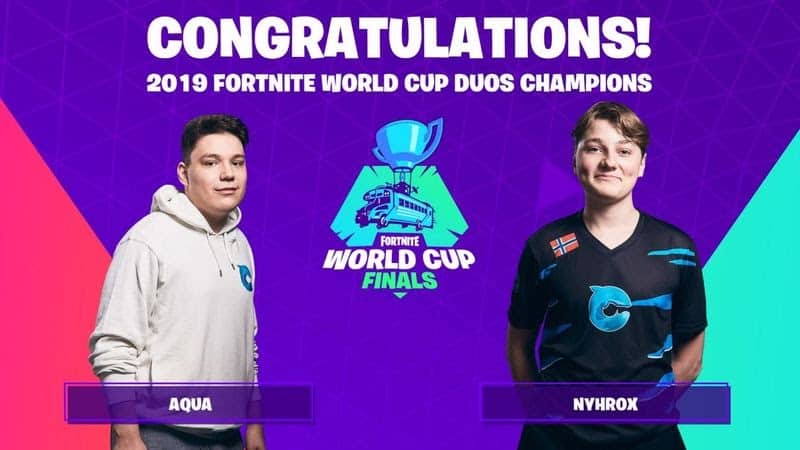 We’ve taken some time to revisit aqua and nyhrox’s impressive accomplishments. Some may not realize that their competitive Fortnite successes continued beyond the Fortnite World Cup. Aqua proceeded to win the inaugural Fortnite Champion Series (FNCS) in Season X—another outstanding accolade in his own right. Nyhrox made a splash in LAN competitions before taking some time to finish his studies.

It’d be foolish to claim that aqua and nyhrox aren’t deserving of an ICON Series skin. Both players have become legends in the Fortnite scene. Their achievements transcend the game’s four-year history, and their World Cup effort, in particular, is something worth celebrating. Whether the two European players deserve a Fortnite skin is not the question. Instead, we should ask if Epic Games would expend the resources to make it happen.

Will Aqua and Nyhrox Join the ICON Series? 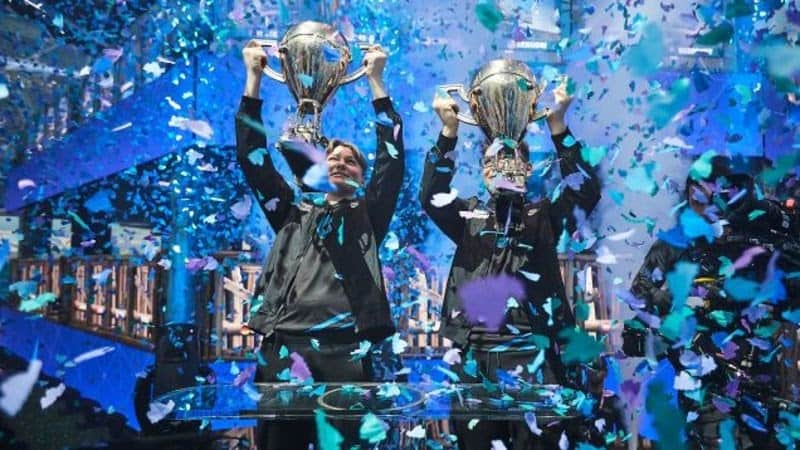 The harsh reality is that both players evaded the limelight and relegated themselves to a purely competitive role. While nyhrox did become somewhat of a star in Norway, aqua remained focused on his competitive career and wanting to be the best. Neither reached the same heights as Bugha on a global scale. Bugha won Esports Awards, launched a line of merchandise and currently possesses one of the most popular Fortnite streams on Twitch.

It seems unlikely at this stage that aqua and nyhrox will join the ICON Series, but there’s certainly hope. As mentioned before, Travis Scott, Marshmello, Ariana Grande and LeBron James are some of the names included in the ICON Series. However, others such as Lachlan “Lachlan” Power and Kathleen “Loserfruit'' Belsten are also on that list. While well-known in the Fortnite scene, these certainly aren’t the most recognizable names on a global scale.

That fact alone leaves a shred of hope that aqua and nyhrox could one day see themselves enter the ICON Series. However, it’s ultimately up to Epic Games and perhaps the community at large to push for it to happen.