Fortnite: Travis Scott Astronomical was a spectacle to behold 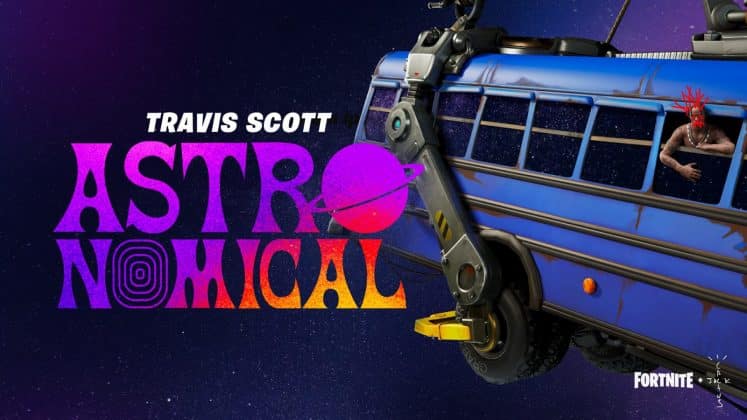 Travis Scott’s Astronomical concert was an outstanding display and an event worth watching.

Fortnite: Battle Royale has come a long way since the Marshmello concert back in Season 7. The event smashed viewership records across all major streaming platforms, and millions were in attendance. We are now five seasons removed from that historical event, and Fortnite has moved into a whole different genre of music. Epic Games partnered with Grammy Award-nominated rap artist Travis Scott to feature some in-game items as part of the Icons Series. On top of the purchasable items, Fortnite brought players the world over a Travis Scott concert that was one for the ages.

What just went down?

The first of several Astronomical concerts completed earlier this evening, and it featured some pulse-pounding music and stunning imagery. Players dropped out of the Battle Bus over Sweaty Sands and waited in anticipation for the rap superstar’s arrival. The concert began with a stage for players to settle in on with a projection screen overhead. An asteroid approached the stage themed to Travis Scott’s Astroworld album. The song Sicko Mode soon followed as did a gigantic version of Travis Scott to perform it. Players were able to walk on water during the event, use the Travis Scott emotes and watch as the superstar shapeshifted and teleported several times throughout. The award-winning platinum artist also performed Stargazing as well as a snippet of his new song ‘The Scotts.’ Players then flew through space and soon returned to the Sweaty Sands portion of the Fortnite map to end the concert.

Epic games does it again

Fortnite's Travis Scott continues to showcase Epic's ability to put on legendary live event experiences in not just video games but all of entertainment, with millions of people watching around the world

Rod “Slasher” Breslau reported on Twitter that the first Travis Scott Astronomical concert hit over 1 million viewers on both YouTube and Twitch while throwing a jab at Mixer. These numbers reflect just how much power Epic Games possesses with Fortnite. Even three years after its release, the game can still capture the attention of a massive amount of people.

Although the game itself is always a topic of controversy, at least amongst the competitive community, the Travis Scott concert shows that Fortnite still has the “it” factor. Not many popular games can bring millions of people to watch an animated concert. We can only hope that Epic continues to bring these spectacular events because they are a whole lot of fun to experience.

In case you missed out on this seemingly once in a lifetime event, you can relive it throughout this weekend. The times that players can watch the Travis Scott Astronomical concert on Friday and Saturday are as follows:

Astronomical is an event that you should not miss, even if you aren’t mainly a fan of Travis Scott. The music and imagery flow so well together, so be sure to tune in for one of the next showings.

Let’s just hope that people who tune in will take a note from FaZe Clan’s Kyle “Mongraal” Jackson after he nearly had a heart attack during the event.