Despite losing Cloakzy, the Fortnite legend looked to win their second consecutive Zero Build event with Scoped and Battle Royale veteran DougIsRaw. The trio would have overcome several other icons involved throughout six matches. Names like SypherPK, NickEh30, Replays and other Zero Build aficionados planned to thwart Tfue’s back-to-back attempt.

Ultimately, Tfue remained in contention until the bitter end, when Team Zemie did just enough to warrant a victory.

Two teams emerge from the lot of 33 to put themselves in prime striking position ahead of game six. Team Zemie, consisting of content creators Zemie and Prospering and professional Fortnite player Edgey, had a tall task. Tfue has looked incredible in every Zero Build tournament thus far.

Naturally, these two duos battled for leaderboard positioning the entire time. Team Zemi opened the competition with a swift Victory Royale and 21 total eliminations. It was an outstanding performance—one we don’t see very often in these tournaments. Zemie, Edgey and Prospering put themselves into a prime position while every other team had to improve their ground.

GGs to 🥈Team @Tfue, 🥉Team @AcornFN, all the Trios & our partners pic.twitter.com/oBymBilIwP

Team Zemie kept their consistency going in games two, three and four, earning 17, 22 and 16, respectively. Meanwhile, Team Tfue gained ground over that stretch with 81 points. With one game left, Team Zemie sat in first with 104 points while Tfue and company had 91. The defending champs needed a strong finish in game six but fell short.

Despite Team Zemie falling earlier than expected, Team Tfue found itself in a challenging in-game situation with no mobility and teams bearing down on them. Team Zemie rightfully earned the Twitch Rivals Zero Build Showdown and $21K USD to split. Team Acorn rounded out the top three behind Team Tfue with 91 points. 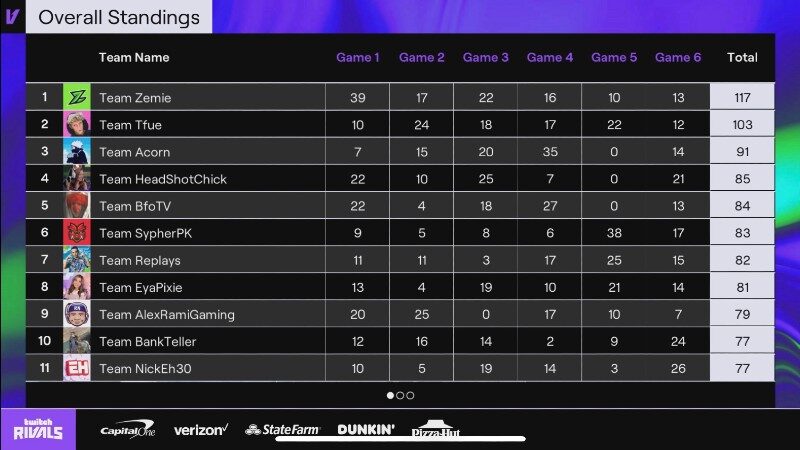 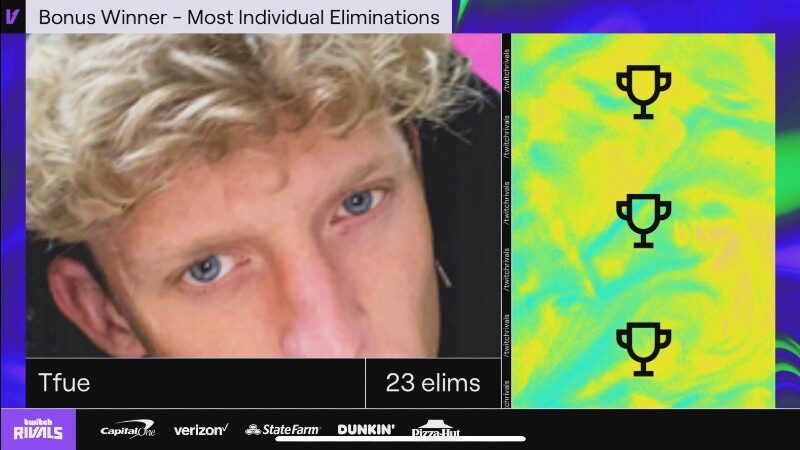 Zero Build and Tfue go together like peanut butter and jelly. For the second straight event, the Fortnite legend earned the most eliminations of any competitor. Many of the other participants are professional players, showing how polished Tfue’s skills remain after all these years. He’ll host his own Twitch Rivals Creator Series event this week—a tournament he hopes to dominate.

It doesn’t get any closer! 🏆

GGs 🥈Team @SolaryTV, 🥉Team @MrSavage, to all the Trios & our partners pic.twitter.com/Hk0LQTuowt

The Latin American competition saw Team loud_leo win convincingly with 148 points. Team POW3Rtv claimed the number one spot over Team SolaryFortnite by only one point in Europe. 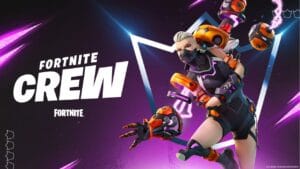