The third addition to Fortnite Crew’s “First Shadows” arrives on November 1. Following October’s Chaos Origins and September’s Burning Wolf, Sierra completes the First Shadows trifecta in November. Dubbed the first pardoned, Sierra is the first and only female member of Midas’ diabolical team. Epic Games describes this character as “avenging her past from the Shadows.”

Crew subscribers can expect to see Sierra in their locker on November 1. ESTNN is here with all the information you might need to purchase and play as this new Fortnite Crew addition!

The first pardoned arrives in Fortnite five days from today. Sierra brings a slew of accessories, including a back bling, dual-wielded pickaxes, wrap and loading screen. Only Fortnite Crew subscribers are eligible to receive these cosmetic items.

Here is the complete list of what’s included in the November Fortnite Crew pack: 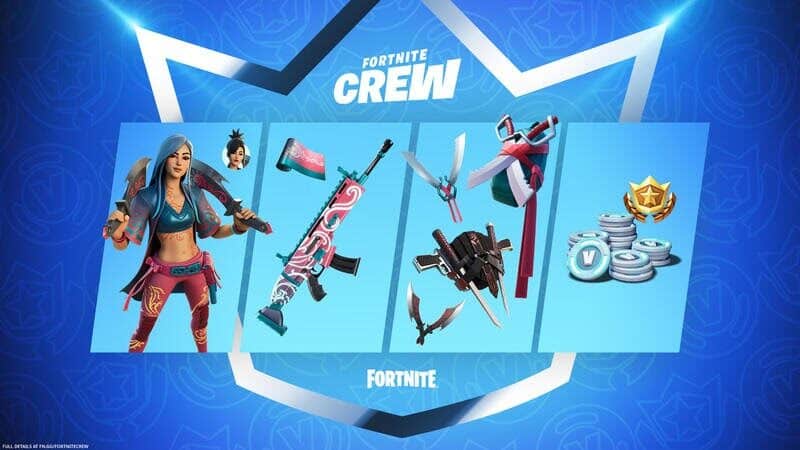 Subscribers will also earn the Season 8 Battle Pass for free and the usual 1,000 V-Bucks. Additionally, new Fortnite Crew members will unlock a stage of the evolving legacy pickaxe and back bling plus an alternate style for the All-Weather Extractor Pickaxe—part of Ariana Grande’s Spacefarer Quests. Subscribers that sign up before November 1 earn themselves the Chaos Origins set, too.

The release of Sierra concludes The First Shadows set, meaning we will get an entirely new character next month. Sierra will be available for the entirety of November, with a new Fortnite Crew member joining in December.