Kyle “Mongraal” Jackson is arguably the best Fortnite player in the world. The jury is always out on who the best player is due to the randomness within Fortnite and how differently each and every game plays out. Mechanically speaking, it is difficult to find a more gifted player than Jackson. His reaction time is truly unfathomable, and it plays perfectly into his aggressive playstyle. Jackson made a name for himself early on in competitive Fortnite. He parlayed the recognition of his skills into sponsorships and tournament victories to this very day. 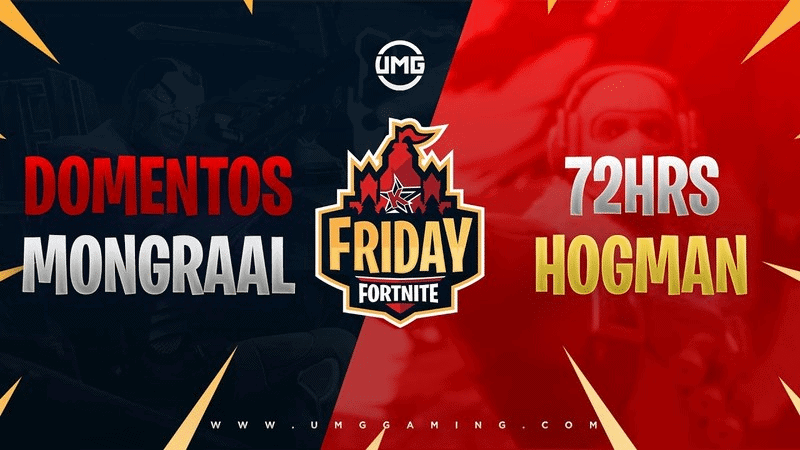 At the age of 13, Team Secret recruited Jackson to be a part of their competitive Fortnite team. Unfortunately, at the time, his age precluded him from participating in sanctioned competitive Fortnite tournaments. His documented competitive career began with KEEMSTAR’s UMG Friday Fortnite tournaments. Jackson won his first Friday Fortnite competition alongside fellow European Fortnite pro and former Team Secret teammate, Domeniks “Domentos” Bunts. Jackson and Bunts made it through to finals winning every match along the way. They defeated Tom “72hrs” Mulligan and Michael “Hogman” Hogman in the finals.

It took some time for Fortnite to develop a reliable format for major tournaments. Until that time arrived, players resorted to pub-stomping tournaments and tournaments hosted by third-party websites. Jackson continued competing in Friday Fortnite tournaments but never added another victory to his record. He and Bunts reconvened for the BP Open Duos in July of 2018. This European event featured names such as Klaus “Stompy” Konstanzer and Thomas “Tschinken” Horak in a duo format. Jackson and Bunts went on to finish in 5th place.

With Epic Games developing an esports model Fortnite, Jackson continued competing alongside Bunts for several more months. The pair took part in the Premiere Online Gaming (POG) Duo Tournament in August of 2018, in which they finished in 22nd place. A few days later, Jackson took 10th in the POG Solo tournament behind his own duo partner and recognizable names like Martin “MrSavage” Andersen. As Jackson ascended the rankings in the European scene, so too did many of the other names familiar to us today. The two Team Secret members placed 18th in the BP Duos tournament on August 29th of 2018. Jackson would soon catapult into the winner’s circle multiple times over the following months.

On September 2nd of 2018, Jackson and Bunts earned their first legitimate tournament victory in a POG Duo Tournament. They bested the likes of Dmitri “mitr0” Van de Vrie and Max “Magin” Merrien of Team Atlantis amongst other players en route to victory. Although Jackson and Bunts were victorious in a Friday Fortnite tournament, this was their first true win against other top European duos. Jackson dabbled in some squad tournaments and even finished 2nd in a POG hosted tournament alongside fellow Team Secret members; Bunts, Joakim “Osmo” Osmo and Milan “Milan” Lopes.

In November of 2018, Jackson embarked on a solo venture in the European Winter Royale, which Epic Games hosted. He would have qualified, but his age once again prevented him from participating in the finals. Epic Games eventually lowered the required age to 13, allowing many talented young players to compete. The next two competitions for Jackson were the Cooler Cup and Share the Love in February of 2019, both of which he won. In March of 2019, he began to legitimize himself atop the best Fortnite players in the world. Jackson and Bunts played together in the Gauntlet and Scallywag Cup for Europe, finishing 5th and 38th respectively. He soon joined forces with Dmitri Van de Vrie, also known as mitr0, replacing longtime teammate Domentos. 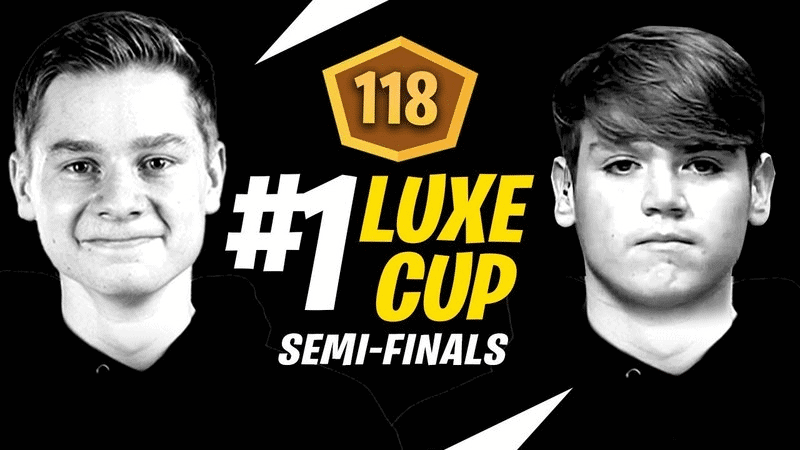 After joining up with Van de Vrie, the two embarked on what would become one of the more successful duo endeavors to date in competitive Fortnite. The European Luxe Cup was their first crack at a Fortnite tournament which pitted them against other top duos. Jackson and Van de Vrie dominated in the Luxe Cup semi-finals with 118 points, qualifying them for the finals on March 31st of 2019. The two of them accumulated 87 points in the finals, including a 17 elimination Victory Royale.

MORE FROM ESTNN
Fortnite: How To Enter The Mothership & Collect Insane Loot In Season 7

In early April of 2019, Jackson and Van de Vrie placed 3rd in the European World Cup Warmup. Benjy “benjyfishy” Fish and MrSavage edged them out for 1st place. With the utmost confidence in his skills, Jackson went on to attempt qualification for the Fortnite World Cup both as a solo and a duo with Van de Vrie. The dynamic duo qualified in week two of the European World Cup Qualifiers. Jackson and Van de Vrie accumulated 2 Victory Royales over 8 matches and went on to qualify with a second-place finish.

They had an average placement of 8th over their 8 matches played, and lost only to benjyfishy and MrSavage. With a ticket secured to the Fortnite World Cup, Jackson wanted to join the illustrious group of players to qualify for both solos and duos.

Jackson and Van de Vrie continued participating in the duo qualifiers to shape their strategies heading into the World Cup. The two went on to place as high as 6th and 3rd in the remaining duo qualifying events. Jackson then embarked on his own journey toward qualifying as a solo for the event. This effort came to fruition in the final week of the solo qualifiers. It took a 63 point performance and 1 Victory Royale, which granted a solo Fortnite World Cup spot to Jackson. He joined a shortlist of players who had two opportunities at the $3M USD prize pool. After playing alongside MrSavage and benjyfishy in a trios test event, it came time for the Fortnite World Cup. All eyes were on the younger talents displaced through the competitive community, and Jackson was front and center in most people’s minds.

#Fortnite: Announcing the transfer of Fortnite Professional player Kyle "Mongraal" Jackson from @teamsecret to @FaZeClan.@Mongraal will compete with FaZe Clan at the upcoming Fortnite World Cup from July 27th-28th, where he is qualified in both the Solo & Duo events.#FaZeUp

On July 7th of 2019, FaZe Clan announced the transfer of Kyle “Mongraal” Jackson from Team Secret to their organization. In the process of snatching up top talent in competitive Fortnite, FaZe added one of the best European players to their team. Jackson joined Nate “Nate Hill” Hill, Danny “Dubs” Walsh, Noam “Megga” Ackenine and many others on the highly acclaimed organization. This set Jackson up nicely for the Fortnite World Cup which would take place just three weeks later.

On July 27th of 2019, Jackson and Van de Vrie took part in the Fortnite World Cup duo finals. Over 6 total matches, the two European players amassed an impressive 25 eliminations. Although they did not earn a Victory Royale, Jackson and Van de Vrie accomplished a 6th place finish with 40 points overall. Their eliminations accounted for well over half of their points, and the two would split $450K USD for this outstanding showing. Jackson and Van de Vrie showcased their skills successfully as a duo on the grandest stage in all of Fortnite. The former of the two had another stab at the large prize pool with the solos competition at the World Cup.

The following day on July 28th of 2018, Jackson endured 6 solo matches against the best of the best in competitive Fortnite. At the completion of the tournament, the young British phenom put up 10 eliminations and 23 points overall. Jackson had zero points through three matches and then rallied back with 7 eliminations to go along with a runner-up finish. His effort yielded a 13th place finish, ultimately adding $150K USD to his total. Jackson had one of the best and most consistent performances out of all participants at the Fornite World Cup. He did not allow the spotlight of the world’s stage to intimidate him, and his results at the World Cup add another layer of legitimacy to his tournament history.

As the dust settled from the $3M USD Fortnite World Cup, Epic Games announced trios would take the place of duos going forward. With that in mind, Jackson remained alongside Van de Vrie and added Benjy “benjyfishy” Fish as their third. Being dubbed MMB, the potential of this trio at the time eclipsed nearly every other trio out there. Mongraal, mitr0 and benjyfishy are highly recognizable names in competitive Fortnite, and they were looking to do some damage.

The trio fulfilled this prophecy with 6 wins between late August of 2019 into late September. Jackson, Van de Vrie and Fish did not finish worse than 2nd place in any of the qualifiers. Their dominance grabbed headlines as the Season X Finals approached. The damage that this trio did to all European trios will go down in history.

After decimating the European region en route to the finals, many heavily favored Jackson, Van de Vrie and Fish to win the Season X Championship. The young European trio picked up where they left off, winning heat 1 convincingly. With millions more at stake, Jackson, Van de Vrie and Fish strolled into the finals and needed 6 solid matches the claim the championship. After earning the Victory Royale in match 1, they were befallen by griefers who targeted them at their landing spot.

Retail Row provided an exorbitant amount of loot, and this led to other trios challenging Jackson and company. The three managed just a single top 10 finish after their victory and struggled to break the top 25. The ultra-talented trio put up a paltry 20 eliminations of six matches, which paled in comparison to the qualifiers and cash cups. Jackson, Van de Vrie and Fish earned $9.6K USD to split, but the total is much more considering the prizes offered over the qualifying period.

The disappointment of the Season X Finals set in, but Jackson was ready to move on. Epic Games subsequently announced a transition from trios to squads for the newest season of Fortnite and the FNCS. Jackson took to Twitter with an announcement of his own, stating that he and Fish were parting ways with Van de Vrie. This decision was made by Klaus “Stompy” Konstanzer and David “aqua” Wang, who won the European Season X Finals. Unfortunately, this marked the end of the superbly talented trio of MMB.

The outlook will always be positive for a player at the caliber of Kyle “Mongraal” Jackson. His resume is impressive, to say the least, and includes some high finishes against legitimate competitors. Jackson is one of the most mechanically gifted players in the world today. His communication is incomparable and it conveys the passion he has for winning. We can expect Mongraal to remain atop leaderboards in Europe and on LAN given his talent and dedication to the game of Fortnite.