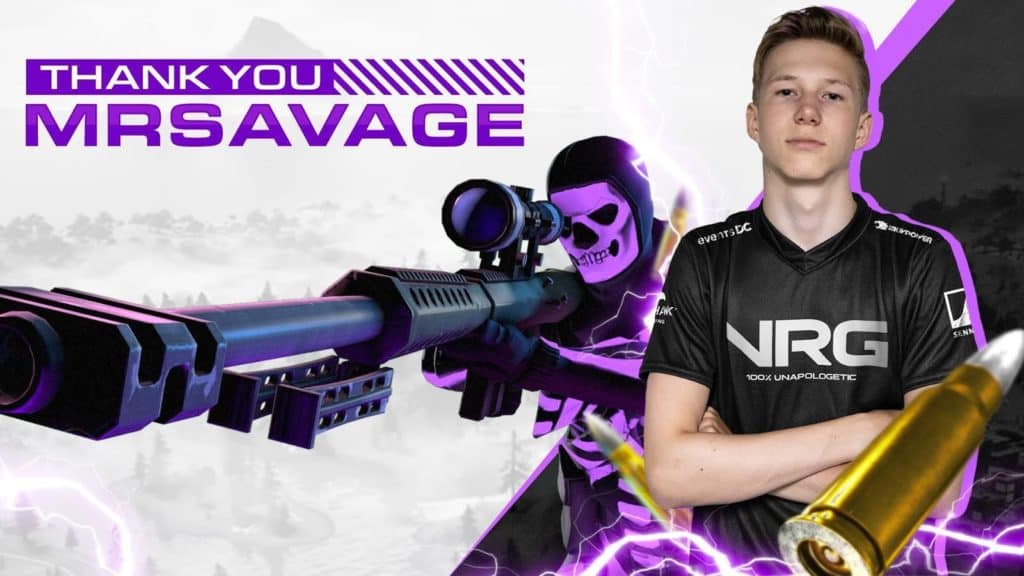 MrSavage has parted ways with NRG after over a year under their banner.

As of today @MrSavage will no longer be a member of the NRG Fortnite roster.

Thank you for the great memories and for repping the #NRGfam so well. It doesn't take 200IQ to see that you have an incredibly bright future ahead. pic.twitter.com/DNncFhrPcM

NRG Esports lost one of its best assets with the departure of Martin “MrSavage” Foss Andersen earlier today. After joining NRG in January of 2019, MrSavage ascended to the top of Twitch and competitive Fortnite in a rather short amount of time. The announcement came down via Twitter, where MrSavage himself posted a reflective Tweet regarding his time with the organization. NRG also posted a Tweet of their own acknowledging MrSavage’s growth and wished him the best in the future.

This last year with NRG has been amazing, now I'm on to a new chapter in my life. Nothing but great experiences from NRG, you will always have a special place in my heart. BIG announcement to be made soon. pic.twitter.com/wcHlRzGoZN

It’s a bitter-sweet ending for one of the best Fortnite players in the world. Often, we see players surpass the growth of their organization and take on a life of their own. His streams usually average well over 10K viewers on Twitch, and he has well over 1M subscribers on YouTube. MrSavage is one of the more popular streamers on Twitch and still maintains impressive competitive Fortnite results to this day. It’s quite the loss for NRG, who has just lost one of the best Fortnite players.

Many will remember MrSavage for his time spent with Benjy “benjyfishy” Fish as one of the most dominant duos in Fortnite history. Both MrSavage and benjyfishy qualified for the Fortnite World Cup in July of 2019 as a duo and as individual competitors. The two players ended their partnership before the Season X Fortnite Champion Series, but MrSavage remained relevant in the competitive scene. He’s won and placed high in several Solo Cash Cup tournaments.

As for what’s on the horizon for the young Norweigan, MrSavage will be in attendance at the DreamHack Anaheim Fortnite. He also teased an announcement that will come soon enough, which could be him signing with another organization.

Benjyfishy responded to the heartfelt Tweet from MrSavage with an undoubted sign of respect for their endeavor in Fortnite.

The sky is truly the limit for MrSavage, given his outstanding track record and likable personality. His stream will likely continue to grow, and he is now free to negotiate a new contract with perhaps an even more significant organization. We’ll be keeping a close eye on Twitter to see where MrSavage lands next. Nevertheless, he has instantly become the hottest free agent in competitive Fortnite.

Stay tuned to ESTNN for updates on MrSavage as we receive them.