Fortnite: How To Set Structures On Fire In Season 6 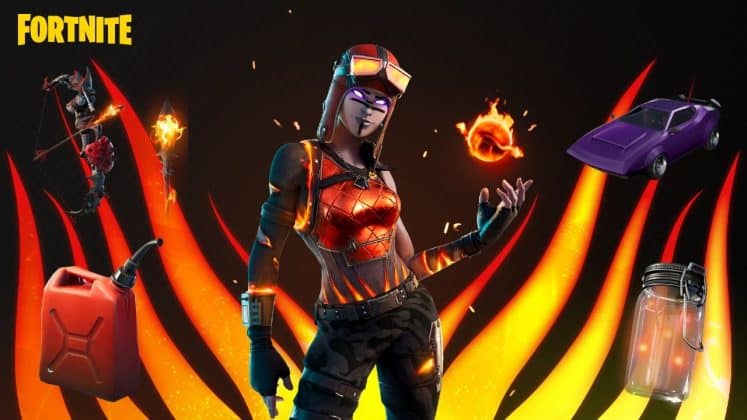 Learn how to set structures ablaze in Fortnite Chapter 2 - Season 6.

Fortnite Chapter 2 - Season 6 has offered countless challenges for players to progress through the Battle Pass. Compiling experience points (XP) is crucial on your path to achieving level 100 and collecting the cosmetics that accompany the process. Week four quests are now live, and one in particular tasks players with setting structures on fire which yields 24k XP. Today, we are looking at the ways to ignite fires in Fortnite to further yourself along in your journey to max out the Season 6 Battle Pass.

Introduced in Chapter 2 - Season 3, Firefly Jars might be your best bet to achieve the firestarter challenge. Players can locate fireflies virtually everywhere across the entire Season 6 map. Some Firefly Jars will appear as floor loot, but that seems rare and unreliable. Thankfully, Fireflies spawn in collection areas, and players can capture them. Once you have Firefly Jars in your inventory, the next step is to toss them at ten structures to complete the quest.

Like Firefly Jars, Gas Cans spawn in almost every point of interest (POIs), but most often at gas stations and car garages. To ignite a fire with a Gas Can, fire a weapon at it, and it should engulf entire structures in flames. Repeat that process ten times, and you’ll have an additional 24k XP to your name.

The final and most unconventional way to ignite fires is to craft a Flame Bow or be lucky enough to find one in a chest. This weapon is craftable in many ways and could potentially knock this quest out in mere seconds. Firing the Flame Bow at a rapid rate might be the quickest method on this list, but again, it requires a low-percentage loot drop or the proper crafting resources. You can refer to our Crafting Combinations Guide () to learn how to make a Flame Bow.

Beyond the three items that cause fires, players have one other option to complete this challenge. Cars and boats are prime explosion targets. To start fires with vehicles, all you need to do is shoot it until no health remains. An explosion will shortly follow, and the surrounding landscape will turn ablaze.

We're working on a fix for this issue for a future game update.

Players are able to track the status of the issue via this Trello card:https://t.co/oyjtX1bsWr

Unfortunately, those looking to accomplish this challenge will run into issues. Epic Games identified a glitch in Fortnite that prevents players from completing the quest. The @FortniteStatus Twitter account has acknowledged the issue and plans to resolve it in a future update. Once they have done so, you’ll be able to set structures on fire and cash in those experience points.