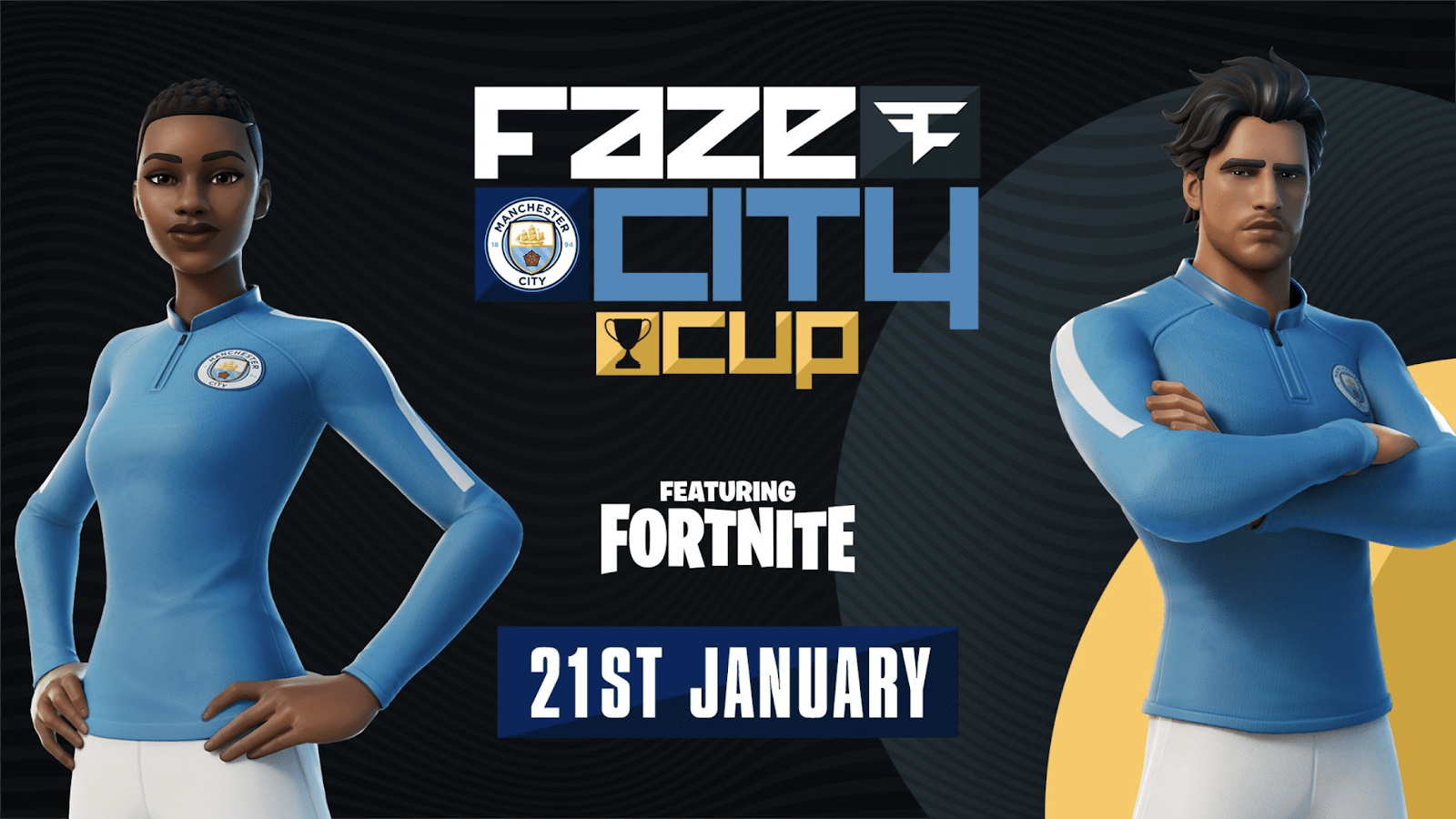 The FaZe City Cup offers Fortnite: Battle Royale players a chance to win a brand new ‘Football Club’ skin before they hit the item shop on January 28. The popular esports organization and football squad teamed up over the summer for a merchandise release, but this time it's a bit more serious. Fortnite players will compete in a duos tournament for a shot at multiple in-game cosmetic prizes. The action commences on January 21. Here’s the ultimate chance to win free Fortnite goodies a week early.

This Thursday, January 21st we're running the #FaZeCityCup with early access to the new Manchester City skins awarded for the Top 100 Duos teams. EU servers - but anyone can play!

This FaZe x Manchester City crossover event features a duos format, meaning teams of two will compete. It is open to all players of any Arena Mode, but will occur on the European servers, so be sure to switch before queueing. You will need to register for the FaZe City Cup, and you can do so here.

Here is the tournament’s general format:

Earning points per match is the key to victory in Fortnite, and the FaZe City Cup is no different. Placement points for this tournament begin at top-75 and each elimination is worth one point. Here is the entire scoring system:

Instead of cash prizes, players are competing for a ‘Football Club’ skin pack, including ten cosmetics and one emote. Each top-100 tandem will unlock the Machester City jersey style and 22 other football logo styles. Here is the prize breakdown for this tournament:

The FaZe City Cup is just one day away, and it’s a prime opportunity for players to expand their lockers. Better yet, football fans can win cosmetics to represent their favorite teams. Be sure to grab a duo partner and compete for a top-100 finish.