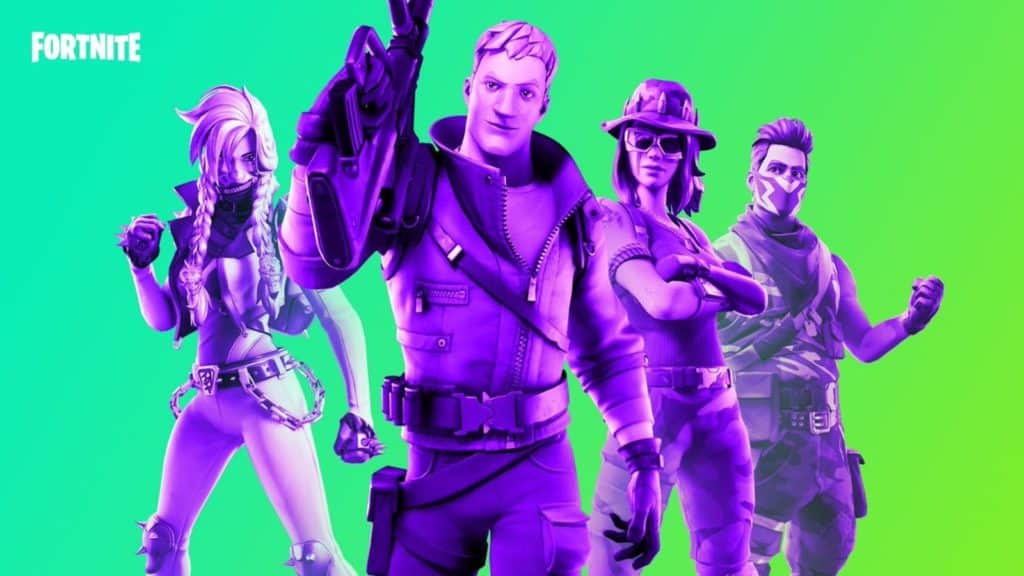 Fortnite Champion Series squads are losing out on essential points and prize money due to glitched lobbies.

Tyler "Ninja" Blevins, Nate "NateHill" Hill, Trevor "Funk" Siegler and Malachi "Reverse2k" Greiner have been competing in the Fortnite Champion Series Qualifiers for three weeks. The foursome has steadily improved each week and reached the final session this past weekend. It has been exciting to see this squad develop the chemistry that they have been able to maintain. With several opposing teams contesting their Dirty Docks landing spot, these four players continuously fight an uphill battle. During the final session on November 17th, Blevins and his squadmates faced an unfortunate glitch that has stolen points and money from players in the past.

Blevins, Hill, Siegler and Greiner were in a perfect position to qualify for the FNCS Semifinals. They stood at eleven elimination points through their first four matches. They needed a nearly flawless performance to vault them back into contention. Siegler shouldered his team and managed to accomplish a second-place finish on his own. The four players collectively produced eleven eliminations in match five, which moved them into eleventh place. On the heels of Siegler's outstanding solo display, this squad had one game remaining with a legitimate chance to advance into the Fortnite Champion Series Semifinals. As the four players queued into match number six, all made it except for Siegler. It was at this point that Blevins, Greiner and Hill recognized that their points would not count for the final match.

Fortnite's flawed online tournament system has caused endless stress for many professional players. Last season's Fornite Champion Series finals experienced several delays because players could not even load into the tournament queue. There's no definite rule on how Epic Games should handle these situations. In the past, the Fortnite developer typically handles these problems on a case-by-case basis. For Season X, Epic Games' solution was to delay the tournament and resolve their tournament queue system so that teams did not lose out on potential points. Like all others before this, the case of Blevins, Greiner, Hill and Siegler is inconsequential.

Hill quickly noticed that Siegler did not make it into match six, which effectively ended the squad's chance of earning enough points to qualify. Siegler's pulse-pounding performance ultimately yielded only consistency points. The remainder of his squad could only offer an unenthusiastic laugh as they realized what would happen. Blevins, Hill and Greiner played out the game and had to rework their strategy to compensate for the lack of their fourth team member. It's an unfortunate result for a squad that was on the brink of securing their spot at the FNCS Heats in early December. Five squads in total suffered the same fate of missing out points because one of their players did not load into the game.

This rule seems to shed light on the situation experienced by Siegler and many other squads during the Fortnite Champion Series Qualifiers. What primarily happens is that a match only counts toward as squad's overall earned points if all four players make it into the pre-game lobby. Additionally, Epic Games protects themselves against issuing points that teams rightfully earned with rule 7.1.2:

"At times, unforeseen issues may arise that result in score reporting delays and/or inaccuracies. For the duration of the Event, the score displayed within the Leaderboard will be the universally accepted score, regardless of accuracy."

Since the leaderboard does not account for points earned by incomplete teams, there is no real way to backtrack and issue those points.

Other Cases of Injustice

Unfortunately, this is not the first case of squads that have missed out on crucial points that would count toward seeding and actual prize winnings. The team of Shane "EpikWhale" Cotton, Evan "Cented" Barron, Brodie "rehx" Franks and Benjamin "Edgey" Peterson have documented their frustrations and experiences with their missing points. This highly regarded NA West team lost out on thirty-two points in weeks two and three of the FNCS Qualifiers for the same reasons as Blevins' squad.

Week three also proved that this ongoing problem is not specific to North America. We can also add the team Benjy "benjyfishy" Fish, Kyle "Mongraal" Jackson, Jaden "Wolfiez" Ashman and Nathan "Nayte" Berquignol to the list of groups enduring these flawed tournaments. Ashman failed to make it into one of the squad's session three matches, which resulted in no points for the top-tier European team. Many more will follow if Epic Games continues to ignore what is happening during the qualifiers of this $5M USD tournament series.

how is this not blowing up? 1 person didnt load in from a relentlessly unfixed bug, they went on to score 18 pts as a TRIO despite that

its well documented and been brought up multiple times, yet @FNCompetitive continues to do nothing

Fortnite World Cup Solo runner-up, Harrison "psalm" Chang, is one of many players who reached out to the @FNCompetitive Twitter account in hopes of receiving a response. No such response has taken place and Epic Games are in complete radio silence in regards to the ongoing glitched lobbies. Players now have to wait and see if the Fortnite competitive team will address the current concerns as we head into the final week of the Fortnite Champion Series Qualifiers. Numerous professional players are without hope that Epic Games will rectify the problem, but anything is possible at this point.